Of all the excess heat that results from people's emissions, 93.4% goes into oceans. Accordingly, ocean heat has strongly increased over the years. 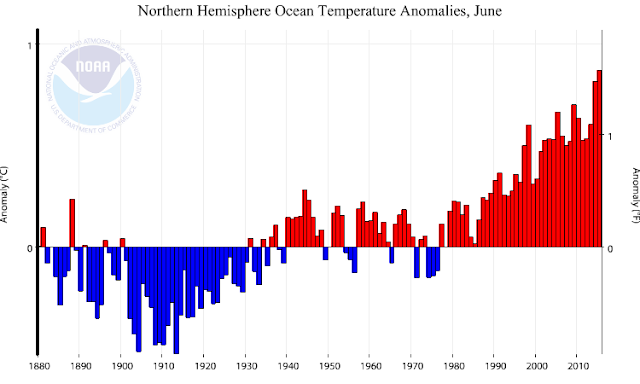 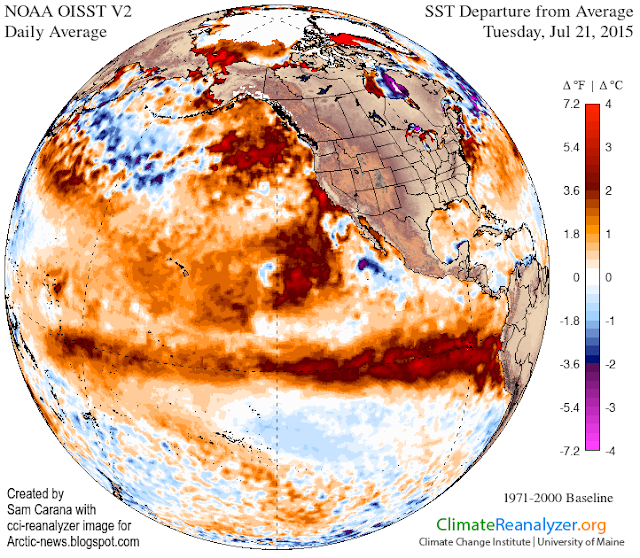 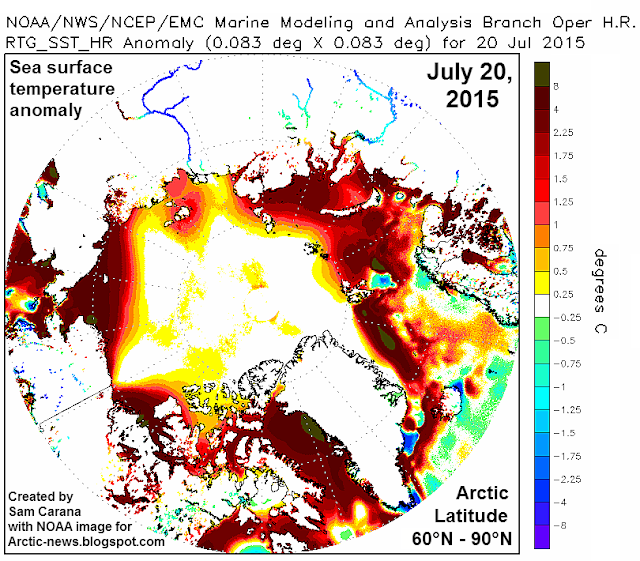 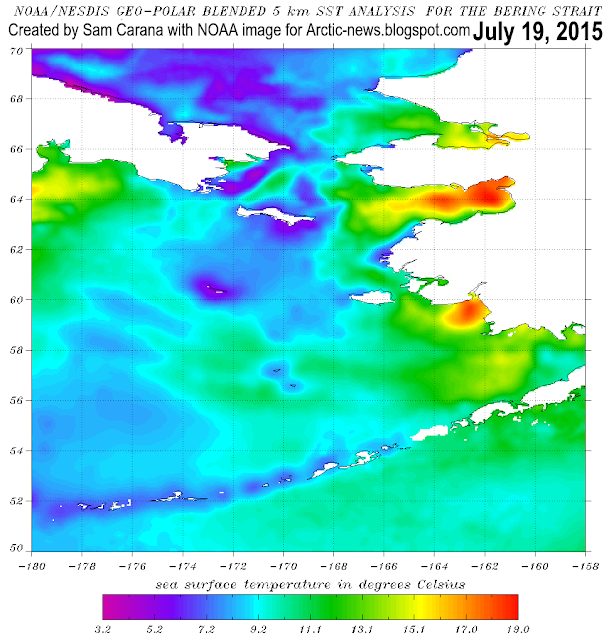 The snow depth comparison below shows the situation on July 20, 2015, on the left and a forecast for July 27, 2015, on the right. The green lines indicate areas where sea ice is at melting point. Note the decline of snow cover on Greenland and the Himalayas. 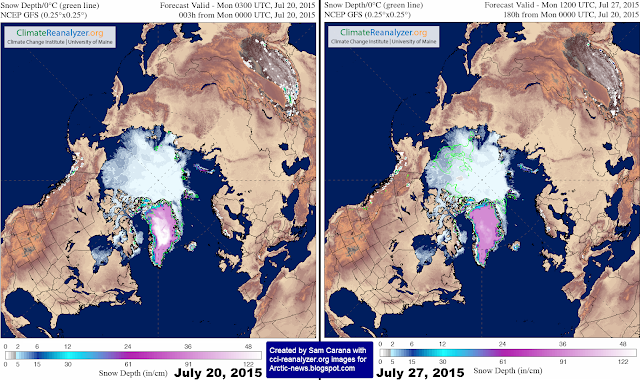 As the continued snow decline on Greenland also illustrates, high temperatures can be expected to keep causing further decline of the snow and ice cover for many weeks to come, given that the minimum sea ice extent is typically reached about half September.

The danger is that these high temperatures will cause the Arctic sea ice to collapse and unleash huge methane eruptions from the Arctic Ocean's seafloor, in turn driving temperatures up even higher and causing more extreme weather events, wildfires, etc.

The situation is dire and calls for comprehensive and effective action, as discussed at the Climate Plan.