Now why, I ask, are they emphasising this recovery at the very time when the polar ice seems to be close to collapse?

Arctic ice 'grew by a third' after cool summer in 2013 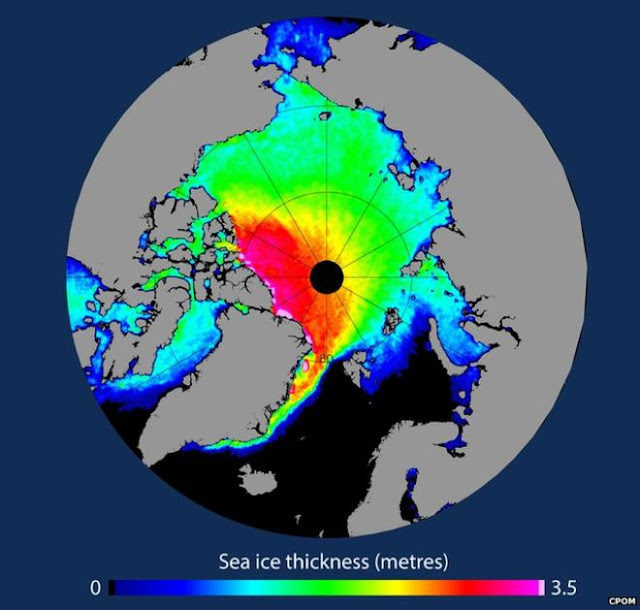 The volume of Arctic sea ice increased by around a third after an unusually cool summer in 2013.

Researchers say the growth continued in 2014 and more than compensated for losses recorded in the three previous years.

The scientists involved believe changes in summer temperatures have greater impacts on ice than thought.

But they say 2013 was a one-off and that climate change will continue to shrink the ice in the decades head.

Turn up the volume

The Arctic region has warmed more than most other parts of the planet over the past 30 years.

Satellite observations have documented a decrease of around 40% in the extent of sea ice cover in the Arctic since 1980.

But while the extent of the retreating ice has been well recorded, the key indicator that scientists want to understand is the loss of sea ice volume.

Researchers have been able to use data gathered by Europe's Cryosat satellite over the past five years to answer this question.

Researchers setting up camp on sea ice in the Lincoln Sea, north of Greenland
This polar monitoring spacecraft has a sophisticated radar system that allows scientists to accurately estimate the volume. 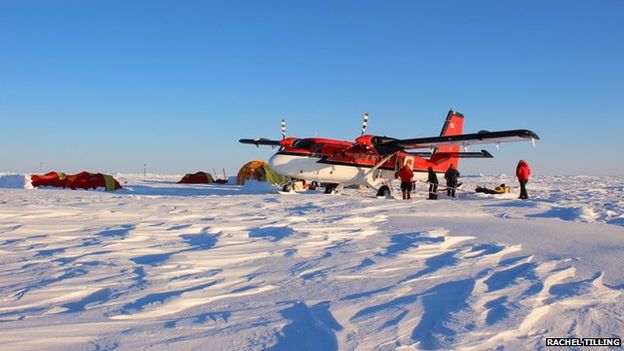 The researchers used 88 million measurements of sea ice thickness from Cryosat and found that between 2010 and 2012, the volume of sea ice went down by 14%.

They published their initial findings at the end of 2013 - but have now refined and updated them to include data from 2014 as well.

"We looked at various climate forcing factors, we looked at the snow loading, we looked at wind convergence and the melt season length of the previous summer," lead author Rachel Tilling, from University College London, told BBC News.

"We found that the the highest correlation by far was with the melt season length - and over the summer of 2013, it was the coolest of the five years we have seen, and we believe that's why there was more multi-year ice left at the end of summer."

The researchers found the colder temperatures allowed more multi-year ice to persist north-west of Greenland because there were simply fewer days when it could melt. Temperature records indicate that the summer was about 5% cooler than 2012.

The scientists believe that the more accurate measurements that they have now published show that sea ice is more sensitive to changes than previously thought. They argue that while some could see this as a positive, when temperatures are cooler it leads to an increase in sea ice, it could also be a negative when the mercury goes up.

"It would suggest that sea ice is more resilient perhaps - if you get one year of cooler temperatures, we've almost wound the clock back a few years on this gradual decline that's been happening over decades," said Rachel Tilling.

The updated data has been published in the journal Nature Geoscience.


THIS is what I remember from this time in 2013 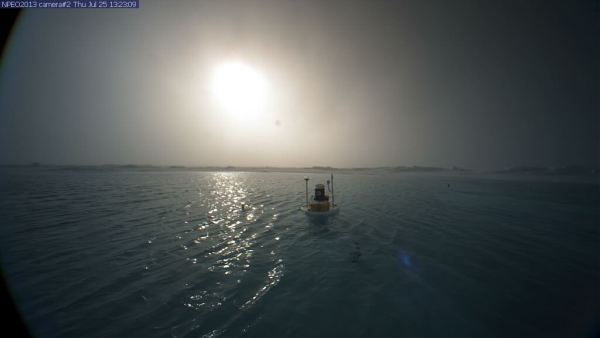 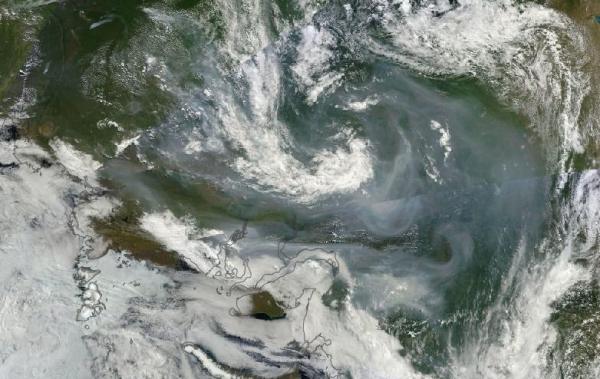 
Despite ENSO on the Cool Side of Neutral, July 2013 was 6th Hottest on Record Globally

If there were huge meltponds at the North Pole in July and heatdomes there must have been a huge cooling-off in August and September of that year.
Posted by seemorerocks at 13:44