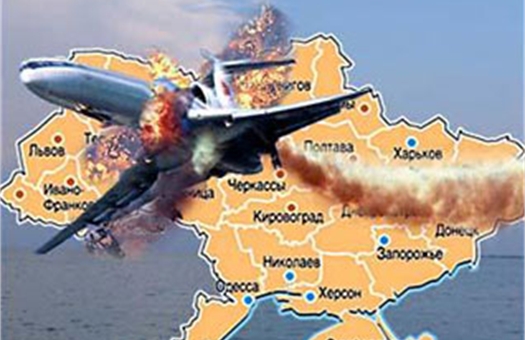 They know that the Boeing was downed by the Russians! They are always talking about it! They have concrete proof! But besides vociferous accusations for some reason nothing is revealed! On the contrary, there are hints that the "concrete proof" will never be revealed.

"With regard to criminal investigation, we set up a joint investigation team and the investigation is still ongoing. At the same time it is classified and confidential and the results will not be presented for public discussion."


Meanwhile, of course, there is talk of some kind of tribunal, where the accused will be Russia and Donbass.

I think we will not see publication of any serious evidence. Unless someone serious will jump the fence from the Ukrainian side, or something happens along those lines. From the Russian side they gave all they had. What's the point for them to be silent? But even if they had something, what difference would it make? They would publish it and so what? They are not idiots in the EU after all and know what's going on. They spit on the death of their citizens.

In the event of publication of absolute proof against Poroshenko and company there will be no tribunal. Under Kuchma Ukraine shot down Tu-154. Here's what he then said:

"Look what is happening around the world, in Europe? We are not the first and not the last, no need to make a tragedy out of it. Mistakes happen everywhere, and not only of this scale, but much bigger, planetary scale. If we do not drop ourselves below a civilized level, everything will be fine. But if we pour a bucket of mud on ourselves, then go ahead."


Was there a tribunal or any sanctions? What about the downing of an Iranian passenger jet A300, shot down by a missile launched from a US destroyer? This "civilized world" is not interested in any justice and everything they talk about so hysterically.

There will be no tribunal against Russia over the Boeing. It's not even the lack of evidence, but the fact that today, albeit not in the best manner, but Russia can stand up for itself. This, and not having any evidence, is the main condition of the absence of any kind of tribunals, such as the Milosevic trial, during which (hello to those "crying" about Magnitsky!) he died.

Almost 300 people were killed. It is a tragedy. But the West already by and large doesn't care. The precedent was used in order to start the hysteria on the subject "Putin killed 300 people" and push through serious economic sanctions. They needed this kind of hysteria, and not an objective investigation.