What's at stake for Australia in the TPP

This is what is at stake for Australia and what others can look forward to.  I looked in vain for coverage of the negotiations in the Australian media. 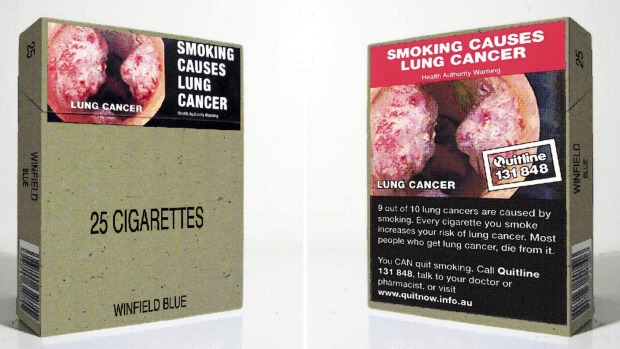 Australia's plain packaging laws have become a major test case for global tobacco companies in their fight against restrictions on sale of cigarettes.

Australia's legal bill for defending its cigarette plain packaging legislation is set to hit $50 million as it battles to contain a case brought by tobacco giant Philip Morris before a tribunal in Singapore.

And that is just for the first stage. If in September the three-person extraterritorial tribunal decides Australia has a case to answer, the hearing will move on to substantive matters and the bills will become far bigger.

The West Australian newspaper revealed on Tuesday that former treasurer Wayne Swan was called to Singapore in February to give evidence for Australia in a secret hearing.

Among the witnesses called by Philip Morris has been former High Court judge Ian Callinan, who was quizzed about administrative law.

Australia has succeeded in getting the case split into two. The first part will decide whether Philip Morris Asia has a right to bring the case.

Philip Morris Asia bought Philip Morris Australia Limited in early 2011 as the plain packaging legislation was being prepared. Australia is arguing this means it can't claim that the law hurt it, because it bought the company "in full knowledge" of Australia's intentions.

If Australia fails in September it will continue to fight the case, calling former health minister Nicola Roxon and her then departmental secretary Jane Halton as witnesses.

Philip Morris has been able to bring the case despite losing an appeal against Australia's laws in the High Court because of a so-called investor-state dispute settlement clause in an obscure Hong Kong Australia investment agreement.

Such clauses have been included in two of Australia's recently concluded free trade agreements, with Korea and China. They allow foreign corporations (but not local corporations) to sue for expropriation.

Such cases were rare until the early 1990s, but the Productivity Commission says there were 42 worldwide last year.

Speaking from Hawaii on the sidelines of talks expected to wrap up the Trans Pacific Partnership agreement with Australia and 11 other Pacific-facing nations, La Trobe University public health specialist Deborah Gleeson said she feared Australia would be unable to carve out sufficient exemptions.

Australia has asked to exempt the Pharmaceutical Benefits Scheme, Medicare, the Therapeutic Goods Administration and the Office of the Gene Technology Regulator from investor-state dispute settlement procedures.

"There is likely to be a lot of unhappiness among other countries about specific Australian programs being carved out, because that begs the question of what happens to their programs," she said.

The United States has secured an investor-state dispute settlement in each of its agreements apart from the 2005 Australia-US agreement, in which the Howard government refused to give way.

Trade Minister Andrew Robb said from Hawaii that Australia was party to investor-state dispute settlement provisions in 29 agreements and "the sun has still come up".

The talks continue until Friday.