The U.N.’s latest report on climate change is terrifying
By Sara Bernard 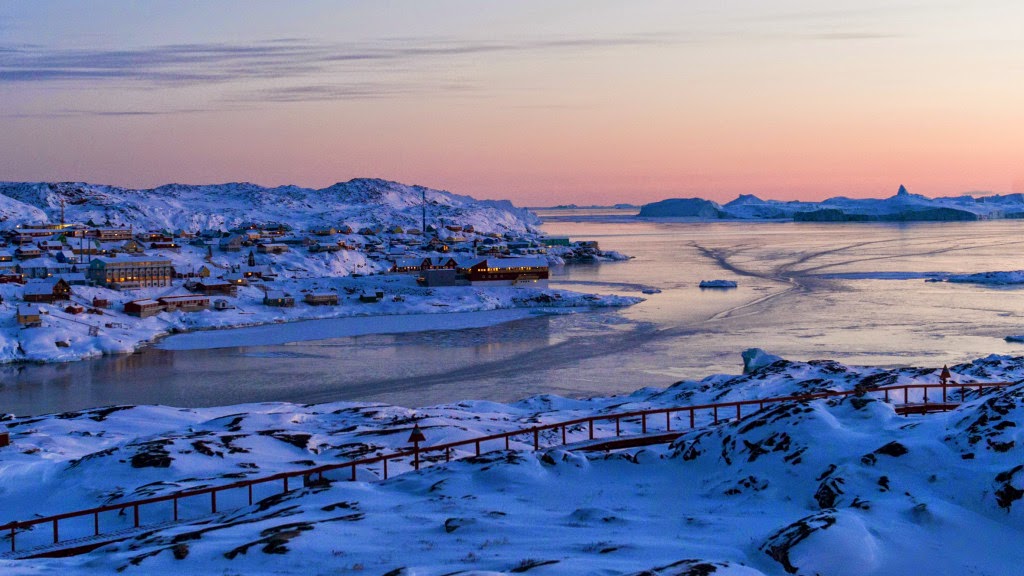 Yep, we know that greenhouse gas emissions are through the roof, and that climate change is already happening in a big, bad way, and that it’s only getting worse. But did you see the news stories about the latest draft report from the Intergovernmental Panel on Climate Change (IPCC)? They are positively horrifying! We are royally f#!@%$#cked, everybody. The key word that the report uses to describe our plight: irreversible.
From The New York Times:
The world may already be nearing a temperature at which the loss of the vast ice sheet covering Greenland would become inevitable, the report said. The actual melting would then take centuries, but it would be unstoppable and could result in a sea level rise of 23 feet, with additional increases from other sources like melting Antarctic ice, potentially flooding the world’s major cities.
The IPCC — a team of scientists and other experts appointed by the United Nations to periodically review the latest research on climate science — has been rolling out its fifth assessment report in four installments, and this draft is the latest.
While it restates many things included in earlier reports, this time it uses stronger words in hopes that you and I and everyone else will actually freak out the way we should given the circumstances. Grueling heat waves, droughts, floods, and all kinds of extreme weather are likely to continue and intensify. And the IPCC is trying to get the world to do something about it.
Using blunter, more forceful language than the reports that underpin it, the new draft highlights the urgency of the risks likely to be intensified by continued emissions of heat-trapping gases, primarily carbon dioxide released by the burning of fossil fuels like coal, oil and natural gas.
And that’s because — despite what we know — we’re not doing better at curbing emissions.
From 1970 to 2000, global emissions of greenhouse gases grew at 1.3 percent a year. But from 2000 to 2010, that rate jumped to 2.2 percent a year, the report found, and the pace seems to be accelerating further in this decade.
There is a bit of good news, though: Efforts to curb emissions have been relatively successful at the local and regional levels in many countries, and continuing to lower emissions would at least slow the pace of all this change, if not stop it.
Anyway, at least this report is a “draft,” right? “It’s not final,” The New York Times notes, and could, theoretically, “change substantially before release,” which is slated for early November in Copenhagen. But even if it does, chances are it’ll still be pretty darn grim.