Internet MANA's electoral campaign was launched today, but disrupted by the media scrum.

First off - the Party's video of the campaign launch

Then, a discription of events by Martyn ('Bomber') Bradbury 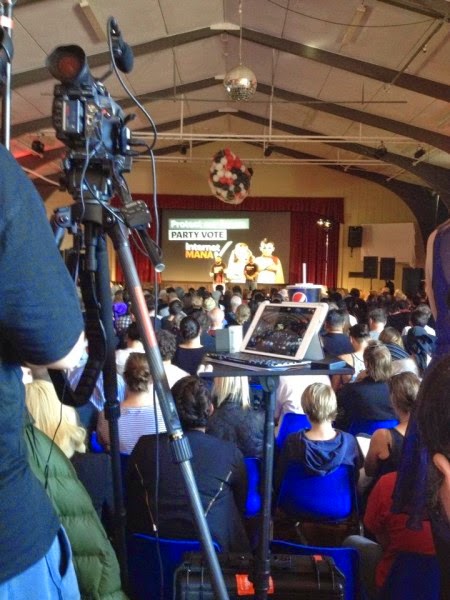 I was looking forward to the headlines. The headlines were a train wreck .

Internet MANA launch their campaign after an extraordinary road tour and after gaining 4% in the Colmar Brunton Poll, today should have been the start point for a momentous occasion in progressive political history.

It was, but sadly most won’t know it.

The venue is packed and full. Much talk about Dirty Politics and the astonishment at how Key and Co have managed to get away with so much. The early voting campaign they are about to launch will be the most sophisticated in NZs political history and I think will ensure them a shot at 5%+.

The energy and the passion is vibrant. There is an air of excitement that rarely seeps into the moribund monolithic larger parties. Change and hope are here.

“We are going to take NZ back from the Americans’ roars Kim Dotcom after he reels off what has become a well worn speech he has given up and down the country over the last few months. He tells the delightful story of hacking NASA (to find out if there are aliens), hacking a bank (to give Greenpeace $20million) and hacking the credit rating of a politician. Hilarious stuff, but I noted how TV3s Brook Sabin stiffened as he heard these stories. I don’t think many of the media there had heard these tales before and suddenly sensed a scoop in connecting Kim to the recent hacking of Slater.

That ugliness comes later. But I remember thinking to myself, ‘he thinks this story is something new’.

For the record, I don’t think Kim had anything to do with the hacking of Slater’s computer. Nicky Hager is a man of integrity and honour, and if he says the source was not Kim Dotcom, then it was not Kim Dotcom. My own personal theory is that it is activists loosely associated with Anonymous NZ who have taken utu on Slater for his horrifically insensitive comments about a young South Island man who died in a car crash.

Back to the event. 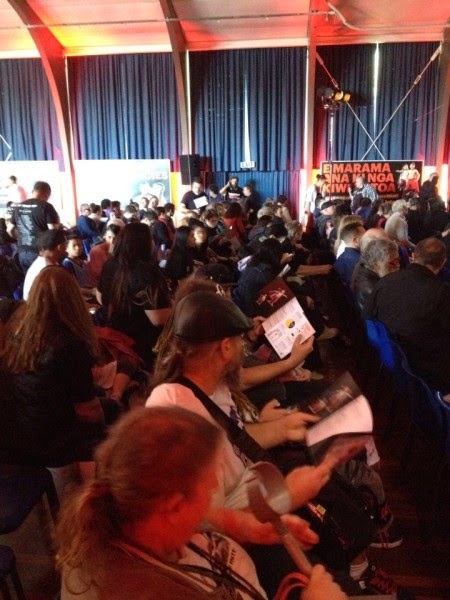 Internet MANA have just announced full employment as a goal. The place goes nuts. It’s Laila’s turn now. She is one of the great progressive politicians of our generation and watching her gather an army to do battle on the political battlefield is one of the most exciting things in left wing politics right now. The lofty aim of full employment is tempered by economic plans to use ACC reserves to work for job creation. $1.4b per year to go into community, council and Iwi projects to build jobs.

To put the cherry on that cake, Laila reinforces the free tertiary education policy. For those who would complain that tertiary students shouldn’t get that kind of subsidy, I’d point out that every graduate needing a student loan passes the cost of servicing that loan onto everyone else in the cost of the services they end up providing – the only person who wins from students loans are the bloody banks! Making Gen Y as indebted as Gen X isn’t progress, it’s time to provide for younger generations the way we provide for the older generations.

It was a success. It was clever. It was passionate.

I was looking forward to the headlines. The headlines were a train wreck.

The media thought they had a scoop with Kim’s hacking tales and immediately started a feeding frenzy that Internet MANA weren’t prepared for. The horror at watching an amazing set of policy launches getting boiled down to questions that had nothing to do with those policies prompted a response by Pam that while entertaining, managed to get used to eclipse the entire event.

At least National had their bullshit housing policy covered before the media got stonewalled trying to ask legitimate questions about actual evidenced behaviour of Key’s staff and Ministers. Internet MANA didn’t get the same curtesy.

Internet MANA might get around 5% this election, and that would be an extraordinary political win, but if the nation gets to hear about free tertiary education and full employment it could be 7%.

It’s a kick in the guts that the nation didn’t get to hear that tonight.

The NZ presstitutes, Cameron Slater's media sluts – could take a lesson from RT News on how to do proper journalism 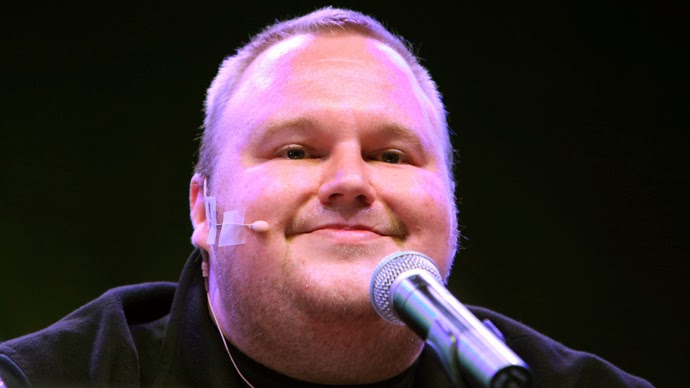 The Internet Mana campaign has kicked off in New Zealand, with the new political party founded by the Megaupload owner promising 100,000 new jobs, free higher education, and 100 percent renewable energy by 2015.

Kim Dotcom was named the nation’s "newest super hero" and he expressed high hopes for the party. "I can tell you right now we will get over 5 percent in this election," he said, as quoted by the New Zealand Herald.
New Zealand should get rid of close ties with the US, according to Dotcom.
"We're going to take this country forward and take this country back from the Americans," he said also addressing the country’s premier John Key: “We are going to stop your national disaster. [...]There is no rock star economy in New Zealand." 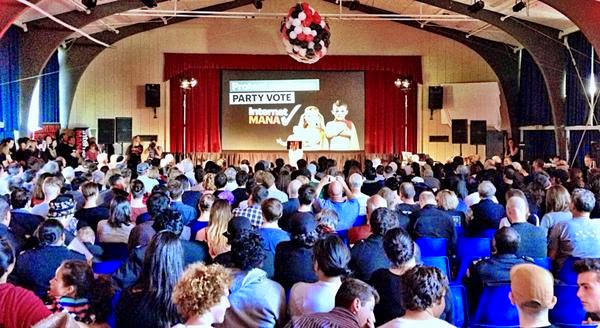 Live from the #InternetMANA campaign launch. On the road to 7.8% and a change of Government.


During the meeting, the party’s policies were announced.
If elected, Internet Mana pledges to spend $1.1 billon per year over the next five years to set up short-term jobs for young people, young single parents, students, and the long-term unemployed. This would be achieved via community projects, such as school food programs, waste management, and recycling initiatives, the One News media outlet reported.


“There is a need to act rapidly and on a large scale to provide meaningful work in communities and to develop a digital and technology savvy workforce on which our economic future will depend. Internet MANA is promising an explosion of creativity and entrepreneurship at all levels,” the party’s press release stated.

“We will resource job-rich, community economic development initiatives, short term job creation and a significant plan for the development of a world leading digital industry workforce,” it also read.

A digital workforce is also expected to be created, with 50,000 permanent jobs, and a budget of $400 million a year.
Internet Mana also plans to cancel students’ loans debts. 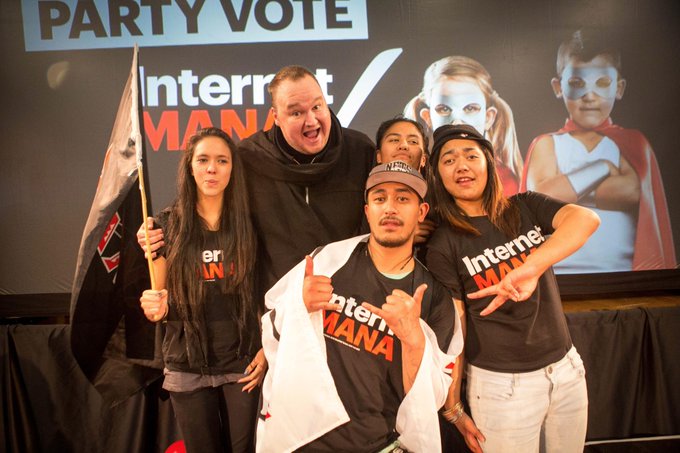 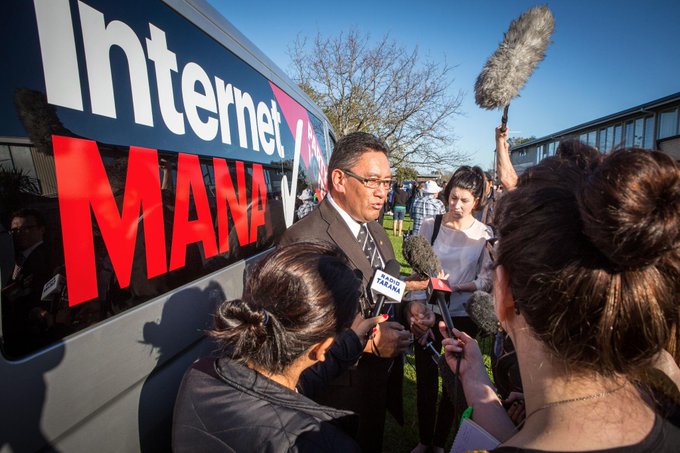 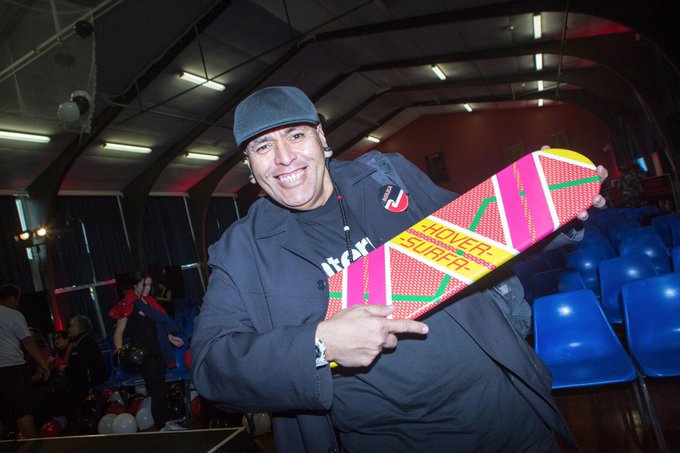 
Dotcom described Laila Harre, who heads the party, as “an amazing leader.” Harre, in her turn, praised the "humanity, compassion and capacity for sheer hard work" of Hone Harawira and Kim Dotcom, the founders of the party.

"Today is a celebration of the possible," she said, as cited by the New Zealand Herald.

However, the meeting ended in uproar when the subject of hacking was mentioned.
Dotcom made reference to hacking in his speech, saying he had hacked the“German credit rating system,” and journalists wanted to ask him if it was linked with Dirty Politics, a book based on the letters to and from blogger Cameron Slater, containing communications with New Zealand’s premier and the country’s ministries.
Afterwards, Dotcom’s press secretary Pam Corkery reacted angrily, using strong language against journalists, saying:
“He doesn't want to. He said three times, 'I don't want to give you an interview.' He's not a candidate. He doesn't owe you anything.”

Here is the version of events from TV3 journalist, Brook Sabin who proved disinterested in reporting anything about Internet MANA's policies, but were there only to interview Kim Dotcom and who broke up the procedures when they were met with an understandable refusal.

Go Pam Corkery, for calling a spade a spade!

You're my hero of the day!

Pam Corkery is a journalist herself and formerly and Alliance MP

One of her great lines is” "Politicians are, by and large, far more self-deluding, devious, bloated, insecure, egocentric wankers than I had feared." 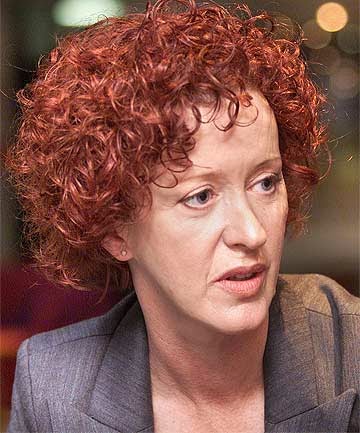 The Internet Mana election launch has ended in disaster, with Kim Dotcom running from the building as journalists were sworn at.

It all started after Dotcom made reference to hacking in his speech, and when journalists wanted to ask him more, whether it was linked with Dirty Politics, it turned ugly.

"You puffed-up little s**t," she said. "He doesn't want to. He said three times, 'I don't want to give you an interview.' He's not a candidate. He doesn't owe you anything. When will you glove puppets of Cameron Slater just piss off?"

Dotcom denies he's the hacker behind Dirty Politics, but at the party's campaign launch today said this.

But he didn't want to talk about his comments afterwards.

The abuse started when we were filming, explaining Dotcom was in hiding.
"We've talked about jobs today and people living in poverty." said Corkery. "You want to interview Kim, who said no interviews, about a 19-year-old story. You work in news!"

And while that was going on, Dotcom ran to a waiting car to make a quick getaway.

Earlier, at the start of the launch, we briefly caught up with Dotcom to ask if he knew anything about the Twitter account Whaledump, which claims to be the hacker behind the Dirty Politics book.

So the Internet Mana launch ended in disaster, with talk of hacking, Dotcom running off and media abuse.

Internet Mana says it wants to disrupt this campaign, and it has now taken that to a whole new level.

And TV1 "coverage"GO HERE
Posted by seemorerocks at 22:11