The other day I went out on a limb in suggesting that the James Foley beheading video was a fake.

Now the esteemed British daily, the Telegraph comes to the party


Analysts believe the British jihadi in the video may not have been James Foley's killer, although it is accepted that the journalist was murdered 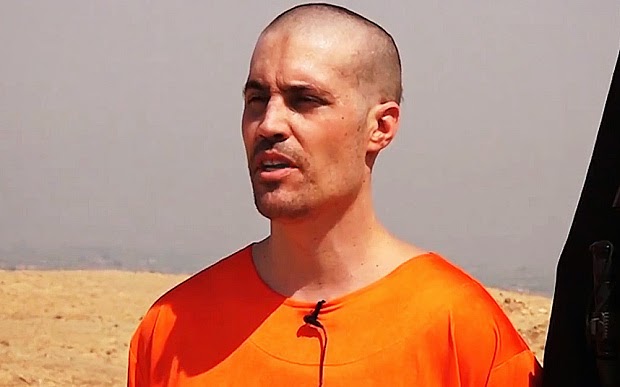 The video of James Foley’s execution may have been staged, with the actual murder taking place off-camera, it has emerged.

Forensic analysis of the footage of the journalist’s death has suggested that the British jihadist in the film may have been the frontman rather than the killer.
The clip, which apparently depicts Mr Foley’s brutal beheading, has been widely seen as a propaganda coup for Islamic State miltant group.

But a study of the four-minute 40-second clip, carried out by an international forensic science company which has worked for police forces across Britain, suggested camera trickery and slick post-production techniques appear to have been used.


A forensic analyst told The Times that no blood can be seen, even though the knife is drawn across the neck area at least six times.

“After enhancements, the knife can be seen to be drawn across the upper neck at least six times, with no blood evidence to the point the picture fades to black,” the analysis said.

Sounds allegedly made by Foley do not appear consistent with what may be expected.

During Foley’s speech, there appears to be a blip which could indicate the journalist had to repeat a line.

One expert commissioned to examine the footage was reported as saying: “I think it has been staged. My feeling is that the execution may have happened after the camera was stopped.”

However the company, which requested anonymity, did not reach a definitive answer.


It concluded: “No one is disputing that at some point an execution occurred.”
Posted by seemorerocks at 14:02