Assange to help Dotcom drop 'bombshell' on Key
Kim Dotcom has revealed to ONE News the big international name who will play a role in the bombshell he'll drop on the prime minister. 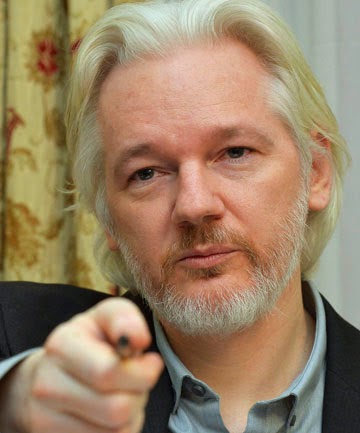 
He says WikiLeaks founder and fugitive Julian Assange, who's holed up in Ecuador's London embassy, is set to take part in a pre-election attack on John Key.

"I can give you a hint. Someone who is currently locked up in an embassy might be on a live video link," Mr Dotcom said.

Mr Dotcom had warned something big will come out on September 15, just five days from the election.

He has already hired journalist Glen Greenwald, who made public the Edward Snowdon leaks. Now the addition of Mr Assange confirms the September 15 event will be about New Zealand's spying.

Asked will September 15 do more damage to Mr Key than the Dirty Politics book has, Mr Dotcom said: "I think so."

Mr Dotcom told ONE News Ms Corkery is safe in her job with the Internet Party and with its leader Laila Harre.

"You know, she apologised. I made a funny tweet about it today saying Pam's office has done something unwise and that she is on her final, final, final warning" he said.

Ms Corkery's abuse was the result of media attempts to question Mr Dotcom about potential links to the Whaledump hacker after this comment by Dotcom yesterday: "I hacked our German credit ratings system and put our prime minister's credit rating to zero because I didn't like the guy. And you have all figured by now there's another prime minister I don't like."

Asked today does he have anything to do with Whaledump, Mr Dotcom said: "Absolutely not."

And September 15 won't be the only showdown between Mr Dotcom and Mr Key in the election campaign. The Internet Party will hold its election night function at The Cloud on Auckland's waterfront with Mr Key and National just a few hundred metres away at the Viaduct Events Centre.

"He is a big figure, of course co-founder of WikiLeaks. That's going to draw international attention in itself," Dann said.

But he says he thinks John Key is "far more prepared" for revelations of spying and that Mr Key believes the public will be reasonably forgiving if there are some embarrassing leaks about New Zealand's spying activity.

Internet Mana Party leader Laila Harre says she is disappointed with the media after attention focussed on an outburst from the party's press secretary rather than their policies at their campaign launch.

Pam Corkery lashed out at media who were requesting an interview with Kim Dotcom, calling a reporter a "puffed up little sh**".

"As soon as it happened Pam came to me, she alerted me to the incident, she was enormously apologetic for losing her cool with the media pack," Ms Harre told TV ONE's Breakfast.

She said the media had been told beforehand there would be no interviews with Mr Dotcom, but instead of focussing on the party's policy on employment reporters decided "to pursue an agenda" to try interview the party founder.

"So I was really disappointed with the media's approach to the coverage of our launch," she said.

Reporters wanted to ask Mr Dotcom about comments he made in his speech about hacking a German credit rating system, but Ms Corkery told them: "You want to interview Kim, who said no interviews, about a 19-year-old story. You work in news you puffed up little sh**."

Ms Harre says Mr Dotcom has told the story many times during the party's roadshow events around the country and it wasn't an explosive revelation.

"The next line in that story is when he went before the judge, the judge said, 'you've obviously got some smarts here why don't you use those to help these companies to help the Government improve its computer security'.

"He went to his Government and made an application for a loan, got a $1,000,000, 20 year interest free loan which he was able to use to create 50 jobs in his first year of operation and to pay off the loan in the second year.

"The point of the story is to show what is possible when you have a Government with resources and funds and commitment to supporting innovation."

Ms Harre says "it was an unfortunate juxtaposition of events", that Mr Dotcom's story about hacking was told when some are accusing him of being behind the breach which led to the Dirty Politics book. 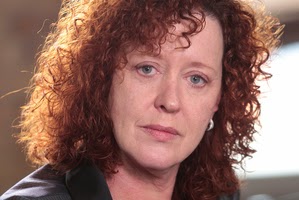 Internet-Mana Party press secretary Pam Corkery offered to resign after swearing at journalists at the party's launch at the weekend, but she says she won't apologise to the reporters.

Corkery rounded on media at the launch of the party on Sunday when questions were asked about the party's founder Kim Dotcom's involvement in historic computer hacking.

She told them to "piss off".

"We've talked about jobs today and people living in poverty. You want to interview Kim, who did say no interviews, about a 19-year-old story," she said.

Today, Corkery said that immediately after the incident she apologised to party co-leader Laila Harre.

"We're worried about young people not voting - in the big list of things that are happening this is not one of them that we worry about," she said.

"There will be no apology to the media, I've apologised to Laila Harre, who I work for."

Meanwhile, RadioLive presenter Sean Plunket has apologised to 3News political editor Patrick Gower for tricking him into coming on air and ambushing him with questions on Nicky Hager's book Dirty Politics.

At the start of his 9am show today, Plunket said that he tricked Gower into coming on-air "under false pretenses" on Friday.

He suggested Gower knew about the book in advance, and in particular the material relating to Justice Minister Judith Collins, despite having no evidence to support the claims.

"I apologise for any comments I made that have undermined Patrick's professional reputation," Plunket said.

This episode features prominently in Chapter 5 of “Dirty Politics” but, until now has not received any media attention 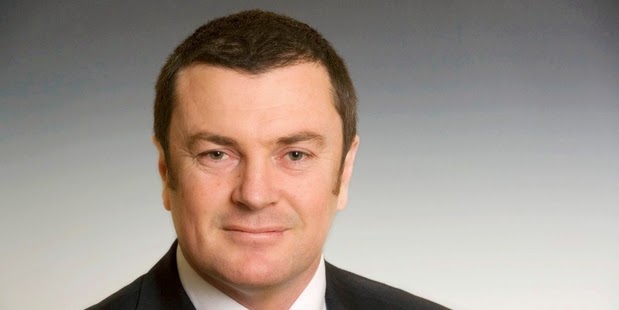 National Party member Brent Robinson says he is disappointed and upset about what he calls an "atrocious" smear campaign during the Rodney candidate selection in 2011, as outlined in Nicky Hager's Dirty Politics.

And although speaking out will do the party no favours, he hopes it will see politics cleaned up.

Mr Robinson was one of five hopefuls for the Rodney selection in 2011, eventually won by Mark Mitchell, who went on to become MP.

Emails between Mr Slater and Mr Lusk appear to show they wanted him to win, and discussed payments from him; Mr Mitchell has emphatically denied ever paying either of them.

Whale Oil attacked Mr Robinson for his "cult" religious beliefs that could poison the party, and accused him of stacking the branch with members of his local church.

Blog posts then turned on candidate Scott Simpson, calling him "negative", "too old", and "not particularly likeable". Mr Simpson eventually left to stand in, and win, the Coromandel seat. Mr Robinson said the accusations were "absolute rubbish".

"Things that were said were pretty atrocious ... To have that sort of stuff written about you, to have reporters turn up at my children's school and outside my office from stories that were deliberately leaked as part of the smear campaign, it was very upsetting for all of us."

He was considering legal action - though as a last resort.

"It was my character and reputation that was targeted ... There's no upside in this for me, and probably no upside for the National Party. But the fact is that it took place, and there's no place for it."

Mr Robinson said he approached Mr Lusk in 2011 for help with speech writing, but was turned down because Mr Lusk was working for a rival.

Mr Mitchell said Mr Lusk had given him guidance on speeches and brochures.

"He was never working for me, he's never had an official role with me." Mr Lusk could not be reached for comment.

Mr Mitchell said the narrative in Dirty Politics was completely false, and he was considering legal action.

Jennie Georgetti, Rodney branch deputy chairwoman at the time, said the selection was fair and robust, and it was far-fetched to suggest Whale Oil had had an influence. Mr Slater said via email: "Everything I wrote was true and to cap it off it is up to the delegates in Rodney to choose."

Asked to comment on emails that suggest he was paid by Mr Mitchell and pushing for him to win, he said: "Don't care what Nick Hager has published out of context. Never received a cent from Mark Mitchell."