How much tax does John Key pay compared to a minimum wage worker??
By John Minto 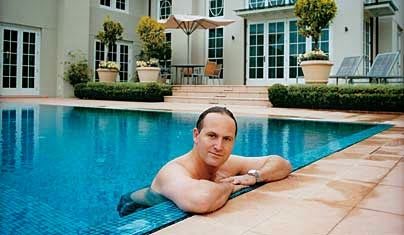 Yesterday I did some calculations to find out what tax John Key pays compared to a worker on the minimum wage.

Yesterday I did some calculations to find out what tax John Key pays compared to a worker on the minimum wage. And I put out this media release for the Mana Movement:
MANA Movement Economic Justice spokesperson John Minto is calling for a radical overhaul of New Zealand’s taxation system with calculations showing that a minimum wage worker pays a ten times higher tax rate than the Prime Minister.
Minimum wage worker 28% tax
Prime Minister 2.8% tax
The minimum wage worker on 40 hours per week earns $29,640 and pays $4,207 in income tax and $4,149.60 in GST giving a total tax of $8,356.60 or 28% of income.
On the other hand the Prime Minister earns $428,000 from his PM’s salary along with this year’s $5,000,000 increase in his wealth (according to NBR’s rich list) which gives him a total income of $5,428,000. On this total income he pays just $132,160 in income tax and approximately $21,400 in GST giving a total tax of $153,560 or 2.8% of income.
This is a national embarrassment. Those least able to pay are under a heavy tax burden while the super-rich pay peanuts.
The National government and its attack bloggers refer to the working poor as scum, bludgers and ferals but it’s clear the real problem is with the top 1% of income earners who get all the benefits of taxpayer funded facilities and services but don’t pull their weight paying for them.
Cleaners, fast-food workers, hospitality workers and security guards are all heavily subsidising the lifestyles of the superrich.
These figures show we need an overhaul of our tax system so the Prime Minister and his rich-list colleagues pay their fair share.

MANA Movement policy addresses this by -
A robust capital gains tax paid at the same rate as the person’s income tax
A financial transactions tax on currency speculation to replace GST (Note: GST hits families on low incomes the hardest because the poorest 10% of income earners pay 14% of their income on GST while the wealthiest 10% pay less than 5% of their income on GST)

An inheritance tax on estates over $500,000. (National abolished inheritance tax in the early 1990s allowing wealthy family dynasties to flourish at the expense of everyone else.