Hip-hop song about PM is 'offensive'

Without doubt extremely tasteless and inappropriate it is also a natural reaction on the part of young people to the phenomenon of a criminal government.

"It is John Key who brutalised this country not Hip Hop

PM death threat in hip hop song
An Auckland hip-hop crew slammed for releasing a song with lyrics that apparently include a threat to kill Prime Minister John Key are urging young people to enrol to vote. 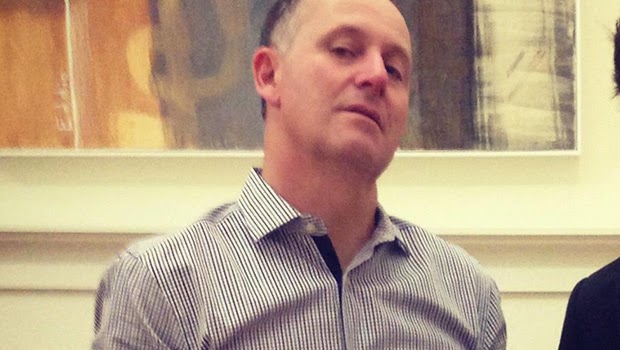 Kill The PM, by @peace, depicts a golfing, luxury car-driving Key, and says he should die - "ain't doin' nothin' so I'm gonna kill the prime minister".

It continues: "I been tryin' to get a job but they got none/so I instead I got a sawnoff shotgun/and 'pop'."

"Police is aware of the track - it is currently being assessed to determine any issues from a police perspective."

The Electoral Commission was not available to comment but confirmed they were also evaluating the song's lyrics.

The @peace crew is fronted by Tom Scott, formerly of Homebrew, along with Lui Tuiasau and Hayden "Dick Dastardly" Dick.

The group declined an invitation to speak about their song last night but today released a statement via Facebook.

In it, they urge young people to enrol to vote and explaining that @peace was not making genuine threats against the Prime Minister, nor planning to have sex with his daughter, Stephanie Key, as also suggested in the lyrics.

The most recent figures available from the Electoral Commission show that almost 124,000 of people aged under 25 who are eligible to vote have not yet enrolled.

The Facebook post from @peace urges supporters to defend their right to critique political leaders and make sure they vote.

In the lead-up to the 2011 election, Homebrew released a track attacking tax cuts for the rich and a low minimum wage.

Key was today reluctant to comment on the song.

‘‘I just don't think it's worth dignifying with a response,’’ he said.

He said it made him uncomfortable his daughter was targeted in the lyrics.

Last night a spokesman for Key said the PM had no plans to listen to the song.

"He will leave it to others to judge."

Kill the PM, which is available for download, is also being hosted on Internet Party founder Kim Dotcom's file-sharing site Mega.

Dotcom tweeted about the song today:''For the record: A song about killing John Key is a S..T song and unlawful too. Please report #Mega links to our takedown team.''

Kim Dotcom @KimDotcom · 4h
For the record: A song about killing John Key is a SHIT song and unlawful too. Please report #Mega links to our takedown team.


''I know a lot of you are angry. But violence is not the way. Your weapon is your vote. Use it. And tell others to use it too," he said in another tweet.

Kim Dotcom @KimDotcom · 3h
I know a lot of you are angry. But violence is not the way. Your weapon is your vote. Use it. And tell others to use it too.

@peace received $6000 in funding from NZ On Air last month to make a music video for their track Gravity.

Homebrew boasted a substantial Kiwi fanbase, and were nominated in four categories at the 2012 New Zealand Music Awards - winning one award.

I don't in any way condone this sort of message, but think the most appropriate response on the part of the authorities would be to ignore it and let it go away.

But as with Planet Key, which IS a harmless bit of satire we have seen that is not the mood of the authorities.

I believe in people making up their own mind - so am posting the song.

so just maybe their intention wasn't all bad?

Now that I have your attention, may I remind you that

I do not want to literally kill this man. I do not wish to have sexual relations with anybody related to him. Let's not pretend a silly little song ever changed anything. Last I seen famine was still going pretty strong since 'Heal The World' came out. It's just a song. No different from Thatcher era punk. Anyone ever heard "Maggie you're a cunt"..?

What's important is that we ENROL TO VOTE so that we have a chance to select someone to represent us who understands the concept of empathy.

Please respect my right to express my disappointment for the leader of our country.