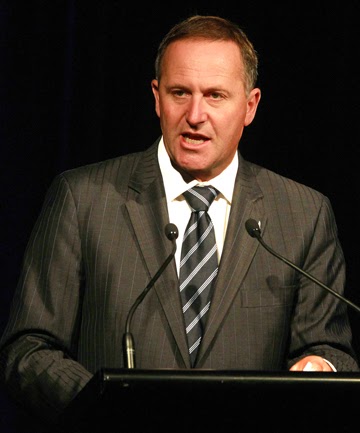 As I argued in the Hollow Men, the trick of political media management is not to get this or that press release covered; it is about 'framing' how journalists perceive issues. The National Party strategies described here were designed to make their opponents seem incompetent and untrustworthy, and they worked whenever as happened with the Liu letter, the journalists in effect joined in their attacks.

Which brings us back to the quote from Simon Lusk in the first chapter. "There are a few basic propositions with negative campaigning that are worth knowing about. It lowers turnout, favours right more than left as the right to continue to turn out, and drives away the independents". In short, many people simply stop participating in politics. This politicians cannot be trusted, if politics looks like a petty or ugly game and if no one seems to be talking about the things that matter, then what's the point of bothering to participate? Just leave it to them. Innovations in the US Republican Party thinking on this point: election tactics do not have two be just about winning votes; they can be equally effective if groups of people in society just stop voting altogether. We should not assume that everyone thinks low voter turnout is a bad idea.

Sitting in the midst of the negative politics was John Key. For years Jason Ede had been working in his office, two doors along the corridor, co-ordinating attack politics for the National government. When Key first arrived back in New Zealand as a millionaire businessman and jumped into a safe National Party seat, it emerged that his nickname while he worked as a currency trader had been 'the smiling assassin'. But he had already been cultivating his friendly rags to riches story and for his first years in politics people simply did not believe it. But the Mr Nice Guy brand, as John Ansell called it, had gone hand in hand with the National Party attack machine throughout his years in government. As part of this, Key had inevitably become closer to and more reliant upon Cameron Slater.

This brings us full circle to the start of the book and Slater's gratuitous insult about the young 'feral 'who died in Greymouth and 'did [the] world a favour'. In the ferocious public backlash that followed, Slater's friends rallied around to support him. According to Slater talking on Facebook, one of those who phoned him to commiserate was John Key.

It was five days since Slater had written the grossly insulting post and, as usual, he was talking over events on Facebook with this buddy, Russell Beaumont (Barnsley Bill). Beaumont raised the subject of the young man's outspoken and grieving mother. Slayter replied, "why would I apologise to that slut?" Beaumont said, "You were never going to apologise anyway". Slater was feeling justified about what he had done. "JK (as usual short hand for John Key) rang me," he said. In Slater's words, Key had told him that the dead man's mother was " the same feral fucking bitch that screams at him when he goes to pike river meetings". It seems unlikely that Key would have used such language, but it is clear he had rung to reassure Slater that he should not feel bad about upsetting the mother. When the rest of the country was feeling appalled by Slater's offensiveness, the Prime Minister of New Zealand was calling to show the support.

Slater's comments about the man's death are what apparently led to his website being taken down and eventually to the leak of the information that allowed this book to be written. So it is perhaps fitting that Key should share in this political karma. The retaliation against the remarks exposed both Key and Slater, the friendly and unfriendly faces of National, who secretly collaborated throughout a period of dirty politics.
Posted by seemorerocks at 14:44