When the Nicky Hager revelations came out about Minister of Justice, Judith Collins leaking details of a public servant (including his email signature) to Whaleoil's Cameron Slater, the Green Party made a complaint to the privacy commissioner.

The commissioner turned down the request on the grounds of 'insufficient public interest' and because the request didn't come from the public servant, Mr Pleasants.

Collins claimed that this mean that she had been 'cleared' by the privacy  commissioner.

She has been forced to backtrack on that claim, while Simon Pleasants has confirmed that he will not be making a complaint.

Here are the details. 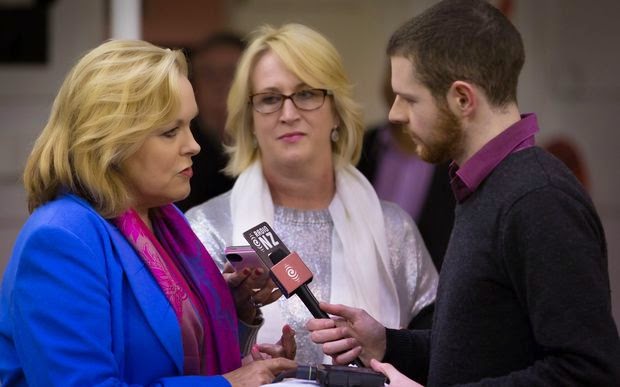 The Justice Minister, Judith Collins is insisting she has been cleared of any wrongdoing by the Privacy Commissioner over her disclosure of the name and job title of public servant Simon Pleasants to the right wing blogger, Cameron Slater.

Metiria Turei of the Green Party was interviewed

Collins forced to backtrack over claim she'd been cleared 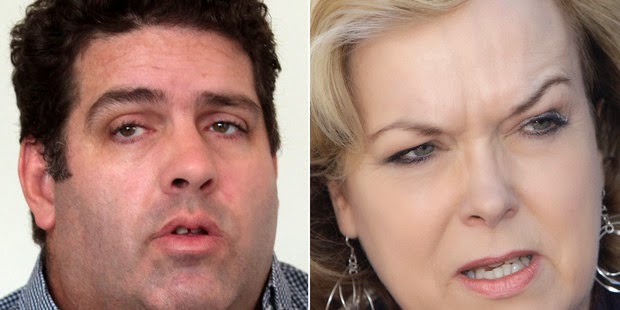 Under-pressure Justice Minister Judith Collins has had to backtrack this morning, after mistakenly saying the Privacy Commissioner had cleared her of wrong-doing in giving the details of a public servant to Whale Oil blogger Cameron Slater.

But Privacy Commissioner John Edwards did no such thing, and suggested that he would investigate if the public servant in question, Internal Affairs official Simon Pleasants, laid a complaint.

Ms Collins' actions were exposed in Nicky Hager's Dirty Politics. She gave the details of Mr Pleasants to Mr Slater, who published them, leading Mr Pleasants to be abused on his WhaleOil blog.

The blog accused Mr Pleasants of leaking information to the Labour Party - which he has said is completely false - and he was subsequently the target of death threats.

Prime Minister John Key has called Ms Collins' actions "unwise" and put her on a final warning, but has stood by her amid calls for her resignation.

The Green Party asked the Privacy Commissioner to investigate the matter, but he declined.

Last night Ms Collins, who has championed legislation on cyber-bullying, told Radio New Zealand: "I have been cleared by the Privacy Commissioner... and I do not want to go into any detail on matters which are currently the subject of multiple complaints."

In a post yesterday, Mr Edwards said the law was there to protect the right of a person to determine what personal information is put into the public domain.

"That purpose would not be served if we were to investigate a complaint in a highly politicised and publicised environment that is neither on behalf of, nor supported by, the affected individual."

The complainant - the Greens - did not have sufficient personal interest, he said.

This morning Ms Collins' office issued a statement saying she had got it wrong.

"The Minister interpreted from media reports that she had been cleared by the Privacy Commissioner as he would not take a complaint from the Green Party further due to lack of personal interest.

"The Minister understands her interpretation was incorrect as should a complaint come directly from Mr Pleasants - the PC would consider it."

Radio New Zealand reported this morning that Mr Pleasants was not going to lay a complaint because it was a political matter, and he is a neutral public servant.

On Radio New Zealand this morning Green Party co-leader Metiria Turei said she had not discussed the matter with Mr Pleasants before she made a complaint on his behalf to the Privacy Commissioner.

"We now have a cabinet minister who has admitted to passing on private information she obtained as a minister to Cameron Slater that led to the public disclosure of the information.

"We have a serious public interest in investigating that claim and the only agency who can do that is a genuinely independent one from the political realm," Ms Turei said.

Ms Collins last night refused to be drawn on whether she had effectively engaged in cyber-bullying by passing on Mr Pleasants' details, but she said she did not condone the death threats.

"It's the sort of thing that happens, and it's really unfortunate ... Those sorts of things are criminals activities that should be investigated and any complaints obviously made to police."

She defended her friendship with Slater.

"That is the nature of friendship. You put up with your friends no matter what if you're a loyal friend. And I'm a very loyal person."

The public servant involved, Simon Pleasants, has indicated he will not make a complaint against Collins.

He is still employed by the Public Service

Public servant Simon Pleasants will not involve himself in any political push for the Privacy Commissioner to investigate Judith Collins over her giving information on him to a blogger, he says.

Ms Collins passed personal information about Mr Pleasants to right-wing blogger Cameron Slater, who subsequently attacked him on his website.

Privacy Commissioner John Edwards has said he will not to open an inquiry without the support of Mr Pleasants, and that the complaint came from the Greens rather than Mr Pleasants himself.

Mr Pleasants told Radio New Zealand he would not be getting involved in any political moves and had not complained to the Privacy Commissioner.

Earlier this morning, Ms Collins retracted her claim that she had been cleared of leaking private information by the commissioner, saying that her interpretation, based on media reports, was incorrect.

She has since admitted emailing details about Mr Pleasants, including his phone number, to Mr Slater in 2009.

Ms Collins last night appeared at a public "meet the candidates" meeting in the rural town of Drury in her Papakura electorate.

Before the meeting, she told Radio New Zealand she did not condone the death "unfortunate" threats.

However, she would not say whether she approved of Mr Slater's posts, which accused Mr Pleasants of leaking information over Finance Minister Bill English double dipping on his housing allowance, without any evidence. 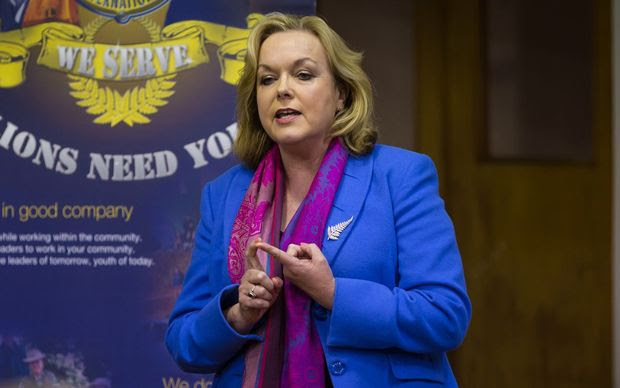 "I have been cleared by the Privacy Commissioner... and I do not want to go into any detail on matters which are currently the subject of multiple complaints," she said.

But in a brief statement this morning, Ms Collins said her interpretation was wrong and, should a complaint come directly from Mr Pleasants, an inquiry could be opened.

But she told Morning Report Mr Pleasants was in a difficult position because he was a public servant employed by the government.

"We have to remember there is a significant power imbalance here. He is a public servant. He is employed by the government," she said.

"Making a complaint against a very senior cabinet minister in the middle of an election campaign is a very big deal."

However, she was gathering more information and would ask Mr Edwards to reconsider his decision, she said.

Ms Collins refused to be drawn on whether she had effectively facilitated cyber-bullying by passing on Mr Pleasants' details.

"Actually, no. We're not going to talk about details of a matter which are currently with police... if I did, I would then be accused of trying to influence the police."

As Justice Minister, Ms Collins is responsible for and has championed anti-cyber-bullying legislation introduced to Parliament last year. 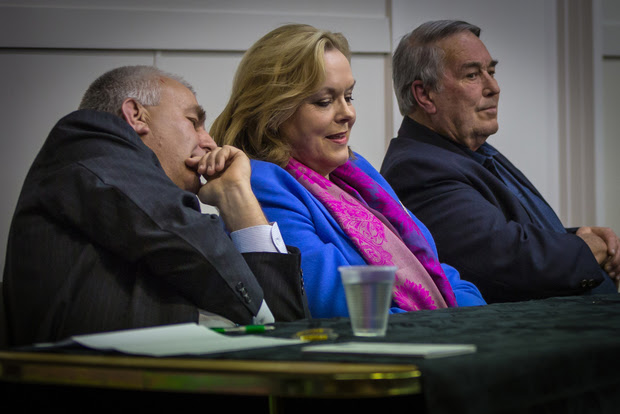 "That is the nature of friendship. You put up with your friends no matter what if you're a loyal friend. And I'm a very loyal person."

About 50 locals turned out for the public meeting in Papakura - the first of its type since Dirty Politics was released.

However, most attendees were disinterested in the Dirty Politics saga or Ms Collins' role in it.

Their questions for the candidates instead focused mainly on law and order, and immigration.