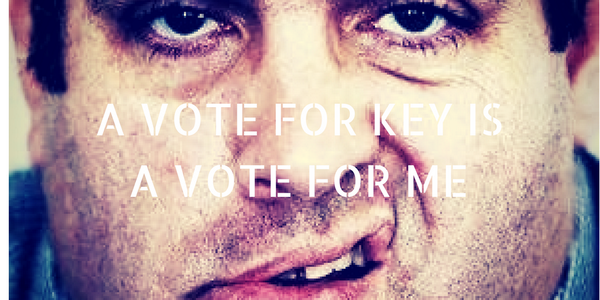 I don’t think the public have any idea of the behind the scenes meltdown now occurring within National. There are plenty of decent right wingers who all have ethical standards who have looked at what their leaders have been doing and are as disgusted as the rest of us by the revelations inside Dirty Politics.

To gain some inkling, listen to Matthew Hooton throwing the Prime Minister under a bus on Radio NZ yesterday.

Hooton is clearly stating that Key’s claims that he wasn’t briefed and that it was his office that was briefed on releasing Secret Intelligence Service information are either a bare faced lie or gross incompetence unbefitting the role of Prime Minister. When right wing commentators who are getting whispers in their ears from deep state are saying that, you know that Key has lost the trust of the civil service and that it is now only a matter of time before they start leaking.

Judith Collins is now a dead woman walking. The millisecond after the election finishes, Collins and all Lusk’s client MPs like that nasty little Jami-Lee Ross, Sam Lotu-llga, Chris Tremain, Louise Upston, Mark Mitchell and Nicky Wagner are all toast. They will be demoted so quickly into irrelevance they won’t have time to invoice Lusk before they are swept away.

If National win, they are all gone after lunchtime, if National lose, they will all be gone before lunchtime. Collins, Ross, Lotu-llga, Tremain, Upston, Mitchell and Wagner are just wrecked political brands now and no one wants any association with them inside the Party.

If National do lose, Key will leave immediately, he doesn’t hang around with losers, so who will be the next leader? Judith is so mad with power lust she still thinks she has a chance as leader post Key, that belief is delusional. Joyce is hated by too many people inside National to ever have a chance of leader and Bill English simply doesn’t have the charisma for the job. What National will do in the meantime is probably put Bennett in as leader until a better patsy can be found for the role.

National have built their raft of unpopular policies under the shining popularity of nice friendly Mr Key without ever believing that strategy could falter, not for one second did any of them consider what would happen if Key was suddenly revealed as far monstrous than they had painted him as.

With the Ede-Slater emails about to be released by Whaledump, the worst is yet to come.

Without Key, National are a hard right Government passing law for the richest amongst us at the cost of the poor. Who knew whaleoil could damage teflon so badly? 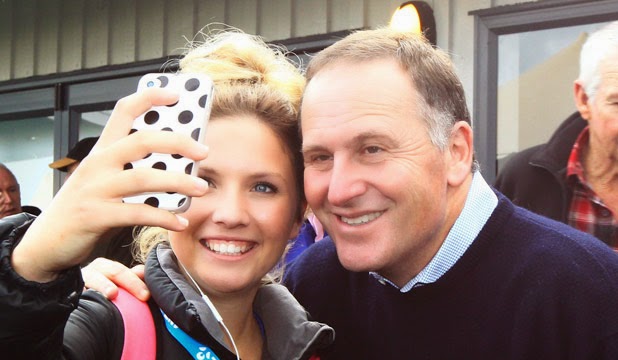 OPINION: The very meaning of the phrase "dirty politics" has changed forever for New Zealanders. Politics has always been understood to be a dirty game, but just how dirty it is of late has been revealed by Nicky Hager's new book. Readers may or may not agree with the conclusions that Hager draws. However, there is no doubt in my mind that many of the political operators featured in the book - all of whom have close ties to the National Party - are, at best, vile and at worst, evil.

At this point, you may be thinking: how lucky we are to live in the Waikato, where our politicians are good, reliable sorts, and nothing like this ever goes on.
Which is, of course, not quite right.
It's not just the fact that our local body politics get pretty dirty, if hilariously so - see would-be kingmaker Ray Stark's wildly backfiring robo-calls during the last Hamilton City Council election for amusing details. It's that John Key is now irreversibly tarnished by his office's, and his own, association with the scumblogger Cameron Slater and his friends. What does that have to do with our local election issues?
Well, just look whose photo is on every billboard, smiling proudly, along with our local National candidates. It's John Key with (insert interchangeable name here) wherever you are in the Waikato. Key's dirt is their dirt. It's important to note I'm in no way implying that local National MPs David Bennett or Tim Macindoe have been engaging in the same dirty politics Key's office has been involved in. I believe them both to be decent people who genuinely care about and work hard for their electorates. Their politics are not mine, but I do respect them.
I no longer respect John Key. Not even a bit. And that's why John Key's problem is Waikato voters' dilemma.
National's election strategy has long depended on Key's immense popularity. That's why his face is on every billboard just as big as your local candidate's. The visual message is compelling. You're voting for Key, you see. The nice man. The smiler. The good bloke, the one you'd drink a beer with, and all the usual banalities that I'm so sick of and which should be, by now, unmasked as the untruths they've always been.
Key's office, and the office of Judith Collins, the Minister he is maintaining an increasingly inexplicable defence of, can't be separated from the awful people they've been keeping company with. The truth of the allegations in Dirty Politics will emerge (and is emerging) but what's already beyond dispute is the character of the people Key and Collins associate with. Collins regards Cameron Slater as a friend. I'm going out on a limb here, but I'd hope to believe that any New Zealander who reads what he says about Labour voters in Christchurch - "National should let them rot, after all they are useless scum Labour voters especially in the areas where the earthquake hit . . . well hopefully more scum labour voters will piss off to Australia and at least the uninsured get f..king nothing" - would regard him with nothing less than total contempt.

Well, this might be hard to take if you're a Key person, but John Key deserves a generous helping of the same contempt. As does Judith Collins, and anyone else in National who has ever thought dealing with the narcissistic bastard who calls himself Whaleoil as a quick route to taking out a political enemy. I would love to see our local National MPs condemn this behaviour.
At the end of the day - to borrow a cliché John Key has started spouting rather a lot lately - it's the good people in National who are being screwed by this approach to politics. The book features a horrible section wherein Cameron Slater and some of his awful friends try, and succeed, in gaming a National candidate selection process, through the most unethical means imaginable. I'd be interested to hear what local National MPs have to say about that sort of thing.
At the end of the day (again) Dirty Politics is not the Left-wing smear campaign that Key, Collins, and Slater are saying it is in the desperate hope that repeating it will turn the lie into truth. It's an impassioned cry for removing dirt from our politics. It is a book for National supporters, not just for Left-wingers. If the good people in National take the book's message seriously, it might mean that we can focus on debating genuine political issues rather than seeing an endless stream of Beehive-sourced hit-pieces masquerading as news. And if National - indeed, if any government, left or right-wing - won't conduct itself ethically, it must be punished at the ballot box.


Joshua Drummond is a freelance writer and illustrator who needs a shower after reading Dirty Politics. His website is cakeburger.com.
Posted by seemorerocks at 21:02