Diplomatic incident between Poland and Russia

Poland banned the entry of its space for the jet, on which Shoigu was returning from Slovakia 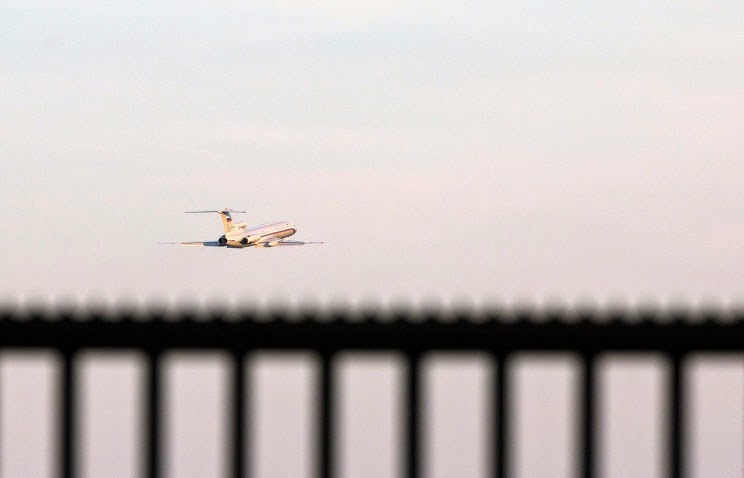 
WARSAW, August 30, /ITAR-TASS/. There was no political underpinning in the incident with the jet carrying the Russian Defense Minister, Sergei Shoigu, which the Polish authorities did not permit to enter their airspace Friday when he was returning from a trip to Slovakia, the Polish Foreign Ministry spokesman claimed.

“There is no political subtext in the problem of the minister’s flyover in the Polish airspace,” Marcin Wojciechowski, the Foreign Ministry’s spokesman said. “The case in hand was purely procedural.”

Poland banned the entry of its space for the jet, on which Shoigu was returning from Slovakia where he taken part in the official functions timed for the anniversary of the Slovak uprising during World War II.

The press secretary of the Polish Armed Forces operative command, whom Itar-Tass turned for comments to, said the confusion was caused an incorrectly filed flyover over plan, as the captain of the jet had filed a plan for the transit of a military jet.

The rules require such transits should be coordinated 72 hours in advance, he said.

On the way to Slovakia the jet crossed Poland as a civilian one and no coordination procedures were needed.

A new plan was filed after during the stopoff in Bratislava and the status of the flight was again changed to the civilian one, after which the Polish authorities issued a flyover permit, the press secretary said.

Polish authorities’ refusal to permit the jet to enter Polish airspace on a return flight from Slovakia will not be left unreciprocated by Moscow, the Russian Foreign Ministry said.

“Russian delegation was received with much warmth in Slovakia where people remember the contribution that our country made to the liberation of Slovak people from Nazism but an outrageous incident occurred on the way back when the Polish side denied permission for an overfly, ostensibly for operational reasons,” the ministry said.

The Russian delegation had to return to Bratislava and the Polish authorities agreed to reaffirm the permit they had issued earlier only after energetic protests from the Russian side, it indicated.

“Such actions can only be qualified as a crude violation of the norms and ethics of inter-state communications and, given the context of the celebrations in Slovakia, as an outrage on the historical memory and exploits of those delivered Europe from Nazism,” the ministry said.

He returned to Moscow on the same flight 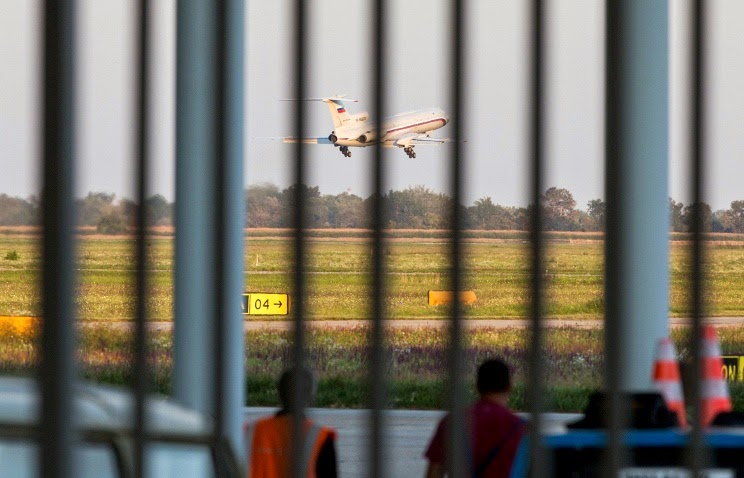 
MOSCOW, August 30, /ITAR-TASS/. Russian Defence Minister Sergey Shoigu’s plane has safely returned to Moscow after Poland gave permission to cross its airspace, a correspondent of the Rossiya-24 round-the-clock TV news channel has reported. He returned to Moscow on the same flight.

On Friday, Shoigu attended memorable ceremonies in Banska Bystrica on the occasion of the 70th anniversary of the Slovak national uprising. Later in the day on the way back home his plane had to return to Bratislava when Poland denied passage through its airspace.

As Polish armed forces spokesman Piotr Walatek has explained to ITAR-TASS, the pilot had declared the flight as a military one.

“Earlier (on the way to Slovakia - TASS) the plane crossed Polish airspace as a civilian one and no prior consent had to be obtained. On the way back the pilot declared the flight as a military one. According to the established procedures this requires an advance request. We had none from the Russian side,” Walatek said.

Later, the status of Shoigu’s flight was reverted to civilian and Poland agreed to open its airspace.
Posted by seemorerocks at 16:20