Telling us what we already know to be true

We desperately need people on the inside of the IPCC to leak information before it gets green washed by the very people whose job it is to warn us but are in reality covering up the disaster.

The IPCC has always been underestimating the speed of Climate Change and the consequences.

As a yacht skipper I am trained to prepare for the worst case scenario not to sail towards a rocky reef intoxicated with Hopium. R.I.P. Planet Earth.

Leaked UN Report warns of "very high risk of severe, widespread, and IRREVERSIBLE impacts globally"
What's being described as "the most important document produced by the UN about global warming" has an urgent warning meant for the eyes of world leaders (so as not to panic the rest of us) that the damage our carbon fueled industrial economies are making to our planet's atmosphere and oceans will soon be irreversible creating their own momentum for even more drastic change as a number of feedback loops become the dominant drivers of Global Warming accelerating the destructive changes to the environment. 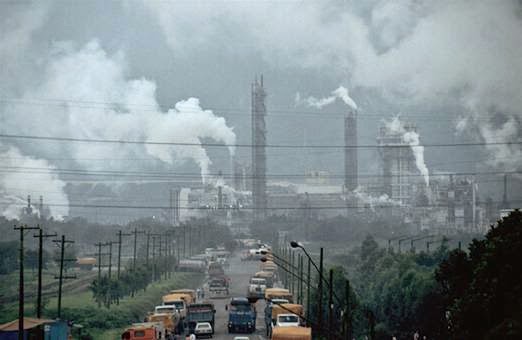 Humans risk causing irreversible and widespread damage to the planet unless there’s faster action to limit the fossil fuel emissions that cause climate change, according to a leaked draft United Nations report.
Global warming already is impacting “all continents and across the oceans,” and further pollution from heat-trapping gases will raise the likelihood of “severe, pervasive and irreversible impacts for people and ecosystems,” according to the document obtained by Bloomberg.
“Without additional mitigation, and even with adaptation, warming by the end of the 21st century will lead to high to very high risk of severe, widespread, and irreversible impacts globally,” the UN Intergovernmental Panel on Climate Change said in the draft.
The study is the most important document produced by the UN about global warming, summarizing hundreds of papers. It’s designed to present the best scientific and economic analysis to government leaders and policymakers worldwide. It feeds into the UN-led effort drawing in more than 190 nations for an agreement on limiting emissions.
The Road to Ruin

The report says if the world continues to spew greenhouse gases at its accelerating rate, it's likely that by mid-century temperatures will increase by about another 3.6 degrees Fahrenheit (2 degrees Celsius) compare temperatures that are about 6.7 degrees warmer (3.7 degrees Celsius).
"The report tells us once again what we know with a greater degree of certainty: that climate change is real, it is caused by us, and it is already causing substantial damage to us and our environment," Pennsylvania State University climate scientist Michael Mann wrote in an email. "If there is one take home point of this report it is this: We have to act now."
Humans are approaching the climate's point of no return. How will national leaderships respond to this dire warning meant for their eyes only?

In an unexpected discovery, hundreds of gas plumes bubbling up from the seafloor were spotted during a sweeping survey of the U.S. Atlantic Coast.
Even though ocean explorers have yet to test the gas, the bubbles are almost certainly methane, researchers reported Aug. 24 in the journal Nature Geoscience.
"We don't know of any explanation that fits as well as methane," said lead study author Adam Skarke, a geologist at Mississippi State University.
Surprising seeps
Between North Carolina's Cape Hatteras and Massachusetts' Georges Bank, 570 methane seeps cluster in about eight regions, according to sonar and video gathered by the National Oceanographic and Atmospheric Administration ship Okeanos Explorer between 2011 and 2013. The vast majority of the seeps dot the continental slope break, where the seafloor topography swoops down toward the Atlantic Ocean basin. [Gallery: Amazing images of Atlantic Methane Seeps]
The Okeanos Explorer used sound waves to detect the methane bubbles and map the seafloor. The technique, called multibeam sonar, calculates the time and distance it takes for sound waves to travel from the ship to the seafloor and back. The sonar can also detect the density contrast between gas bubbles and seawater.
How can we be more persuasive to prompt our hopelessly self-centered elites to take urgent action?

Global warming is already here and could be irreversible, UN panel says
A 127-page draft report by the UN Intergovernmental Panel on Climate Change describes what can be done about ites to the environment. 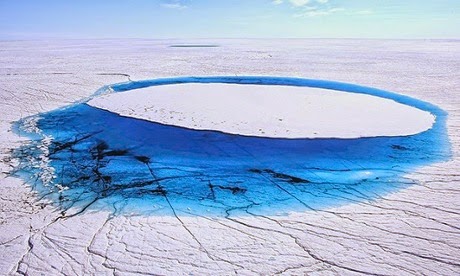 Global warming is here, human-caused and probably already dangerous – and it’s increasingly likely that the heating trend could be irreversible, a draft of a new international science report says.

The United Nations’ Intergovernmental Panel on Climate Change on Monday sent governments a final draft of its synthesis report, which combines three earlier, gigantic documents by the Nobel Prize-winning group. There is little in the report that wasn’t in the other more-detailed versions, but the language is more stark and the report attempts to connect the different scientific disciplines studying problems caused by the burning of fossil fuels, such as coal, oil and gas.

The 127-page draft, obtained by The Associated Press, paints a harsh warning of what’s causing global warming and what it will do to humans and the environment. It also describes what can be done about it.

“Continued emission of greenhouse gases will cause further warming and long-lasting changes in all components of the climate system, increasing the likelihood of severe, pervasive and irreversible impacts for people and ecosystems,” the report says. The final report will be issued after governments and scientists go over the draft line by line in an October conference in Copenhagen.

Depending on circumstances and values, “currently observed impacts might already be considered dangerous,” the report says. It mentions extreme weather and rising sea levels, such as heat waves, flooding and droughts. It even raises, as an earlier report did, the idea that climate change will worsen violent conflicts and refugee problems and could hinder efforts to grow more food. And ocean acidification, which comes from the added carbon absorbed by oceans, will harm marine life, it says.

Without changes in greenhouse gas emissions, “climate change risks are likely to be high or very high by the end of the 21st century,” the report says.

In 2009, countries across the globe set a goal of limiting global warming to about another 2 degrees Fahrenheit (-16.67C) above current levels. But the report says that it is looking more likely that the world will shoot past that point. Limiting warming to that much is possible but would require dramatic and immediate cuts in carbon dioxide pollution.