At least 10 people were injured in the Swedish city of Malmö after local police unleashed a mounted charge at participants of a rally against Sweden’s neo-Nazi party. Clashes with police erupted as anti-fascist activists attempted to block a rival rally. 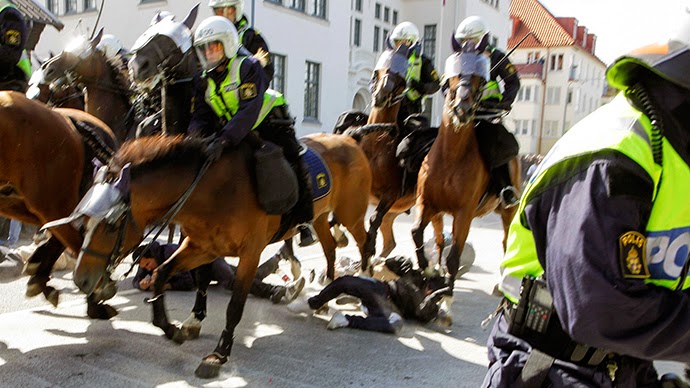 Around 1,500 people on Saturday gathered at the Limhamn square in the center of Malmö to protest the planned speech by Stefan Jacobsson, the leader of the neo-Nazi Svenskarnas Parti (The Swedes’ Party).   The tension mounted even ahead of Jacobsson’s appearance, with demonstrators throwing fire crackers and smoke bombs, the Local reports. 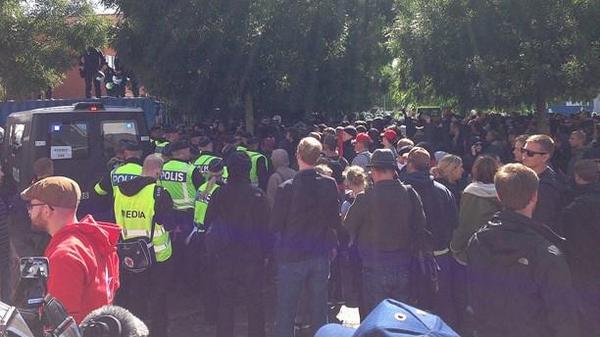 
The controversial politician was booed when he appeared on stage as the crowd chanted: “No Nazis on our streets.”

But the violence broke out when Jacobsson completed his address, with the scuffle starting between the protestors and the police.

According to Sydsvenkan paper, the majority of the protestors were peaceful and the clashes were provoked by a group of “provocateurs” among the anti-fascists.

As chaos broke out in the square, several people fell on the ground and were trampled by the horses, while another protestor was hit by a police van.

Ten people were taken to hospital after the rally, with five of them reportedly suffering serious injuries. Protesters are seen below mounted police who are controlling a demonstration against an election meeting organised by right-wing political group The Party of the Swedes (Svenskarnas Parti) at a square in central Malmo, southern Sweden August 23, 2014 (Reuters / Drago Prvulovic)


“I am shocked at the police’s excessive force,” Matilda Renkvist, one of the organizer of the demonstration, said.

“We were forced to ride in because masked demonstrators had moved to the outside of the square and we needed to make some arrests,” Ewa-Gun Westford, police spokesman, told the TT news agency.

Six people were detained following the clashes, with one person being held on suspicion of assaulting a police office. 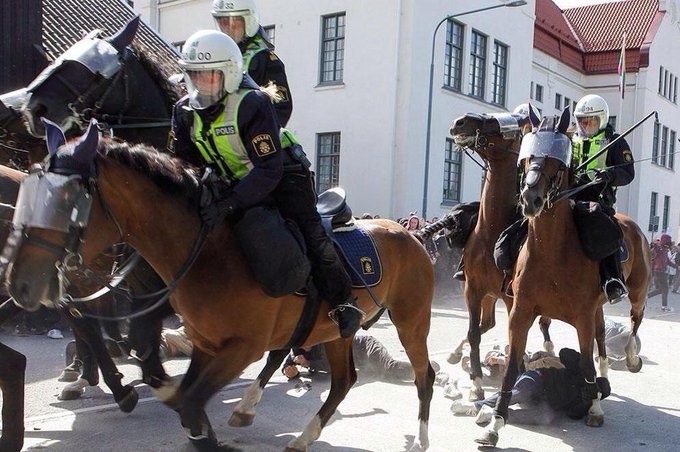 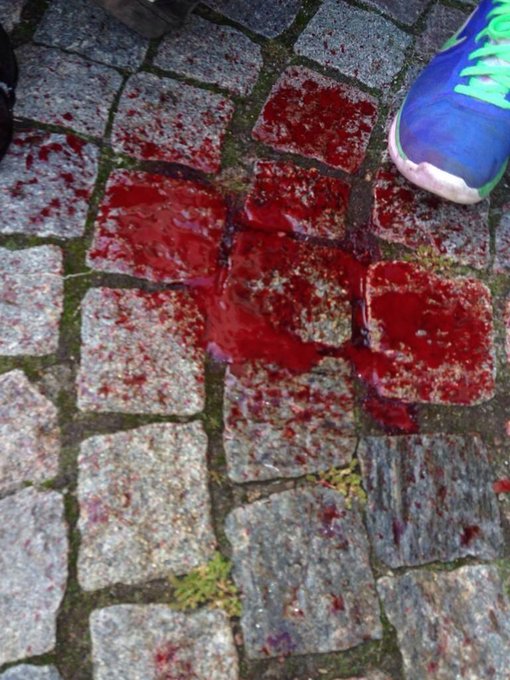 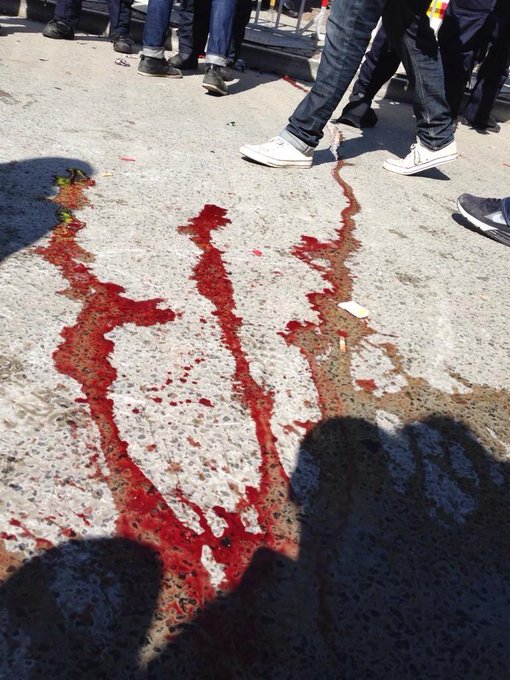 What a sad day in Sweden's #Malmö. Strange that @carlbildt preaches to "respect protestors" but then you see this.


Jacobsson, who is campaigning for the Swedish general election on September 14, held a speech in the town of Ystad earlier on Saturday, which went on without incident.

“There was a great contrast between responses in Ystad and Malmo,” the neo-Nazi leader told Realisten website. “In Ystad, there were many who came to really listen to the speech, while the events were marred by Leftist violence in Malmo where it was rather counter-demonstrators, who had come to fight with the police.”

This is not the first time Malmö has witnessed disturbing scenes of violence during protests, in March 2013 a standoff between anti-racist demonstrators and anti-Muslim group the Swedish Defence League (SDL) was similarly dispersed by police using horses, dogs and helicopters.