Thanks to Martyn Bradbury.


I don’t always agree with

Patrick Gower – but he didn’t

The National Party is the Titanic, John Key is the Captain, Slater is the iceberg and Sean Plunket, Mike Hosking and Paul Henry are the band playing on the deck 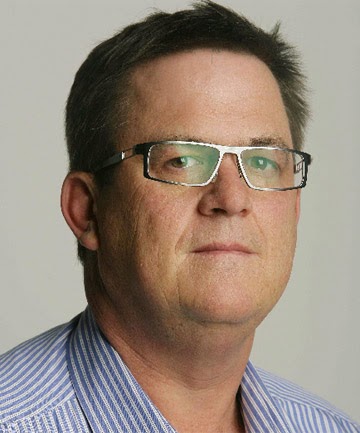 I don’t always agree with Patrick Gower – but he didn’t deserve this weird spear tackle from behind by his own company.

I was listening to this interview at the time, and the awkwardness of it must be the worst Radio of Sean Plunket’s entire history.

…the National Party is the Titanic, John Key is the Captain, Slater is the iceberg and Sean Plunket, Mike Hosking and Paul Henry are the band playing on the deck.

This was a shocker of an interview and surely Radio Live would be thinking about who else should go into that time slot. Surely?

Some of the background is in this Stuff article
What use is an apology forced by the employer. Plunket meant every bit of it. It is toxic sludge.

RadioLive presenter Sean Plunket has apologised to 3News political editor Patrick Gower for ambushing him live on air about his knowledge of the book Dirty Politics.

Gower was tricked into going on air on Friday so Plunket could question him on whether he had known about Nicky Hager's book before its launch.

The book reveals National Party links to Right-wing bloggers and accuses senior party members of being involved in a co-ordinated smear campaign against opponents.

The assertion Gower had earlier knowledge of Dirty Politics was based on allegations by RadioLive listeners. They had contacted the station saying they recalled Gower saying during the Oravida scandal that a really big bombshell would come before the election.

In a bizarre exchange, Gower sounded dumbfounded by the questions while Plunket continued to put forward the point.

Gower and Plunket are both employed by MediaWorks.

Plunket started his 9am show today by issuing an apology to Gower.

"On Friday, I suggested Patrick knew about the Nicky Hager book in advance, and in particular the material relating to [Justice Minister] Judith Collins," Plunket said.

"Patrick was tricked into coming on air under false pretences.

"I then questioned him about this live on air without having any evidence whatsoever to support the claims.

"These claims were based on comments from listeners that I did not check and I have since discovered there is no basis for the claims."

Plunket said he apologised for his comments that undermined Gower's professional reputation. Gower did not deserve such treatment.

"In short, I was out of line and I am sorry for treating him the way I did."

Most of Plunket's Friday 9am-noon show has been removed from RadioLive's website, including the section where he interviews Gower.


And in case you (like me) didn't have any idea what scum these people are, just listen to Jeremy Wells’ Mike Hosking rant on Radio Hauraki -  'how much Key arouses me and hateful hip hop"

Is it weird Radio NZ ban me

Is it weird Radio NZ ban me for life because I criticised the Prime Minister yet still have Matthew Hooton, David Farrar and Jordan Williams, 3 of the main protagonists revealed in Dirty Politics as part of their ongoing political punditry?

This isn’t an attempt to get back on RNZ, that boat has long ago sailed. I remember saying at the time that the impression I was given was that a Labour-Green Government would be in power before i was ever let back on again, but surely we can  demand a better standard from our Public Broadcaster?

Here, by the way a trancript of what got Bradbury banned -

“What does a $43 million loan to Mediaworks buy you on Radio Live – apparently an hour of John Key avoiding answering any questions on politics. Why pay Mediaworks $43 million for that, when John Key can appear on Close Up and not answer questions for free.

…“Radio Live didn’t offer any other political leader an hour of free talkback and went on to claim that allowing the Prime Minister to host an hour of radio minus any hard questions at all about his policy isn’t political. Which is kinda like arguing that allowing George W Bush to write editorials in the New York Times about his favorite cake recipe during the invasion of Iraq isn’t ‘political’.

“Radio Live say it’s because of electoral law that John Key couldn’t answer questions on politics. Really? Put Key in there for an hour with an interviewer and ask him questions, that would have side stepped those issues, but to give him an hour where he gets to hide behind a ‘no politics’ zone on the very day our credit was downgraded is simply disgraceful!

… “And John Key’s attempt yesterday to blame the Labour Party for a man’s attempted self harm in Parliament is a new low, even for Parliament.

“Yelling, “It’s your fault, it’s your fault” while making a throat slashing gesture at Phil Goff (as a man with mental health issues dangled from Parliaments balcony) is the sort of ravings one expects from a meth addict on a bender, not the political leader of a country.

“Topping this nonsense off is Key’s excuse that he was actually talking about Labour’s criticism of his over spending on the Diplomatic Protection service?

“What could justify making a throat slashing gesture at Phil Goff for an event that had all the implications of an attempted suicide if the guy had actually fallen? What a lovely little piece of work our Prime Minister is when he is caught off guard.”

This is more objectionable than the scum like Plunkett and Hosking or the right-wing filth that come staight out of the pages of “the Hollow Men” and “Dirty Politics” to play the role of 'objective commentors' on Radio New Zealand??

selective outrage of our

An Auckland hip-hop crew slammed for releasing a song with lyrics that apparently include a threat to kill Prime Minister John Key are urging young people to enrol to vote.

Kill The PM, by @peace, depicts a golfing, luxury car-driving Key, and says he should die – “ain’t doin’ nothin’ so I’m gonna kill the prime minister”.
It continues: “I been tryin’ to get a job but they got none/so I instead I got a sawnoff shotgun/and ‘pop’.”

“Police is aware of the track – it is currently being assessed to determine any issues from a police perspective.”

The Electoral Commission was not available to comment but confirmed they were also evaluating the song’s lyrics.

A wag might suggest that when @peace sang ‘Kill John Key” – they were referring to Key’s office. I’m increasingly uncomfortable at the level of censorship the Electoral Commission are wielding this election, they’ve already banned one parody song, I’d hate for us to be limited to the following…

Approved songs from the Electoral Commission:

…I’m not going to try and defend the lyrics of @Peace, that’s for them to do, but the selective outrage by some of our media is a tad tedious. It’s amazing that this song, which the media originally claimed was funded by NZ on Air – (that turned out to be a lie) – has received such attention when we have actual evidence in black and white published in a book that suggests MPs were blackmailed, candidate selections rigged, brothels trawled, computers hacked and secret intelligence service information passed directly to a far right hate speech merchant.

It’s interesting that the media want to focus on a Hip Hop song rather than real allegations that go all the way to the PMs office. When student chants get described as ‘Nazi chants’, burning effigies decried as hate politics and Hip Hop lyrics reported to the Police all the while a shameful culture of sadistic manipulation of our political culture is shrugged off by that same media as politics as usual, it’s self explanatory as to why youth are so utterly cynical towards the political process.

John Key demanded his daughter be left out of politics which is righteous, but it’s a pity he couldn’t extend that same courtesy to the Pike River family who had their son described as ‘feral’ by Key’s mate Cameron Slater.

Are we to believe that with "Dirty Politics" Matthew Hooten has developed some ethical values, or (more likely) is it all just politics?