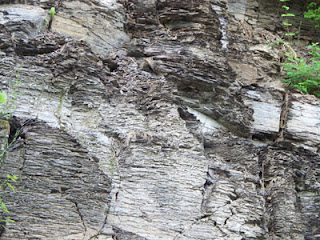 Business Insider
Aug. 24, 2011, 1:13 PM
The U.S. will slash its Marcellus Shale reserve estimate to 84 trillion cubic feet of gas from the earlier estimates of 410 trillion, according to Bloomberg.
Geologists from the U.S. Geological Survey provided the new number, which supersedes estimates from the Energy Information
Administration. The EIA does not contest the new number: "They’re geologists, we’re not. We’re going to be taking this number and using it in our model,” an EIA analyst told Bloomberg.
Although the new number is higher than USGS's last estimate in 2002, it represents a 80% decrease from the recent EIA estimate.
The Marcellus Formation spans from New York to Kentucky and was seen as America's next great hope for energy.
An April estimate from the EIA increased Marcellus reserves by a multiple of 42 based on new technology and information. As part of this estimate, the EIA said America had enough recoverable natural gas to heat homes and run power stations for 110 years. WHOOP
Posted by seemorerocks at 07:57