MSNBC
A 6.8-magnitude earthquake struck a remote Amazon region of Peru on Wednesday, shaking office buildings in the capital Lima about 370 miles away, witnesses and the U.S. Geological Survey said.
Local media said there were no immediate reports of injuries or damage in central parts of the Andean nation.
The USGS said the epicenter of the quake was at a depth of 90 miles, near the town of Pucallpa, a regional capital and commercial center of about 200,000 population in a sparsely populated region in central-eastern Peru close to the Brazilian border.
Hurricane Irene threatens the east coast, could impact 80 million 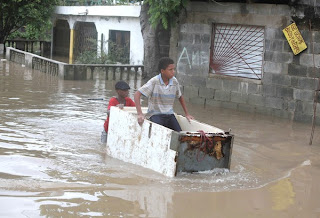 Digital Joural
Residents on the Atlantic coast are stocking up on supplies in anticipation of Hurricane Irene's arrival, while in the Bahamas authorities are preparing for the massive storm to strike.
Hurricane Irene is positioned over the Turks and Caicos Islands this evening bringing with her waves of up to 24 feet, heavy rains, and 90 mph winds.

Hurricane Irene could strengthen, U.S. forecasters warn
The National Hurricane Center says Irene, now lingering in the Bahamas, could become a Category 4 storm. Officials in East Coast states debate what to tell tourists.
Named storms in Atlantic on record pace
UPI
MIAMI, Aug. 23 (UPI) -- The number of named storms in the Atlantic this year has already outpaced last year's, which had the third-highest-ever total, forecasters say.
Tropical storm Harvey, which formed last week and is expected to drench Central America, was this year's eighth named storm while 2010 only had four at this point in the season, the Palm Beach (Fla.) Post reported.
Posted by seemorerocks at 07:49