Bloomberg
Greek two-year notes slumped after some of the nation’s euro-region partners said they would seek collateral in exchange for new loans, fueling concern attempts to resolve the currency union’s debt crisis will be derailed.
For article GO HERE
Stocks End Week on a Sour Note

Wall Street Journal
Another week, another bruising for U.S. stock investors.
For the fourth consecutive week, the Dow Jones Industrial Average ended in the red after another volatile ride.
In the final two days alone, the Dow dropped 5.2%. On Friday, the index declined 172.93 points, or 1.6%, to 10817.65. It is now down 11% for the month of August and 6.6% for the year.
Friday was a day of relatively few bad-news headlines for U.S. stock investors. But they sold anyway.
For article GO HERE
Dollar hits postwar low of 75.94 against yen

Japan Today
NEW YORK —
The dollar hit a new post-World War II low against the Japanese yen Friday as investors flocked toward safety.
The dollar fell as low as 75.94 yen in trading Friday in New York, rebounding to 76.48 later but still down from its rate of 76.54 yen late Thursday. The dollar fell to 0.7879 Swiss franc from 0.7924 franc.
Because the dollar is still a comparative safe haven, it was only slightly weaker against other major currencies.
For article GO HERE
British troops' supply chain could fail, MPs warn

BBC, 18 August 2011
Front-line troops in Afghanistan could be hit by shortages of vital equipment within 30 days if the system responsible for sending supplies to them breaks down, MPs have warned.
The supply chain for British troops is at "critical risk of failure", the Commons public accounts committee said.
For article GO HERE
Corn Climbs in Chicago on Falling Stockpiles; Wheat, Soybeans Also Advance

UPI
Aug. 19, 2011 at 12:41 AM
Hackers cracked into the BART Police Officers' Association Web site and released the names of 102 BART officers online, authorities say. The hack, carried out Wednesday, was in response to the temporary disabling of underground cellular and WiFi service at downtown San Francisco BART stations, the San Francisco Chronicle reported
For article GO HERE
Half of children in Fukushima test positive for radiation 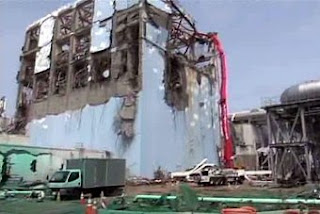 the Telegraph
8:00AM BST 19 Aug 2011
Radioactive elements were detected in the thyroid glands of 45 per cent of more than 1,000 children aged up to 15 who were tested around two weeks after the March 11 earthquake and tsunami.
The results of the tests, conducted by the government's nuclear accident taskforce, were not considered alarming in terms of the health impact on the children, according to officials.
"The government's official position is that none of the children showed radiation levels that would be problematic," said one official, speaking on condition of anonymity.
For article GO HERE
Wall Street firms donated $11.2 million to members of debt ‘super committee’

the Raw Story
Thursday, August 18th, 2011 -- 8:39 pm
The bipartisan "super committee" created by the debt ceiling deal is comprised of lawmakers who have received big bucks from special interest groups, according to a report by MapLight.
The committee is tasked with finding at least $1.2 trillion in deficit cuts over ten years.
In total, the twelve members appointed to the Joint Select Committee on Deficit Reduction got nearly $64.5 million from special interests groups over the past decade, with legal firms donating about $31.5 million and Wall Street firms donating about $11.2 million.
Of that $11.2 million, Goldman Sachs, Citigroup, Bank of America and JPMorgan Chase donated approximately $2 million combined.
For article GO HERE
Posted by seemorerocks at 18:41