Treasury Yields to Plunge Before Hyperinflation Kicks In: SocIete Generale 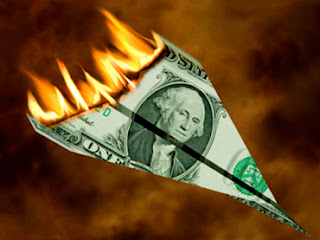 CNBC
Wednesday, 17 Aug 2011 | 11:48 PM ET
Three months ago, with the U.S. Federal Reserve nearing the end of its second major stimulus program and inflation pressures on the rise, Albert Edwards' bond market view stood out from the crowd.
Societe Generale's famously bearish analyst, in contrast to most, did not see 10-year Treasury yields [TYCV1  130.7969    0.0156  (+0.01%)   ] rising above 3 percent just because the Fed was going to stop buying bonds. Instead, he predicted they would fall below 2 percent.
So far, Edwards — who predicted the Asian financial crisis of 1997-98, the U.S. housing implosion and who sees China's economy suffering a hard landing — has been closer than most on his debt call. Last week, yields tested their record low of 2.04 percent.
Investors, however, should hope he's not as accurate on his next call: Edwards sees Treasury yields falling further because, he says, the economy will weaken.
He is targeting benchmark rates at around 1.50 percent in the next six months.
For article GO HERE
Posted by seemorerocks at 11:04