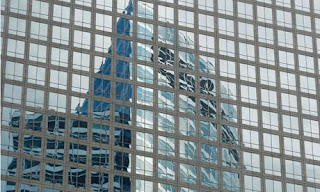 the Guardian
Thursday 25 August 2011 16.58 BST
US investment banking firm Goldman Sachs is cutting the pay of hundreds of its London bankers. The bank, which ratcheted up basic pay in 2009 to avoid the Labour government's bank bonuses tax, has invoked a clause in its investment bankers' contracts to bring it back down.
Two years ago, Goldman, which employs 5,500 staff in London, changed the contracts of UK-based bankers to increase salaries by 50-100% while decreasing bonuses. Last year, the bank paid its staff an average of $430,000 (£263,000) and its total pay and bonus pool amounted to $15.3bn.
The pay cut is thought to affect staff at managing director or partner level. Goldman refused to comment.
For article GO HERE
Posted by seemorerocks at 09:31