STOCKS MAKE UNSHAKABLE RALLY: Here's What You Need To Know
Business Insider
Aug. 23, 2011, 4:00 PM
Stocks rallied around the world despite some bad data and a moderate earthquake in D.C.
But first, the scoreboard:
Dow: +293
NASDAQ: +100
S&P 500: +37
And now the top stories:
•,Asian markets turned positive after China's manufacturing index showed a slower than expected decline, leading to gains above 1% in Shanghai and the Nikkei. European markets followed suit despite the seventh straight month of declines for German manufacturing and the first decline in two years for European manufacturing activity.
• US markets opened sharply higher and weren't slowed down by a big miss on new home sales and a decline in the Richmond Fed's manufacturing index. That's right, manufacturing is slowing everywhere. The rally gained steam through the day, solidifying a global rebound. Everyone is waiting for Friday, however, when Ben Bernanke faces a burden of high expectations.
• Bank of America ate another 3.6% decline and went to press to quash rampant rumors that it doesn't have adequate capital reserves. Five-year CDS spreads soared to record levels. Goldman Sachs, which got killed yesterday on lawsuit rumors, suffered only moderate declines. Other financials did better, even as UBS joined the Wall Street layoff explosion.
• The Libyan Rebels captured Qaddafi's compound and fired a bunch of bullets in the air. The only thing missing in this celebration was Qaddafi, who said from an undisclosed location that he will fight to the death.
• A 5.9-magnitude earthquake hit near DC at 13:51 ET. No one was injured, but buildings including the Capitol were evacuated. We felt a mild rumble at BI's office in New York City. The East Coast may face greater danger when a huge category-4 hurricane makes landfall on Thursday.
Comment: This earthquake was centered in Virginia in an area that ‘never gets earthquakes - isn’t this where they did fracking?
Nine Signs That A New Global Recession Has Arrived 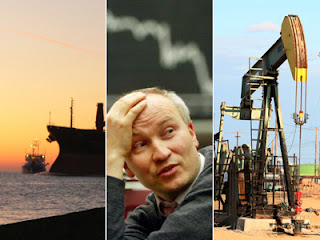 24/7 Wall Street
Economists and policy makers in large countries and organizations like the International Monetary Fund and World Bank have expressed concern that the world has entered a global recession barely a year after the deep downturn of 2008-2009.
Research supports that this recession will not be short or mild.
The most obvious effects have materialized in the U.S., UK, EU and Japan. U.S. gross domestic product was sluggish at well under 2% expansion in the second quarter. Japan’s GDP fell 0.3% in the same period.
Germany, the bedrock of the eurozone, said its GDP rose only 1% in the second quarter.
The economic reality of these regions will seriously hamper the rapid expansion of the BRICs. The GDP growth in the BRIC countries is largely dependent on their exports to the developed world
To see the ‘nine signs that a new global recession has arrived
Standard & Poor's president steps down after historic US debt downgrade 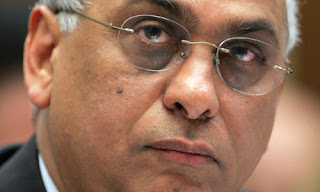 
The decision follows the credit rating agency's decision to downgrade US debt. S&P also faces an inquiry by the justice department into its ratings of subprime mortgage securities.


Company sources said Sharma's decision predated S&P's historic downgrade of US debt earlier this month. The cut presaged a worldwide rout on the stock markets as it threatened to increase the US's cost of borrowing and caused outrage in Washington. The treasury secretary Tim Geithner said the agency's decision showed "stunning lack of knowledge about basic US fiscal budget math", and they had "reached absolutely the wrong conclusion".
For article GO HERE
Global economy loses momentum 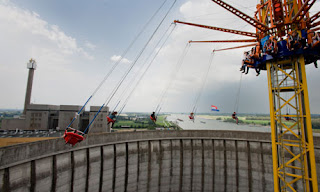 German investors falter as US new home sales fall by 10%
The Guardian,
Tuesday 23 August 2011 20.22 BST
A collapse in German investor sentiment and weakening demand for new homes in the US sent out fresh warnings about the general health of the global economy.


The Markit monthly snapshot of economic confidence in Europe's biggest economy found that optimism was at its lowest ebb since December 2008 – the depths of the recession that followed the collapse of Lehman Brothers.


In the US, fears that the economy was losing momentum were compounded by news that sales of new homes have fallen by 10% since the end of 2010 and a regional manufacturing report pointed to weaker factory output.


Britain's leading employers' organisation, the CBI, said both order books and production were holding up quite well for British manufacturers despite the shock waves caused by Europe's sovereign debt crisis and the dramatic sell-off in financial markets.
For article GO HERE
Goldman Sachs braced for legal battles over financial crisis 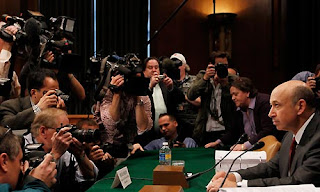 US lawyer, Jake Zamanksy – who led pursuit of investment banks after the dotcom crash – predicts wave of legal actions
the Guardian
Tuesday 23 August 2011 20.13 BST
Goldman Sachs, the embattled investment bank, will face an array of legal claims focusing on its conduct during the financial crisis, one of Wall Street's most feared lawyers warned last night.
The prediction of an escalation in cases is being made by Jake Zamansky, the US attorney nicknamed "Jaws" who spearheaded the successful pursuit of the investment banks after the dotcom crash. It follows a move by Lloyd Blankfein, the chief executive of Goldman Sachs, to hire Reid Weingarten, one of America's top criminal defence lawyers, to help him address claims that the bank misled clients in the run-up to the financial crisis and, afterwards, Congress.
For article GO HERE
Out of Control
The Destructive Power of the Financial Markets
der Spiegel
22 August, 2011
Speculators are betting against the euro, banks are taking incalculable risks and the markets are in turmoil. Three years after the Lehman Brothers bankruptcy, the financial industry has become a threat to the global economy again. Governments missed the chance to regulate the industry, and another crash is just a matter of time.
For article GO HERE
Posted by seemorerocks at 09:25