The reality of politics in the United States

Show Will Go On: Why It Does Not Matter Who Will Replace Barack Obama
It does not matter who wins the White House, US attorney and author John W. Whitehead notes, adding that neither Hillary Clinton, nor Donald Trump will save the day. 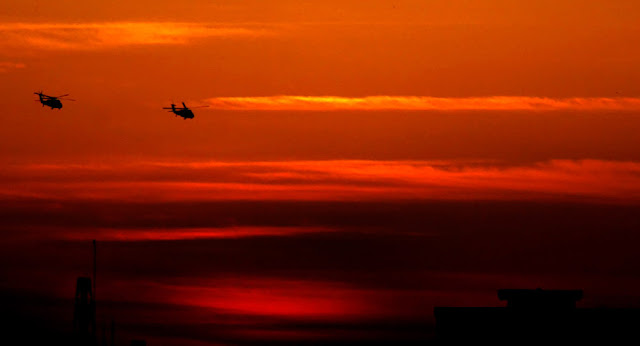 According to John W. Whitehead, US attorney and author and founder of The Rutherford Institute, American politics is not about Republicans and Democrats, nor is it about healthcare, abortion, higher taxes, free college tuition, or other "buzzwords.
"
"Politics today is about one thing and one thing only: maintaining the status quo between the Controllers (the politicians, the bureaucrats, and the corporate elite) and the Controlled (the taxpayers)," Whitehead writes in his article for The Rutherford Institute website.

No matter who wins the upcoming presidential election, since the new boss will do the same as the old one, it is the unelected bureaucracy who actually calls the shots and it will continue to do so, the US author notes.

"Hillary will not save the nation. Nor will Bernie, Trump, Rubio, or Cruz," Whitehead underscores.

"The only ones who can save the nation are 'we the people,' and yet the American people remain eager to be persuaded that a new president in the White House can solve the problems that plague us," the author believes.
To illustrate his statement, Whitehead presents a number of inconvenient truths about the current state of affairs in America.
According to the US attorney, 46 million Americans are living at or below the poverty line; 16 million children are "living in households without adequate access to food'; about 900,000 veterans are relying on food stamps; about 2.7 million children in the United States have at least one parent in prison.

.
"However, enormous sums of taxpayer money continue to be thrown at US overseas military campaigns, while the Pentagon goes on calling for more money injections in its already bloated budget
Since 2001 Americans have spent $10.5 million every hour for numerous foreign military occupations, including in Iraq and Afghanistan. There's also the $2.2 million spent every hour on maintaining the United States' nuclear stockpile, and the $35,000 spent every hour to produce and maintain our collection of Tomahawk missiles," the author emphasizes.
But that is not all.

"And then there's the money the government exports to other countries to support their arsenals, at the cost of $1.61 million every hour for the American taxpayers," Whitehead stresses.
Amid the Syrian ceasefire Washington war hawks are harboring the plans of attacking and splitting Syria up. In addition, they are banging the war drum over a new all-out invasion of Libya, at the same time proposing to expand their military "assistance" to Iraqi security forces.

Meanwhile, the Japan Business Press reported that the Pentagon is seeking more funds to invest into the "so-called Third Offset strategy" aimed against, in particular, Moscow and Beijing. The $18 billion system is supposed to undermine the countries' Anti-Access/Area Denial (A2/AD) capabilities.

In this context it is hardly surprising that US top military officials and their NATO counterparts agreed to regard Russia as an "existential threat" to the US. The decision will justify further US taxpayer money waste on military projects.

"Perhaps the most troubling fact of all is this: we have handed over control of our government and our lives to faceless bureaucrats who view us as little more than cattle to be bred, branded, butchered, and sold for profit," Whitehead remarks.