Maduro breaks off diplomatic relations with America; US refuses to withdraw diplomats

Venezuela may espouse socialism but its government is completely legitimate having won several elections, under Chavez and Maduro. It even has a vociferous opposition media which it does not, to my knowledge, try and control.

In America Maduro is being painted as a 'communist dictator'.

There may be a small part of the country's crisis being due to 'socialism' but what is sure is that it has been subjected to economic sabotage by the United States.

One of the big problems for Venezuela has been the oil weapon. Although it still has large oil reserves these are post-Peak and the oil is 'sticky', of low quality.

The western media contends this is all due to Chavez but what can years of low oil prices do?

Here are the latest events.

US refuses to withdraw diplomats from Venezuela, vows ‘appropriate action’ if they’re harmed 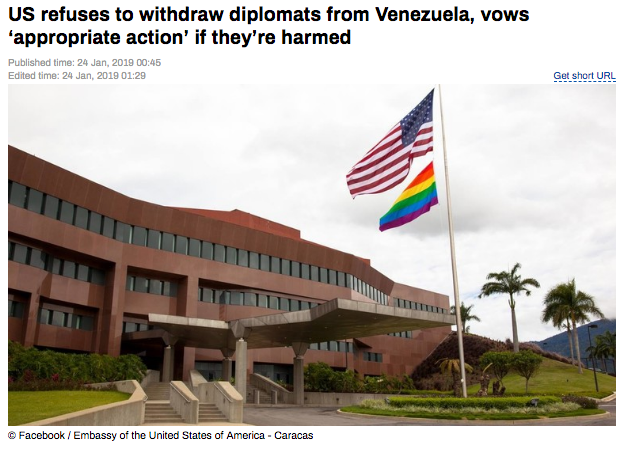 US Secretary of State Mike Pompeo has refused to pull diplomats from Caracas, arguing the government that severed diplomatic ties with the US is not legitimate and threatening ‘appropriate actions’ if anyone is endangered.

“We call on the Venezuelan military and security forces to continue protecting the welfare and well-being of all Venezuelan citizens, as well as US and other foreign citizens in Venezuela,” Pompeo said in a statement on Wednesday evening, adding the US “will take appropriate action to hold accountable anyone who endangers the safety and security of our mission and its personnel.”
Venezuela’s President Nicolas Maduro declared all US diplomats persona non grata on Wednesday, after Washington recognized opposition leader Juan Guaido as the country’s president. Guaido, however, said he wanted the US diplomats to stay, setting the stage for a potential diplomatic incident.

As the US does not recognize Maduro’s “regime,” his order for US diplomats to leave is not legitimate, Pompeo argued, adding that Washington will conduct diplomatic relations with Caracas solely through Guaido’s government.

After the Trump administration recognized Guaido’s government, a number of US allies followed suit, including most of the OAS countries and Canada. EU leaders also endorsed the rebel government.

Cuba and Bolivia have expressed support for Maduro, while Mexico has said it would continue to recognize Maduro’s legitimacy “for now.” Russian Foreign Ministry spokeswoman Maria Zakharova said the US “handpicking” of a government in Caracas perfectly illustrates the true Western sentiments toward international law, sovereignty and non-interference in internal affairs of states.

This is what western media is showing 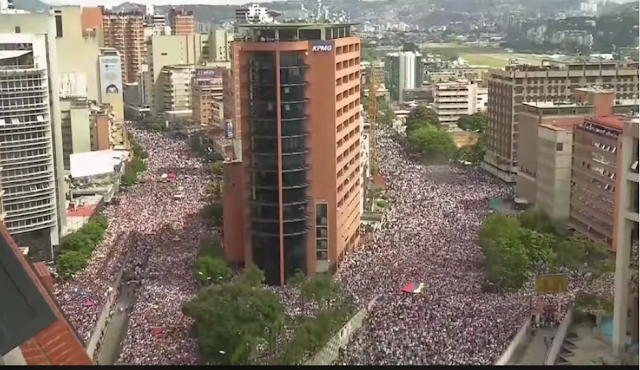 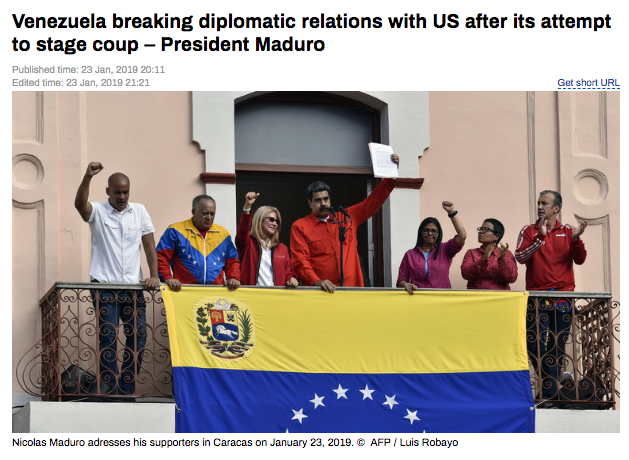 Venezuela’s President Nicolas Maduro said Caracas is breaking off diplomatic
relations with the US, giving American diplomats 72 hours to leave the country,
after Donald Trump recognized the opposition leader as interim head.

Maduro announced the move to a large crowd of cheering supporters from a
balcony of the presidential Miraflores Palace in Caracas, shortly after the US,
and then several Latin American countries, decided to recognize the opposition
leader Juan Guaido as Venezuela’s interim president.
US President Donald Trump earlier sided with Guaido, who on Wednesday
proclaimed himself the country’s acting head,“officially” recognizing him as
such. Maduro’s government, in its turn, was described by Trump as an
“illegitimate regime.”

Mexico chose not to, still recognizing Maduro as the country’s president “for now,” as a government spokesperson put it.

Socialist Bolivia, on the other hand, pledged full support to Nicolas Maduro in the fight against the “claws of imperialism,”as tweeted by President Evo Morales.

Venezuela’s Foreign Minister lashed out at “subordinate clowns” who he said followed the “owner of the imperialist circus”in recognition of Guaidom, as expected.

The opposition leader meanwhile promised in a tweet that Venezuela “will continue to maintain diplomatic relations with all the countries of the world.” 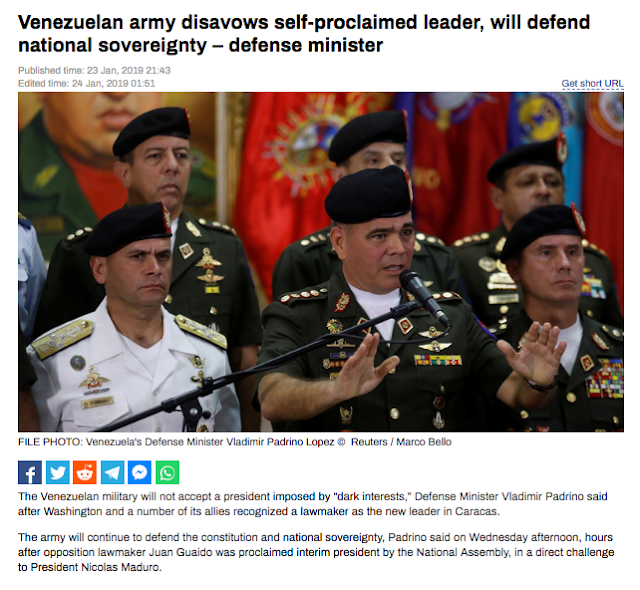 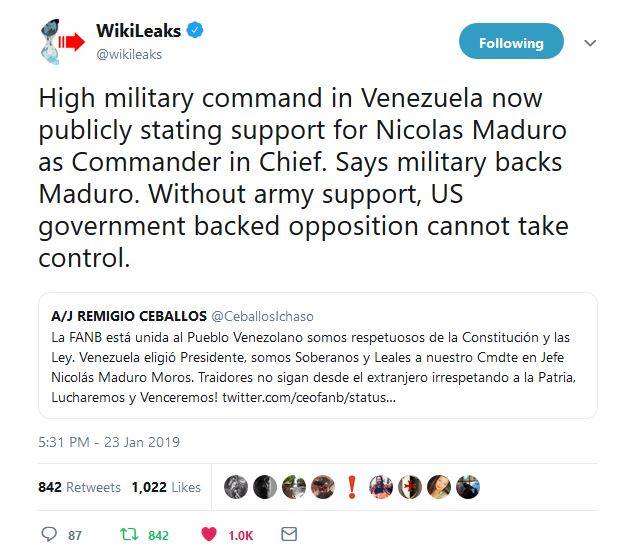 This couldn't have anything to do with it, could it? 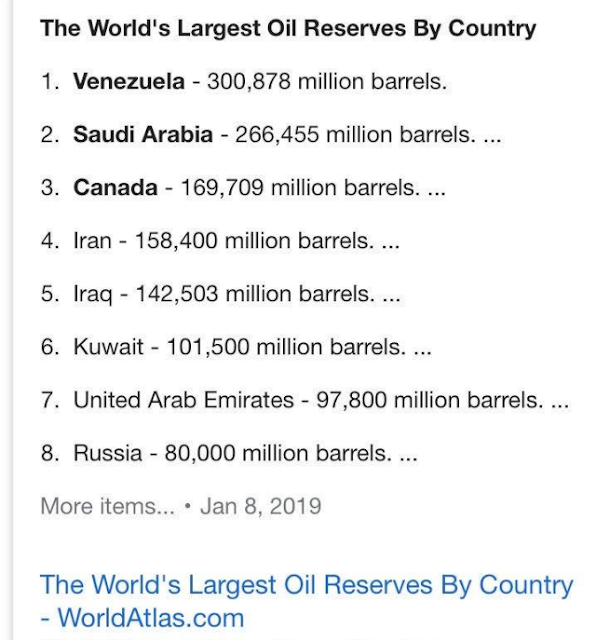 spokeswoman slams West for
Posted by seemorerocks at 16:29