During a Monday White House press briefing national security adviser John Bolton was photographed carrying a notepad — presumably as he was fresh out of a national security meeting — and one of the things which appears to be handwritten on the pad is "5,000 troops to Colombia".

The contents of the notepad were spotted almost immediately by multiple journalists online after an NBC news release featuring the AP photo was published. More precisely the full contents appear to read:

Here's the image of Bolton with his notepad from NBC News: 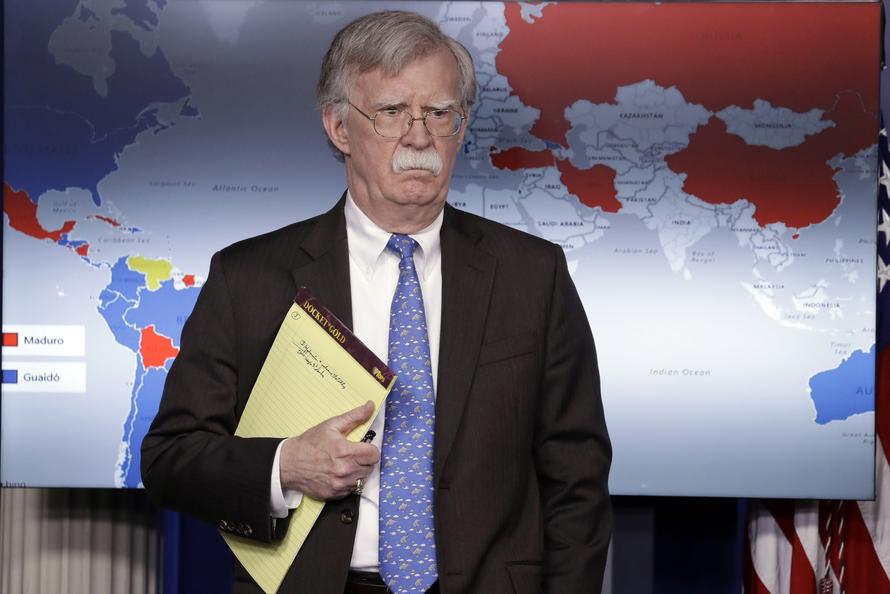 And a closer look, per one of the first journalists to examine the photograph and writing, who noted that "if confirmed this would be a pretty terrible OPSEC [operations security] breach":

So this notepad that National Security Advisor John Bolton was holding today at the White House briefing on Venezuela says:

If confirmed this would be a pretty terrible OPSEC breach.https://www.nbcnews.com/politics/white-house/bolton-all-options-are-table-trump-venezuela-n963681 …


Bolton during the White House presser revealed that President Trump is "leaving open the possibility of a U.S. military intervention to protect opposition leader Juan Guaidó, members of the nation's assembly and American diplomatic personnel," according to NBC.

"The president has made it clear that all options are on the table," Bolton told reporters while holding the yellow notepad. "We also today call on the Venezuelan military and security forces to accept the peaceful, democratic and constitutional transfer of power," Bolton said.

But could, as the notepad suggests, this involve plans to send 5,000 American troops to neighboring Colombia, a close US ally in Latin America?

No doubt the administration is already spitballing military contingency operations especially after the latest spat over Maduro's ultimatum for all US diplomatic personnel to leave the country "within 72 hours" — which he has since walked back after the Trump administration threatened severe consequences.

There remains the possibility, however, that having clearly written words on a mostly blank pad indicating that disengagement from Afghanistan equals ramping up engagement and intervention in South America is actually intentional signalling to both enemies and allies alike. 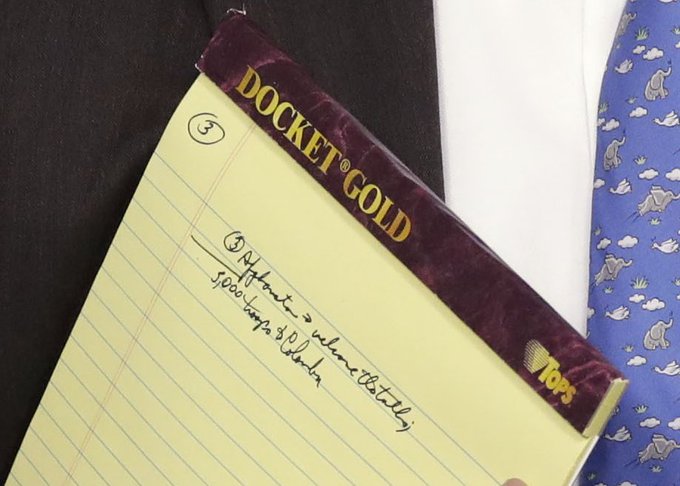 White House spokesman's explanation for Bolton's "5,000 troops to Colombia" memo on his legal pad: "As the President has said, all options are on the table."

When asked following the briefing by eagle-eyed reporters who caught a glimpse of the notepad's contents about the "5,000 troops to Colombia" memo, the White House spokesperson responded, "As the President has said, all options are on the table."

Hal Turner has an almost directly opposed viewpoint from me ("Maduro is a 'communist dictator' "). For all that often his intell has some value.

My own feeling is that the coup has already failed and the United States, despite the bravado, is already on the back foot.

I hope I am not proven wrong. 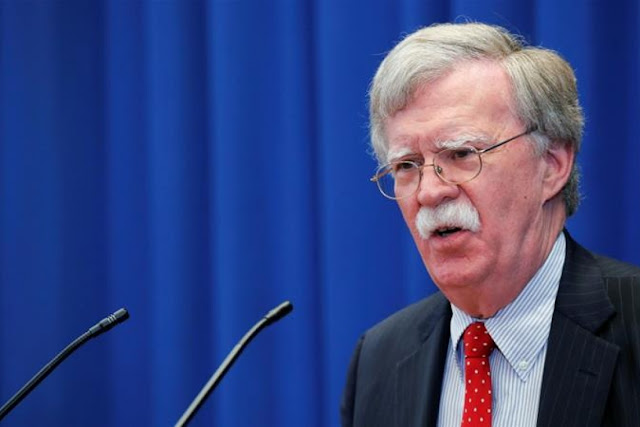 Today, National Security Adviser John Bolton appeared before the media to talk about Venezuela and various other issues. Bolton was carrying a typical yellow legal pad, with some things scrawled on it 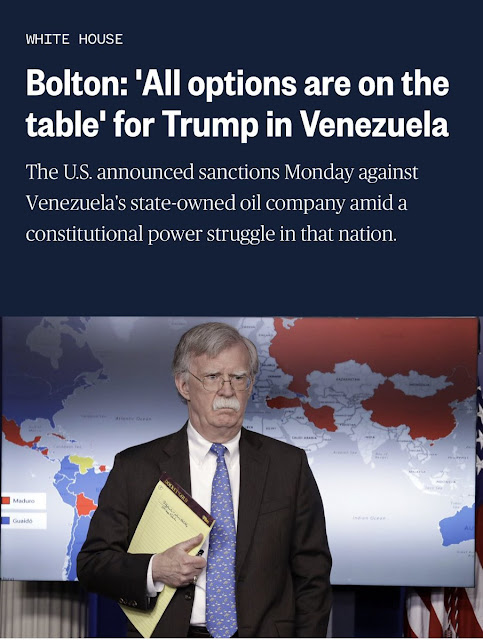 Zooming-in on what was written, we can clearly see: 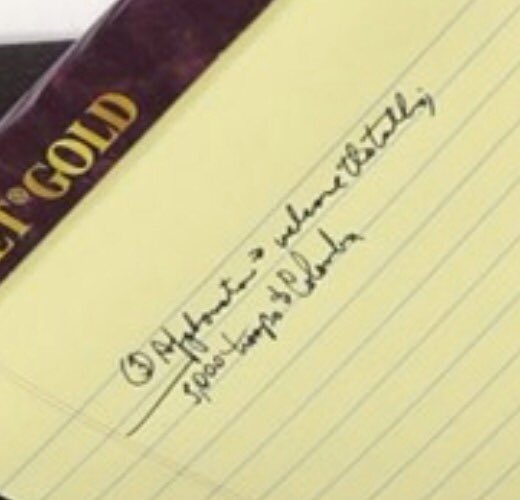 This is a not-so-veiled threat.  Make no mistake.  This did not happen by accident.
Get ready, folks.  This looks more and more like we're going to war with Venezuela.

UPDATE 6:39 PM EST --
White House spokesman responded to question about John Bolton's notepad that had "5,000 troops to Colombia" scribbled on it during Venezuela WH briefing. WH spokesperson said : “As the President has said, all options are on the table.”