As of the middle of the day there is nothing that quite justifies the headline. What I have noticed is the persistent temperatures - it never goes below 20C, even at night but rarely goes beyond 25C.

Where I am sitting, here in Lower Hutt the temperatures have yet to break the maximums we have been experiencing for weeks.
Updates: Heatwave bakes eastern New Zealand 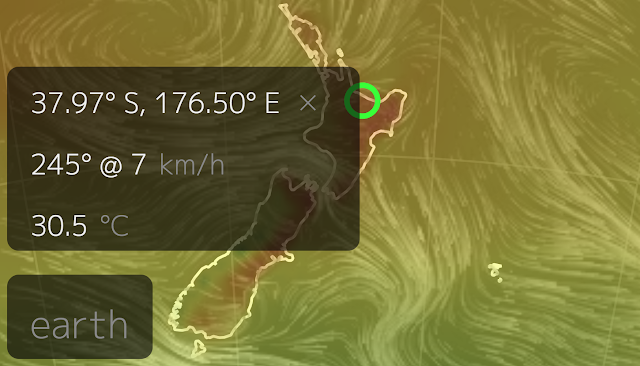 Heat sweeping across the Tasman to New Zealand is expected to bring possibly record-breaking temperatures to much of the country this week.

The temperature neared 35C in Blenheim yesterday. The town is expected to top that today, with Gisborne close behind on 34C.

MetService said the hottest temperatures over the week would likely be felt in the eastern parts of the country, with Tīmaru and Blenheim to Napier, and Hastings expected to simmer in heat up to six degrees higher than average.

Kerikeri, Paihia, Tauranga, Napier, Hastings, Masterton, Nelson, Christchurch, Ashburton, Wanaka and Alexandra were all expected to top 30C, with other centres largely in the high 20s.

New Zealanders have been urged to take precautions including drinking extra water, avoiding liquor and keeping cool in the shade.

Fire and Emergency said the fire danger was particularly bad in Northland, Nelson, Marlborough and Canterbury where there are total fire bans in place.

The heatwave in Australia has caused Adelaide to reach 46.6C, beating temperature records for all Australian cities, and has led to fires, power blackouts and wildlife deaths including wild horses, bats and fish. 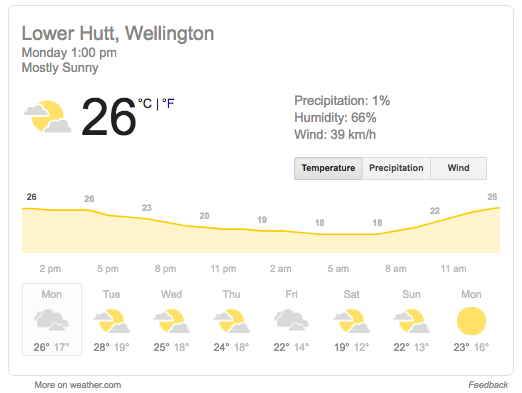 Pretty cool in the capital 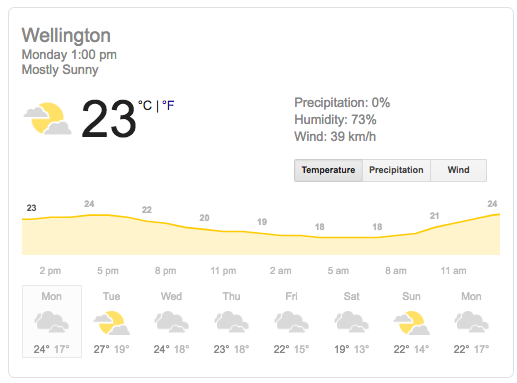