NZ globalist PM Adern hobnobs with the elite at Davos

This article accurately points out the policies of this government. Adern is hobnobbing with spome of the worst sociopaths on the planet who have flown in on private jets to listen to what the hoy-polloy should do to “save the planet” (read: save the globalist economy)

Climate change denial (the other sort) is alive and well

In the meantime the Green Party leader and minister of Climate Change, James Shaw is missing-in-action.

Ardern's plea for climate change action: Be 'on the right side of history' Prime Minister Jacinda Ardern, in a panel alongside Sir David Attenborough, has discussed the challenges of tackling climate change and encouraged world leaders to take on kaitiakitanga.

Ms Ardern's panel visit is part of her trip around Europe with Finance Minister Grant Robertson.

Environmental threats have dominated the World Economic Forum's Global Risks Report, which surveyed leaders, for the third year in a row.

After last year's heatwaves, storms and floods across the globe, extreme weather events top the list of most likely risks and come third for impact in the global risks report.
"Failure of climate-change mitigation and adaptation" is in second place on both lists, reflecting respondents' increasing concerns about environmental policy failure," the report stated.
"The results of climate inaction are becoming increasingly clear. The accelerating pace of biodiversity loss is a particular concern."
Ms Ardern also acknowledged the risk by saying: "What greater threat to our wellbeing is there than the current threat of climate change."
While the hottest five years ever had been the past five years, Mr Gore said there was a solution for climate change but posed the question if people were willing to commit to change.
Ms Ardern responded by saying politicians had a short time in power, and the challenge was to embed in that time the infrastructure for long-term change.
She said kaitiakitanga (guardianship of the environment) played an important role in this.
"One of the biggest threats I think that we have ... [are] political cycles.
"This needs to be something that we embed in our national cycles, in our political cycles, and in our actions and it needs to endure beyond us as individuals.
"So if we can do anything, we will be creating legislation which embeds those targets, that ambition we need, and then right through to the basic pragmatic things. Like planting a billion trees over 10 years, creating investment funds, doing each of the things that will set us on a long-term path for guardianship [kaitiakitanga], because that's what we all have to take the responsibility for."
Sir David said he could not imagine a situation more serious. He said things were getting worse faster, and the maddening thing was that we knew how to deal with it, we just needed to do it. However, Ms Ardern said there was cause to remain optimistic about change for the better.
"Ten years ago, when I first came to parliament I remember standing at a town hall meeting and speaking passionately about the issue of climate change and being roundly booed, including I think by members of my own family," she said.

"But even in that 10-year period, how dramatic the shift has been. No longer do you have the significant questioning of the science that we had perhaps even in that period of time."

She said in the face of resistance towards change, there needed to momentum for it.

"We build a movement with us and I want to acknowledge the work of Sir David - a voice of authority, trust and respect and to all those leaders that use the platform they have - it creates the space for us as politicians to do the right thing."

Mr Gore asked what the prime minister had to say to other world leaders who did not believe in climate risks or were not taking them seriously.

Ms Ardern responded by saying that the best method was to show rather than tell.

"It only takes a trip to the Pacific to see that climate change isn't a hypothetical, and you don't have to know anything about the science or even have an argument about the science to have someone from one of the Pacific Island nations take you to one of the places they used to play as a child on the coast and show you where they used to stand and now where the water rises."

She also said it was about being on the "right side of history".

"Do you want to be a leader that you look back in time and say that you were on the wrong side of the argument when the world was crying out for a solution?"

Sir David encouraged those leaders to think of future generations and the consequences they would have to deal with if leaders failed to act.

"Think of the children. Think of your children and your children's children, and what we are doing to the planet at the moment. Can you look them in the eye and say 'I knew what could be done to stop the degradation of the environment and climate, but it was too difficult and rather boring and you are now going to take the consequences'?"

Ms Ardern said that young people had done a good job.
"Young people have been the leaders that we need. Now everyone is looking to us. We've got the rulebook, we know what's required, it's about a matter of getting on and doing it and turning what has been seen as a threat with a great deal of pessimism and fear into an opportunity." "What we're inclined to believe is that any economy needs to start thinking about our measures of success beyond just our economic success, and our traditional forms of measuring that of course tended to be GDP and growth and for us that doesn't tell an entire story."

She used the ban on new deep-sea oil and gas exploration permits as an example of transitioning economies.

"That was a significant move but that was for us about anticipating where we need to move ... and saying unless we anticipate that change, make that decision now, there will be a very jarring experience for the people currently employed in those industries and that's what transition is all about."

She also discussed how the wellbeing budget would play a role in embedding needed changes too.

"This year for the first time... we will be undertaking a wellbeing budget where we're embedding that notion of making decisions ... how are people, how's their overall wellbeing and their mental health for instance, how's our environment, the clean and fresh waterways faring in our state of growth.

"These are the measures that I think can give us a sense of success and within that of course we need to then factor in, as we transition our economy, how are our people faring in terms of their economic wellbeing and capacity." An editorial by the prime minister featured in the Financial Times yesterday where she also mentioned the wellbeing budget and climate change.

"In May, my government will present the world's first "wellbeing budget". This is not a concept we came up with ourselves. The OECD and the IMF have, for a while now, have urged countries to look beyond a strong balance sheet and a strong economy to redefine success.

"This isn't woolly but a well-rounded economic approach - the same kind we will use to confront the challenges posed by climate change, digital transformation, social exclusion, poor health, housing and domestic violence.

"We must accept that the race to grow our economies makes us all poorer if it comes at the cost of our environment, or leaves our people behind."

Sir David had earlier also warned of the dangers of losing touch with the natural world in an interview with Prince William at the forum.

"It's not just a question of beauty or interest or wonder, it's the essential ingredient, essential part of human life is a healthy palate," he warned.

"We are in the danger of wrecking that".

5 MILLION - HOW NEW ZEALAND IS RAPIDLY DESTROYING ITS WELFARE SYSTEM AND ENVIRONMENT. 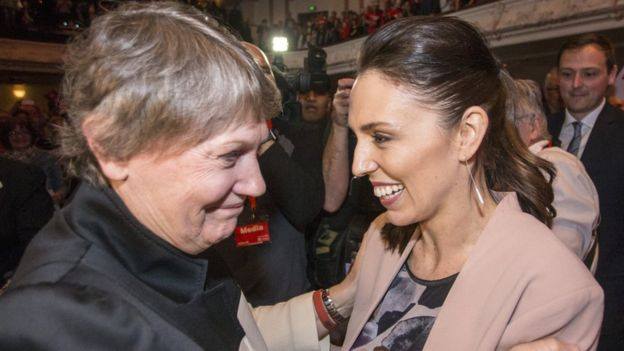 Senior demographer Kim Dunstan said that, given the current trends, our population could hit the five million mark by the end of this year.

New Zealand's population increases by one person every five minutes and 26 seconds, based on births, deaths and net migration.

The greatest period of population growth in our history occurred between 2008 - 2017 as John Key's government used immigration to create a building boom to provide employment to protect their popularity.

A boom that has been funded with debt as total debt in New Zealand closes in on 550 billion dollars - a figure the Reserve Bank is now worried about.

Along with a record population, New Zealand is also setting a number of other records.

Auckland City has now recorded over 8 billion of debt for the first time in our history as it struggles with infrastructure and services for a booming population.

Tauranga Council is also struggling with record debt ( $301 million net- 2017) and has reached out to the government for funding to help with infrastructure pressure.

Jacinda Ardern has stated she is going to borrow billions to help infrastructure keep up with the rising demands of one of the fastest growing populations of any country in the developed world.

Hospitals and Schools, in particular, are struggling to meet a demand that was never planned for just a short 10 years ago.

We continue to be in the top 5 of the OECD's list for homeless as the Ardern/ Peters government appear to have reneged on their promise to stop immigration and instead signed the UN Migration pact.

And mortgage debt levels in New Zealand are now at record highs for those who have purchased homes in the last 7 years.

In 2017 the National government under increasing pressure finally relented and raised the retirement age to 67 by 2040. ( A peculiar move considering it was Key and English who contributed to the unaffordability of superannuation with their immigration strategy) But an independent analysis done in late 2017 of super affordability found that with our increasing population there is no way this would be achievable, and the report predicted a minimum age of 74 by 2040.

Auckland's beaches are recording record levels of pollution due to urban buildup, and air quality in Auckland is the worst on record due to the massive increase in vehicles over the last 10 years.

Auckland councillors, reticent to jeopardise their popularity with another rates hike, are presently selling council assets in an effort to control skyrocketing costs. Mayor Phil Goff has indicated they want to dispose of 650 million of assets by 2025.

Queenstown the jewel in the crown of New Zealand tourism is being used as a housing estate as developers and speculators rush to accommodate the thousands arriving here under the government's immigration policy.

A leading researcher on our rivers Professor Russell Death from Massey University stated in a speech last year - "We have the highest percentage of endangered freshwater fish in the world, we have some of the most polluted rivers in the western world,"

Meanwhile, both political parties are under pressure from business groups like the banking sector - who are large donors - to carry on with immigration as it's a boon for their balance sheets.

Business analyst Richard Williams when spoken to by NZNews made the comment - ''Like most countries around the world, our welfare system and environment will continue to collapse as we continue to be fooled that immigration and a large population are a good thing.

New Zealand is primarily a farming economy, that is how we create wealth. If we continue to build houses on the land we need for crops, cattle and forestry we will continue to destroy the standard of living, both environmentally and economically, we've enjoyed in the past.''


When it comes down to it Adern is just a globalist and a neo-liberal. The Greens are "neo-liberals on bicycles".