A important story of the Arctic well--hidden

Sometimes you find the most signifiant stories quite by accident.

You could be forgiven for missing it but a friend picked up on a short sound clip on Radio NZ. I had to ring RNZ to get a reference to the most important story on the planet for there is none in either their website or the podcasts

"Climate change is redrawing the map. The Northern Barents Sea has been part of the arctic for 12,000 years since the last ice age, but in perhaps as little as a decade it'll be part of the Atlantic: ice free all year round.

"Scientists say the change in character of the Northern Barents sea is the first major climatic shift due to human induced global warming."

Here is an audio of the report


The original video from the BBC can be viewed HERE

Here are a few screenshots from the video... 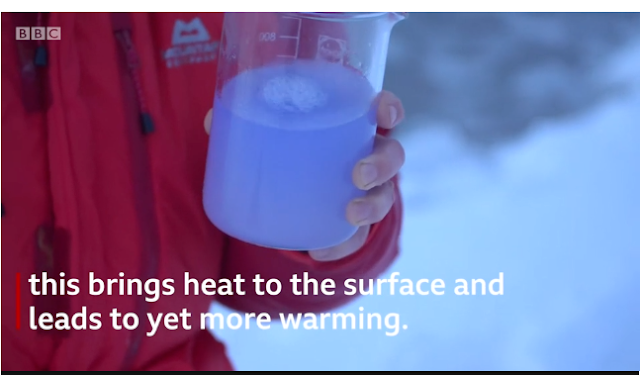 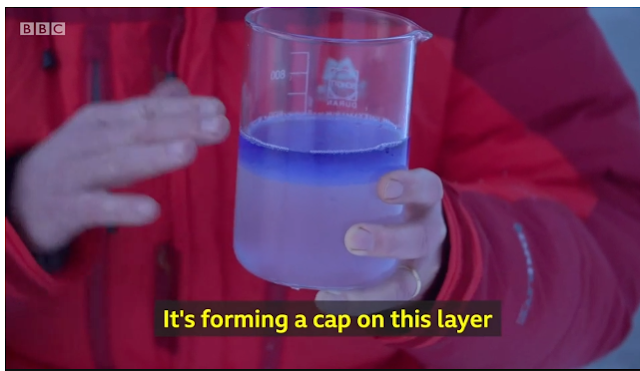 For some reason they seem to have made SQUIDS the centre of the story. Is that REALLY the only consequences?? 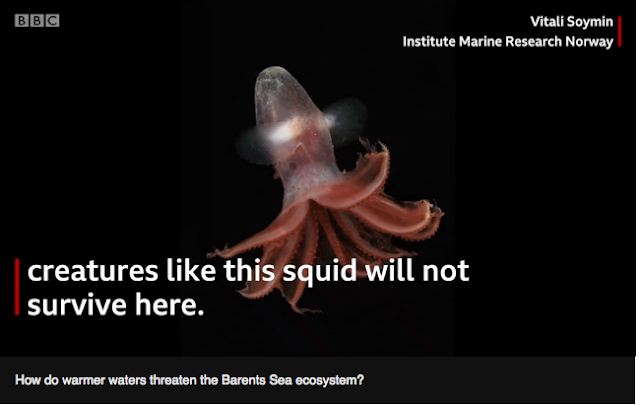 Just imagine the impact if they mentioned the elephant in the room - the release of methane from the sea bottom in WINTER!!!

A rapid climate shift under way in the Barents Sea could spread to other Arctic regions, scientists warn.

A conference in Norway heard that the Kara Sea and the Laptev Sea – both further to the east - are likely to become the new Arctic frontier.

The scientists warn that it will affect ecosystems.


It may also impact on global weather patterns, although there's no agreement on that.
They’re concerned because the north Barents Sea has been governed by an Arctic climate since the end of the last Ice Age, 12,000 years ago.
The Arctic Ocean has a cold, fresh surface layer which acts as a cap on a layer of warm, saltier Atlantic water beneath.

But now in the Barents Sea there’s not enough freshwater-rich sea-ice flowing from the high Arctic to maintain the freshwater cap.

And that’s allowing warm, salty Atlantic water to rise to the surface.

So it’s now only a matter of time, the researchers say, before this section of the Arctic effectively becomes part of the Atlantic. It could happen in as little as a decade, they warn.

Dr Sigrid Lind, from the Institute of Marine Research and Bjerknes Centre for Climate Research in Norway, told the conference that if the sea stratification broke down completely, the change might be irreversible.
“Large sea ice inflows of several consecutive years would probably be needed to rebuild the freshwater reservoir once its gone- and that's not likely given global warming and strong Arctic sea-ice loss,” she told BBC News.

She said the shift was so rapid that the whole Barents Sea could be completely sea ice-free within a few decades - possibly even a decade. Then a new polar frontier region would probably develop further east, in the Kara Sea or Laptev Sea.

Dr Lind explained: “This is probably the first modern example of a rapid climate shift event - a part of the Arctic domain is shifting over to the Atlantic climate regime.

"This sort of shift happened in the Nordic Seas during the last Ice Age – and when it happened it changed very fast.

“This shows that the Arctic is responding to the one-degree of global warming that we have today by shrinking and losing its outer part to the Atlantic domain. That's alarming."

Dr Jeremy Wilkinson from the British Antarctic Survey (BAS) told BBC News that the new findings on stratification and freshwater were vital for understanding the future of the Arctic.

Other scientists said different factors might be significant too, like a change in wind patterns that appears to be pushing sea-ice away from the Barents region.

The changes could affect weather patterns as far away as East Asia, and may have an effect on the jet stream, which influences so much of the UK's weather patterns. Scientists haven’t reached agreement on this yet.

And in another puzzle, freshwater in the western Arctic seems to be increasing as it diminishes in the eastern Arctic. Scientists are still struggling to fathom the complexities of human impact on the planet.