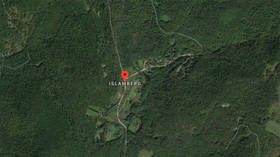 Four men, three of them teenagers, were arrested and charged with plotting to attack the reclusive Muslim community of Islamberg in upstate New York. They had prepared multiple explosive devices and over 20 guns for the plot.
Police in the Rochester suburb of Greece arrested three men, aged 20, 19, and 18, and a 16-year-old boy on Friday, and found improvised explosive devices at the 16-year-old’s home. The devices were described as cylinders and mason jars wrapped in duct tape. 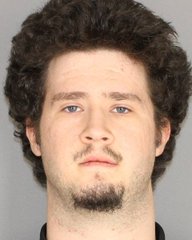 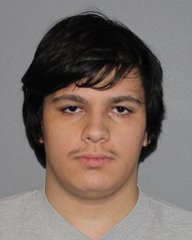 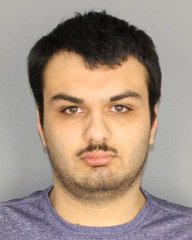 NEW: Here are the booking photos of three of the four suspects charged in the plot to attack Islamberg, Delaware County. The fourth suspect is a 16-year-old boy; police are not releasing his name or photo. https://www.whec.com/news/three-local-men-charged-with-having-explosives-plotting-to-attack-muslim-community/5218306/?cat=565 …

See news10nbc's other Tweets
Twitter Ads info and privacy
All four have been charged with three counts of possession of dangerous weapons and one count of conspiracy, all felonies. The youngest suspect has been charged as an adolescent offender. Between them, the four had access to 23 guns, Police Chief Patrick Phelan told reporters.
Phelan said that the investigation originally began after a child in a Greece high school overheard a classmate refer to one of the teenagers involved as “the next school shooter,” and told staff.

Their target was allegedly Islamberg, a rural hamlet in the Catskill mountains. Settled by a Pakistani cleric in the 1980s, Islamberg is home to several hundred Muslims and is the headquarters of Muslims of America, an organization that runs similar settlements across the country.

The Catskill mountains are freezing cold in winter, and may seem an unlikely place for a Pakistani cleric to settle on, but Sheikh Mubarik Gilani made the move there over three decades ago, fleeing crime and overcrowding in New York City. His mostly African-American followers who came with him said they wanted a better place to raise their children.

The community is an insular one, and the Muslims of Islamberg have been cautious about granting access to the press. AP reporters that were given limited access in 2017 saw buildings that blend Islamic tradition with the barns and clinker board more common to the region. The settlers tend animals, work in the locality and homeschool their children, free from Western influence.
Rumors of terrorism and fundamentalism have dogged Islamberg since Gilani first bought land there, and the weekend’s arrests were the latest in a series of threats and accusations.

A Tennessee man was sentenced to nearly 20 years in prison for attempting to gather a militia to burn down Islamberg’s mosque and hit the town with an “armed attack” in 2015. Every year since 2015, a group of anti-Muslim bikers calling themselves ‘American Bikers United Against Jihad’ rumble through the town in an event they call the ‘Ride for National Security.’

Not all of the accusations against Islamberg are based on paranoia. Muslims of America, the organization founded by Gilani, is an offshoot of Jamaat ul-Fuqra, temporarily listed as a terrorist group by the US State Department in 1999. Jamaat ul-Fuqra was responsible for a string of bombing and assassination plots in the US and Canada throughout the 1980s, and its preachers reportedly instructed young followers to travel to Afghanistan to join the Mujahideen in their fight against the Soviets.
However, there is no direct evidence linking Gilani or Islamberg to jihadist activity. Police in the area told AP that they have a good relationship with the Muslims, who are “not a problem” to the wider community in the area. The Anti-Defamation League has said that while some of Gilani’s rhetoric on Jewish people was a “concern,” the cleric was not a terror threat.

Two sides of the story. One side might have some truth behind it; the other is the response of fascist media