The faces behind a coup

Venezuela's US-selected coup leader Juan Guaidó is being sold as the face of democracy. In reality, he was a member of the most violent wing of his country's most radical party, at the forefront of a series of destabilization campaigns. This is video he tweeted showing himself at a guarimba street riot in 2014. As part of his international rebranding, has since deleted the tweet 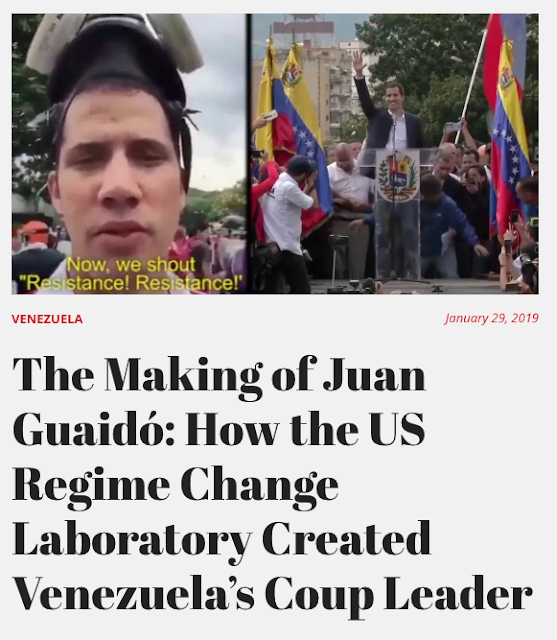 The Making of Juan Guaidó: How the US Regime Change Laboratory Created Venezuela’s Coup Leader


The Duran’s Alex Christoforou and Editor-in-Chief Alexander Mercouris discuss US national security advisor John Bolton holding a notepad with the words visibly scribbled for all the world to see, “5,000 troops to Colombia”, while he was attending a press conference to announce more sanctions to be imposed on Venezuela.

When the White House was asked to explain what was written on the notepad...the response, “as the president has said, all options are on the table”.

Columbia has refuted media speculation, after Bolton's notepad trolling, that US troops are amassing on their border with Venezuela.

Judging by the numbers of ‘likes’ Democracy Now! Is losing out big-time to the Duran. Deservedly so!

Elliott Abrams is a right-wing hawk who was convicted in 1991 for lying to Congress during the Iran-Contra scandal, but he was later pardoned by President George H.W. Bush.

Abrams defended Guatemalan dictator General Efraín Ríos Montt as he oversaw a campaign of mass murder and torture of indigenous people in Guatemala in the 1980s.

Ríos Montt was later convicted of genocide. Abrams was also linked to the 2002 coup in Venezuela that attempted to topple Hugo Chávez.

We look at Abrams’s track record with prize-winning investigative journalist Allan Nairn, who has closely tracked Abrams for over three decades. Nairn is two-time winner of the George Polk Award and a recipient of the Robert F. Kennedy Memorial Award. 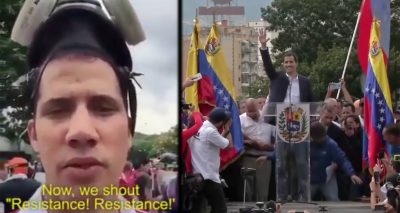 The Making of Juan Guaidó: How the US Regime Change Laboratory Created Venezuela’s Coup Leader
Posted by seemorerocks at 11:15