Venezuela's top military attaché at the Washington D.C. Embassy has broken with the Nicolás Maduro regime Saturday, and has urged other members of the Venezuelan armed forces to recognize Juan Guaidó as the legitimate interim president, according to the Miami Herald. 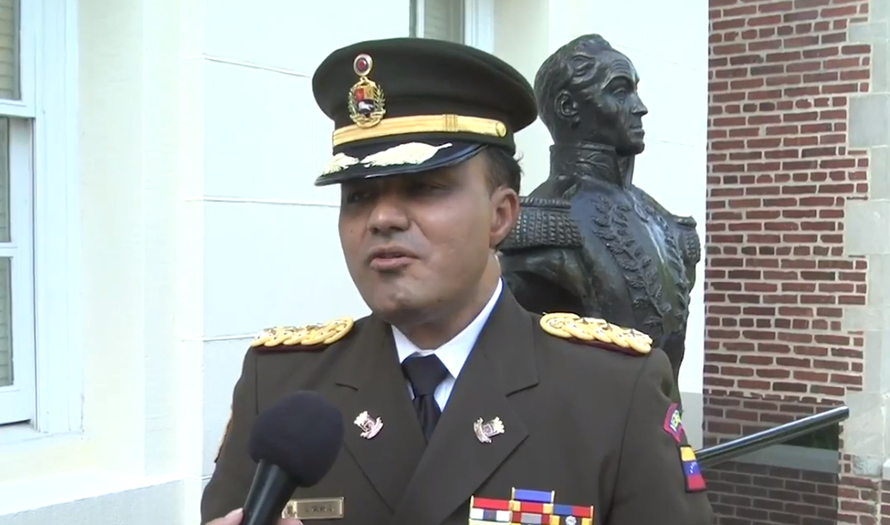 "As the Venezuelan defense attaché in the United States, I do not recognize Mr. Nicolás Maduro as president of Venezuela," Silva told el Nuevo Herald in a telephone interview from Washington.

"My message to all armed forces members, to everyone who carries a gun, is to please let’s not attack the people. We are also part of the people, and we’ve had enough of supporting a government that has betrayed the most basic principles and sold itself to other countries," added Silva.

Silva, like all other Venezuelan diplomatic mission staffers in the United States, was ordered to return home after Maduro announced he was breaking diplomatic relations with Washington because it had recognized Guaidó as the legitimate president of Venezuela.

Maduro’s order met with some resistance from the diplomatic mission staffers.

One diplomat at the Venezuelan consulate in Houston contacted Guaidó to report that she would not obey Maduro and would help him, the interim president announced Friday in Caracas.

Silva told el Nuevo Herald that the great majority of Venezuelan diplomats in the United States share his disapproval of Maduro. -Miami Herald


According to Silva - a colonel in the National Guard, "A high percentage of diplomats here do not agree with Maduro’s usurpation of power, but there’s always fear of what can happen to relatives in Venezuela and the uncertainty of what can happen in a foreign country. Even diplomacy is now prisoner of the minority that has systematically seized control of the power in our country."

Maduro cruised to re-election in May last year amid low turnout and allegations of vote-buying by the government. The domestic opposition, the United States and right leaning Latin American governments declined to recognize the result of the vote.

Guaido proclaimed himself interim president on Wednesday though Maduro, who has led the oil-rich nation since 2013 and has the support of the armed forces, has refused to stand down.

Earlier this week, the United States declared support for Guaido, with Vice President Mike Pence calling Maduro “a dictator with no legitimate claim to power.” Since then, most Latin American nations and Canada have all said they back the 35-year-old opposition leader. -Reuters

Many members of the Venezuelan armed forces fear reprisals by Maduro, however Silva emphasized that honest members of the military must step forward and reject the regime "because of Maduro's usurpation of power following his allegedly fraudulent reelection," according to the Herald.

"Enough! Leave aside the illegal control of our territory and the executive power. The leaders have become millionaires on the backs of the people,” he said. “Captains, commanders: Think about everyone who suffers. Don’t forget that your wives also can’t find milk for your children. Don’t forget that your mothers and fathers also can’t find pills for their [blood] pressure," said Silva.
"Enough already! Let’s recognize the man who under the law is the true president of Venezuela, Juan Guaidó."