The liberals' crusade against free speech and open debate

These days it is the liberals who are the most illiberal and who want to slap down free speech and open debate.

You do not have to like voices like Alex Jones,Lauren Southern or Stefan Molyneaux to respect their right to speak out.

Infowars founder Alex Jones was hit with yet another strike on his YouTube channel on Tuesday for violating the site's community guidelines, while four videos have been removed from his channel which has 2.4 million subscribers, according to The Verge.

While YouTube removed four videos, they were bundled together into a single strike due to a quirk in how the system manages violations. Creators are asked to acknowledge strikes the first time they log in following one of their videos being removed. If more than one video receives a strike, they can be “bundled” into a single violation.

The offending videos do not include Jones’ threatening rant about Robert Mueller, which stirred a controversy earlier this week after it was posted on Facebook. That video does not appear to have been uploaded to YouTube. -The Verge

YouTube's community guidelines say that if an account receives two strikes in a three-month period, it will not be able to upload content for two weeks. If three strikes are given within three months, the account will be terminated. Meanwhile, Jones won't be able to broadcast live for 90 days, when the current strike expires.

Two of the removed videos reportedly contained hate speech against Muslims, a third against transgender people, and a fourth featured Jones mocking a child who was gently pushed to the ground by an adult man, before the kid begins shrieking for his life titled: How to prevent liberalism.

All four videos are still posted to Infowars and Facebook, for example, the one "mocking" a whiny kid who gets a taste of his own medicine.

The Alex Jones Channel received a strike in February over a video suggesting that the survivors of the Parkland school shooting were coached and given lines for interviews with various media outlets following the Valentines Day massacre which left 17 dead.

The video was removed for a violation of YouTube's "harassment and bullying" policy. It revolved around this clip of Parkland shooting survivor David Hogg, who appeared to be having trouble remembering his account of the shooting.
Earlier this week, Infowars sparked controversy over a video in which Jones slammed Special Counsel Robert Mueller, accusing him of covering up sex crimes by convicted pedophile Jeffrey Epstein.

"I mean, Mueller covered up for a decade for [Jeffrey] Epstein kidnapping kids, flying them on sex planes, some kids as young as seven years old reportedly, with big perverts raping them to frame people," Jones says in the video, referring to billionaire sex offender Jeffrey Epstein, who was convicted of sex crimes after being accused of soliciting multiple teenage girls as young as 13. -The Hill

"Mueller is a monster, man," Jones continues in the video. "People say, 'Well, God, aren't you scared of him?' I'm scared of not

A defeat for free speech and open debate in this country. At least, in Australia they spoke and were interviewed on television.

To make it clear, I do not like Lauren Southern one little bit.

To me what she and Molyneux say miss the point more than being "offensive".

It’s all par-for-the-course in these insane times and in the context of a burning planet oddly irrelevant.

However, for all that, values matter.

A possible visit to Auckland next week by controversial Right-wing Canadian speakers Lauren Southern and Stefan Molyneux has been called off.
The Free Speech Coalition said on Wednesday time had run out for arrangements to be made for the pair.

"Everything would have to happen in such a tight timeframe, it's just not going to be possible," said spokesperson Jordan Williams. 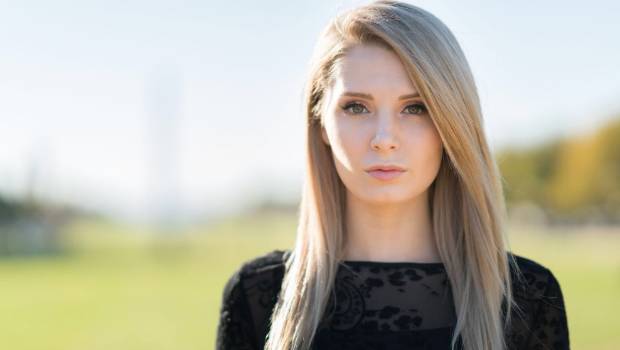 Canadian speaker Lauren Southern along with Stefan Molyneux will not visit
An urgent High Court hearing sought by the coalition and scheduled for Monday would not now go ahead, but a case would be pursued later in the year over the security and safety grounds cited in the cancellation.

The coalition was formed weeks ago after an Auckland Council agency decided to cancel the pair's booking at Takapuna's Bruce Mason Centre on security and safety grounds. 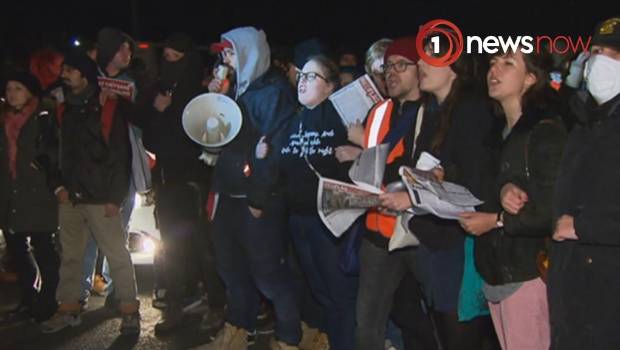 Lauren Southern protesters and supporters clash in Melbourne
The group had raised $90,000 to challenge the legality of the cancellation and the role they believed Mayor Phil Goff had played.

The Free Speech Coalition is claiming as a "partial victory" correspondence from the council which said Goff had had no part in the decision to cancel the booking, and it would have been improper for him to do so.

Goff welcomed the decision by the coalition not to proceed with the court hearing on Monday.

"It's good that this group, who are supported by the Free Speech Coalition, has backed down and withdrawn their urgent legal action. Their case was always weak and ill conceived," said Mr Goff

“More importantly, I am happy that we will not be using a ratepayer-funded council venue to hold an event that contravenes our values of diversity and inclusiveness."

Goff's tweets following the decision to cancel the venue booking, had given the impression he had had a role and sparked the coalition's formation.

His office later confirmed he had not had any part in the move, which had been taken "incredibly independently" by the agency Auckland Live.

The Free Speech Coalition said the money raised will be used for its legal case later this year.

A minute issued on Wednesdsay by Justice Edwin Wylie noted the council was "entitled to seek costs consequent on the abandonment of the hearing scheduled for Monday next."

September 6 has been set for a substantive hearing on the coalition's claim.
Southern and Molyneux have controversial views on immigration and faith, and prior to the council's move the Federation of Islamic Associations of New Zealand had asked that they be denied visas.

Their visit next week following a five-city tour of Australia had been uncertain because of the loss of the venue, but late last week the promoter said it was still possible following the granting of visas.