A half-pie recognition of reality

A shocking and brave concluson – LOL! We pay academics to say this?

Heatwave was triggered by climate change, according to new research 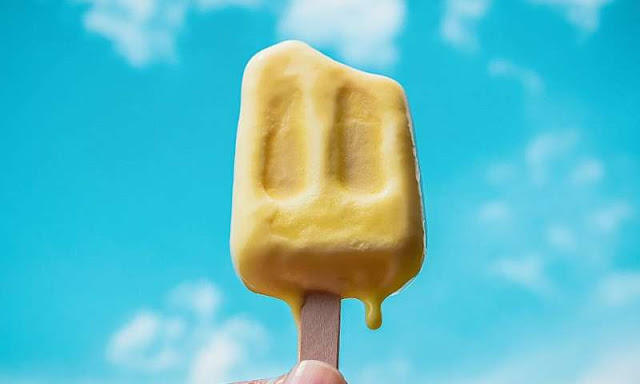 The unprecedented temperatures seen over Summer 2018 are a sign of things to come—and a direct result of climate change, according to new Oxford University research.

In the newly published report, researchers from the Environmental Change Institute (ECI) at the School of Geography and Environment, Oxford University, who worked in collaboration with the World Weather Attribution network (WWA), reveal that climate change more than doubled the likelihood of the European heatwave, which could come to be known as regular summer temperatures.

Dr. Friederike Otto, Deputy Director of the ECI at the University of Oxford, said: "What was once regarded as unusually warm weather will become commonplace – in some cases, it already has."

The research compares current temperatures with historical records at seven weather stations in northern Europe – two in Finland, one each in Denmark, the Irish Republic, the Netherlands, Norway and Sweden.

These stations were selected because current temperature data could be accessed in real time, and they possess digitised records extending back to the early 1900s. The scientists also used computer models to assess the impact of man-made climate change.

For each year in the historical record, the team looked at the hottest consecutive three-day period. For 2018, it was the hottest three days of the year so far – either observed or in the
short-term forecast.

The findings show that the planet is definitely heating up, and for some of the weather stations, current temperatures are unprecedented in the historical record.

"We found that for the weather station in the far north, in the Arctic Circle, the current heat wave is just extraordinary – unprecedented in the historical record," said Dr. Geert Jan van Oldenborgh, Senior Researcher at the Royal Netherlands Meteorological Institute (KNMI).

"And while that is a striking finding, it's hard for us to quantify the increase in likelihood accurately because summer temperatures vary a lot from year to year, making it impossible to estimate the trend from the observations. The same is true for the other three northern stations.

"But for the three stations further south – in the Netherlands, Denmark and Ireland – the historical record does allow us to make a calculation, and it shows that climate change has generally increased the odds of the current heatwave more than two-fold."

The findings show that for the three stations further south – in the Netherlands, Denmark and Ireland climate change has more than doubled the likelihood of the current heatwave. Of these three stations, the one showing the lowest increase in likelihood due to anthropogenic climate change is Dublin, with a factor of 1.2-3.3 and a best estimate of 2. For Copenhagen the odds have increased by a factor 2.4-12, with a best estimate of 5; and for De Bild (Netherlands), 1.6-16, best estimate 3.3. For the four stations further north, observations and models indicate an increase in likelihood, but it has much harder to quantify.

The team stress that the report is based on preliminary analysis, and since it being published before the end of the Summer 2018 heatwave, the definition of the period as an 'extreme event' is based on forecast temperatures – rather than actual quantitative results. These more robust measures can only be collated after the summer has ended. However, the team say the potential environmental and social implications of the findings are undeniable and that action should be taken sooner rather than later.

Dr. Otto explains: 'this is something that society can and should prepare for – but equally there is no doubt that we can and should constrain the increasing likelihood of all kinds of extreme weather events by restricting greenhouse gas emissions as sharply as possible."

The WWA team plans to publish these results formally in a scientific journal. This will form part of a more in-depth analysis of this extraordinary summer; the team will also assess whether climate change played a role in the prolonged high pressure seen in northern Europe since May, and if so, to what extent.

Previous published studies by the group have shown that climate change increased the chances of the heavy rainfall experienced in northern England in the 2015-16 winter and in Houston due to hurricane Harvey, and that climate change has not changed the likelihood of the 2014 Sao Paolo drought.