Questions about the fires at Redding, California


The fires that are burning at Redding in Northern California are incredible and burning with a verocity that has never been seen before.

The following is an Establishment explanation for the fires. 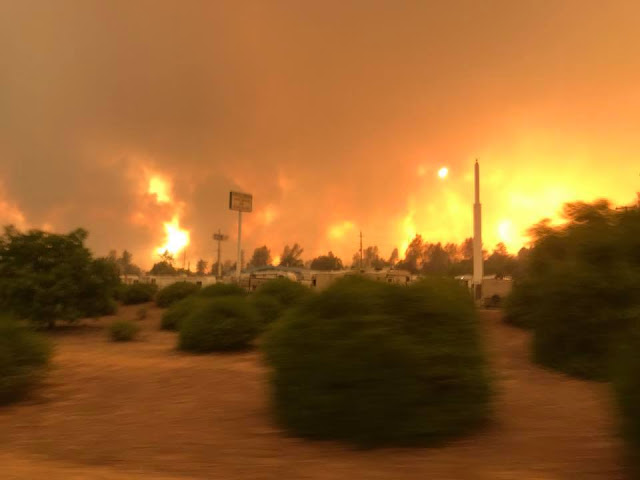 “This giant rotating cylinder on top of the fire, composed of smoke, pulls burning embers and smoldering debris thousands of feet into the atmosphere,” he said.

It allows fire to jump over barriers, such as roads, rivers and bulldozed firebreaks, he said. “It causes it to do crazy, very unpredictable things.”

What’s behind the phenomenon?

The Redding fire is not driven by stiff winds, as witnessed in Santa Rosa, the Oakland hills and other fatal California wildfires, he said. Instead, the fire created its own heat source, aided by an afternoon sun that baked the ground with air temperatures to 113 degrees.

***
I can understand the description of a "fire vortex" that leads to "erratic conditions".

The situation we are seeing all round the world is absolutely unprecedented but does that mean we should stop asking questions.

The concept of a "fire vortex: implies some degree of chaos but when I look at the following I can see a pattern.  As with fires earlier in the year the fires seem to be destroying the houses but leaving the surrounding vegetation intact.


Is there something else at play here?


Even the firefighters are saying something that some social media warrriors are not saying- that they have not seen this phenomenon before. 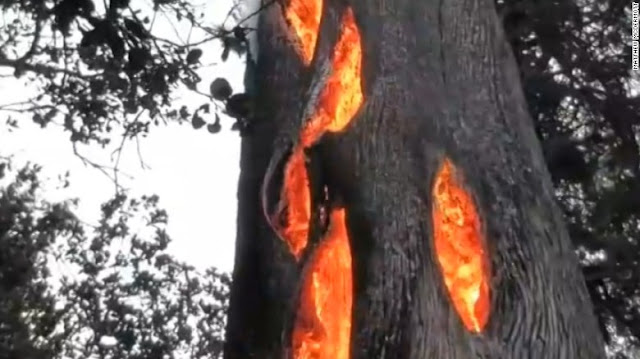 When I compare the footage with that of the fires near Athens I noticed that the fires destroyed houses but also blackened (rather than burnt) the surrounding trees.

This is exactly what I would expect in fires of this ferocity.


These are only questions.


I would not pretend to have any answers without expertise and evidence that I don't have.


That obviously doesn't stop others from having their own instant opinions based on... their own opinions!