Ahed Tamim to be freed Sunday 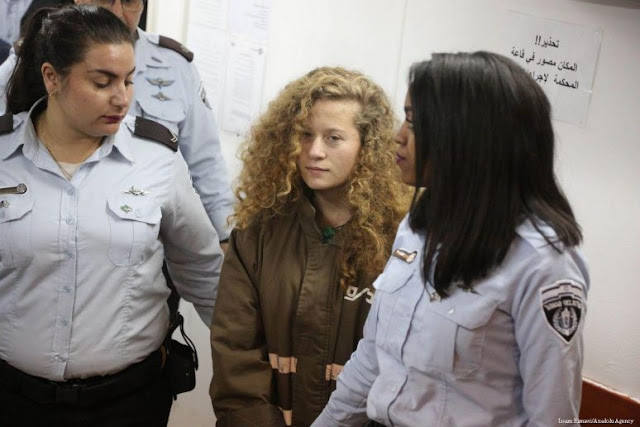 
Bassem al-Tamimi told new agencies that her daughter’s release was scheduled for 19 August but this could significantly brought forward.


“The Israeli authorities usually do not inform the detainee or his family of the date of his release, but I think she will get a decision” to reduce her detention by 21 days, he explained.


In March, the 16 year-old Ahed was sentenced to 8 months in prison by an Israeli court for attacking an Israeli soldier.