I was interested to see the interest in this story overseas.I have been aware of it for about a week 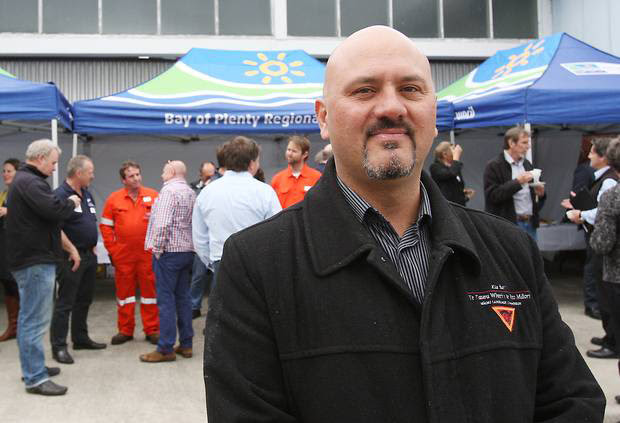 Hal Turner,
28 July, 2018
The widow of a New Zealand politician has blown the whistle on her late husband claiming he was part of a massive pedophile ring that went to the "the highest heights you can imagine."
Anihera Zhou Black has bravely come forward saying that her late husband was involved in an elite pedophile ring that went "deep and wide."
"These people aren't just laborers and workers at fast food restaurants," Black says."These people are in suits, they are people in power," she added.
It is believed by many that such satanic pedophiles also infest the political class in the United States, and there are signs that mass arrests are coming soon.
Awanui Black died aged 48 in 2016 after drinking himself to death. Black was a regional councilor, Maori Party political aspirant, a commissioner at the Maori Language Commission, and also a lecturer at Te Wananga o Raukawa and Treaty of Waitangi negotiator for Ngati Pukenga.

According to Zhou Black's stomach-churning, Facebook live broadcast, her husband was also a pedophile involved at the very highest levels of government.
Zhou Black, 49 said her difficult decision to expose her late husband as a satanic elite pedophile was intended to give victims of abuse strength to come forward.
Black also revealed that she believed her late husband used their marriage as a 'disguise' to mask his pedophilia and horrific child abuse.
The couple met young, both 15 and were in a steady relationship by 18. 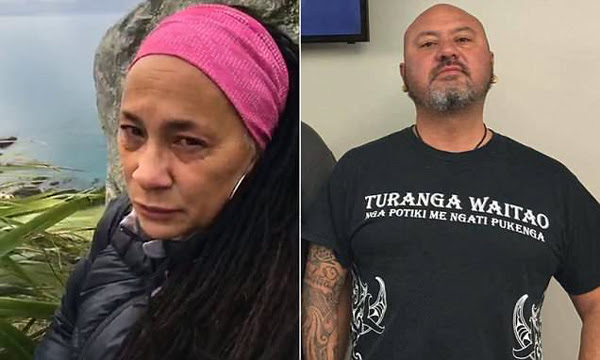 He went on to become a highly regarded pillar of the Bay of Plenty community and someone with the charisma to stand on the national stage.

"Our relationship is one where I never had a voice through our marriage. I had been conditioned, groomed, to be the quiet wife."

According to Her Facebook Live post - based on partial admissions from Black and disclosures from others - came after 26 years of silence.

The truth, as she now believes it to be, had to fight against his "grooming" of her to play a role which covered who he really was.

Now, she believed he had used their marriage as a mask for his "private life" - one that included affairs with consenting adults, abuse against children and large amounts of alcohol.

And there were children, she said.The youngest victim to have emerged was someone who had said they were aged 8 when sexually abused by Awanui Black.
Zhou Black said the couple separated in 2012, during which time he admitted affairs and using pre-teen pornography.
There was a reconciliation a year later but the time away gave Zhou Black a voice she felt she never had and the reunion never worked.
In 2014, they separated again and stayed apart.
Zhou Black said during these time she would yearn for him to tell her the truth.
Her sister said it was an impossible request because, once a string of marital infidelities was swept aside, the truth was much darker and far worse.

"The sad thing with Awa is that he knew if he told her the truth, there was no going back from that. He knew what the outcome of that was."

Anihera Zhou Black said in the time which followed there came disclosures, and events which occurred that answered questions in her mind from her years married to Awanui Black.
It had led her to believe there was a "ring" of people who - with her former husband - had preyed on children.

She said she would be speaking with police but believed an independent investigation could be necessary as one of those she believed was involved had been a police officer.
"We don't know where the cover-up will begin. There are compromised police here in Tauranga that are part of that ring. I know of one."
She would also not name a number of suspected victims, again because it could jeopardize the police inquiry.
"It's an unknown figure, to be honest. I have knowledge of some but whoever else is out there, we've just had so many people come through our lives."
Zhou Black said Black had been abused as a child and the experience had warped his actions.

She said she believed his actions as a predator drove his alcohol abuse.

His cause of death was officially listed as "organ failure", which she said was caused by alcohol abuse.
"He killed himself. It was suicide by alcohol. He did that deliberately. He couldn't live with everything that was going to be exposed. It was just a matter of time."
She had confronted him and he had denied the claims.
"He was very defensive. And he became quite violent with that defensiveness."
She believed her insistence meant that he knew the questions would soon be asked publicly.
"It wasn't something I could condone or keep quiet about. This was a while ago. It's taken me a number of years to get to where I got to yesterday.
"What he knew was that everything was crumbling. The facade he had carefully manicured over the years was coming down and he would be exposed. That's what he knew. That's why he took himself out."

In the days after her former husband's death, Zhou Black had a number of shocks, including childhood friends of her husband's telling her of abuse he had suffered as a boy.There was also physical evidence left on his mobile phone, which had been passed to her. On it was a photograph of a naked teenage girl - sent by the girl at his encouragement. Tiakitai-Turi said: "They were communicating and he was grooming her at that stage."

There had already been disclosures which led to this point and overnight had come more."Things are tumbling out all over the place. Revelations, and people talking about things. In my mind, retrospectively, you can start to see a pattern."

Prior to his death, there was a genuine fear among victims of stepping forward."People were really afraid to talk. Some still are."
Tiakitai-Turi said his mana and standing in the community silenced victims who doubted they would be believed.
"With particular victims, there were things he could do that made those victims not ever want to speak. And part of that was his status. Who would you believe? That (victim) or the guy with the status."
Tiakitai-Turi said many of those who were close to Awanui Black who had expressed anger were struggling with questions over their own friendship and judgment.
She said they would be asking themselves, "How could I get it so wrong?"
But she said everyone - herself included - had made the same mistake.
There are now growing calls from Bay of Plenty community leaders for police to investigate the claims.
Bay of Plenty Regional Council chairman Doug Leeder said the allegations were extremely serious in nature.
"I think it is only appropriate that the respective authorities look into what has been alleged, which I am in no doubt they will do," he said.
A police spokesperson said they were aware of the video and would be seeking further information about the allegations.

An allegation of paedophilia against a late iwi leader has rocked Māoridom. Awanuiarangi Black died in 2016 but over the weekend his widow alleged he sexually abused multiple children and was involved in a paedophile ring