The Silence of the Whores 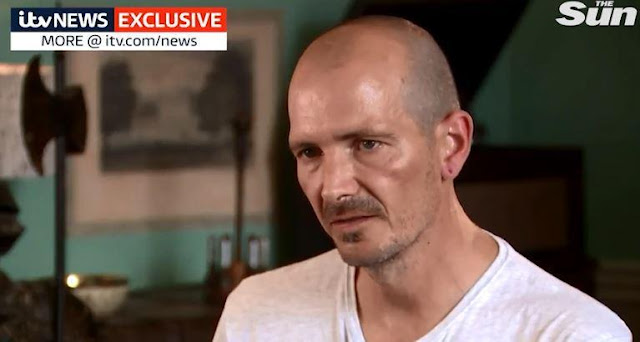 The mainstream media are making almost no effort today to fit Charlie Rowley’s account of his poisoning into the already ludicrous conspiracy theory being peddled by the government and intelligence agencies.

ITV News gamely inserted the phrase “poisoned by a Russian nerve agent” into their exclusive interview with Charlie Rowley, an interview in which they managed to ask no penetrating questions whatsoever, and of which they only broadcast heavily edited parts. Their own website contains this comment by their journalist Rupert Evelyn:

He said it was unopened, the box it was in was sealed, and that they had to use a knife in order to cut through it.

“That raises the question: if it wasn’t used, is this the only Novichok that exists in this city? And was it the same Novichok used to attack Sergei and Yulia Skripal?

But the information about opening the packet with a knife is not in the linked interview. What Rowley does say in the interview is that the box was still sealed in its cellophane. Presumably it was the cellophane he slit open with a knife.

So how can this fit in to the official government account? Presumably the claim is that Russian agents secretly visited the Skripal house, sprayed novichok on the door handle from this perfume bottle, and then, at an unknown location, disassembled the nozzle from the bottle (Mr Rowley said he had to insert it), then repackaged and re-cellophaned the bottle prior to simply leaving it to be discovered somewhere – presumably somewhere indoors as it still looked new – by Mr Rowley four months later. However it had not been found by anyone else in the interim four months of police, military and security service search.

Frankly, the case for this being the bottle allegedly used to coat the Skripals’ door handle looks wildly improbable. But then the entire government story already looked wildly improbable anyway – to the extent that I literally do not know a single person, even among my more right wing family and friends, who believes it. The reaction of the media, who had shamelessly been promoting the entirely evidence free “the Russians did it” narrative, to Mr Rowley’s extremely awkward piece of news has been to shove it as far as possible down the news agenda and make no real effort to reconcile it.

By his own account, Mr Rowley is not a reliable witness, his memory affected by the “Novichok”. It is not unreasonable to conjecture there may also be other reasons why he is vague about where and how he came into possession of this package of perfume.

The perfume bottle is now in the hands of the Police. Is it not rather strange that they have not published photos of it, to see if it jogs the memory of a member of the public who saw it somewhere in the last four months, or saw somebody with it? The “perpetrators” know what it looks like and already know the police have it, so that would not give away any dangerous information. You might believe the lockdown of the story and control of the narrative is more important to the authorities than solving the crime, which we should not forget is now murder.

Yulia Skripal to Return to Russia When Her Father Gets Better, Cousin Says 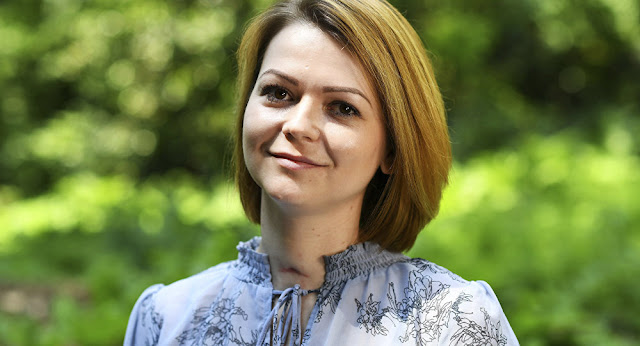 Yulia Skripal, who was allegedly poisoned alongside her father Sergei Skripal in the UK city of Salisbury in March, will return to Russia when the latter gets better, Yulia's cousin Viktoria Skripal told Sputnik on Thursday.

"[Yulia] said she was doing well and already had a connection to the Internet… She will return home when her father gets better," Viktoria said.
The phone conversation took place on Tuesday, when Sergei Skripal's mother was celebrating her 90th birthday.

"She was very happy to hear that Sergei was okay," Viktoria stressed, adding that, according to Yulia, Sergei Skripal still had a respiratory tube in his trachea.
READ MORE: Sergei Skripal's Niece Claims She Got in Touch With Yulia Skripal

On March 4, the Skripals were found unconscious on a bench at a shopping center in Salisbury. The United Kingdom and its allies have accused Moscow of having orchestrated the attack with what UK government claims was the A234 nerve agent, albeit without presenting any proof. Russian authorities have refuted the allegations as groundless.