America to up its military presence in Australia 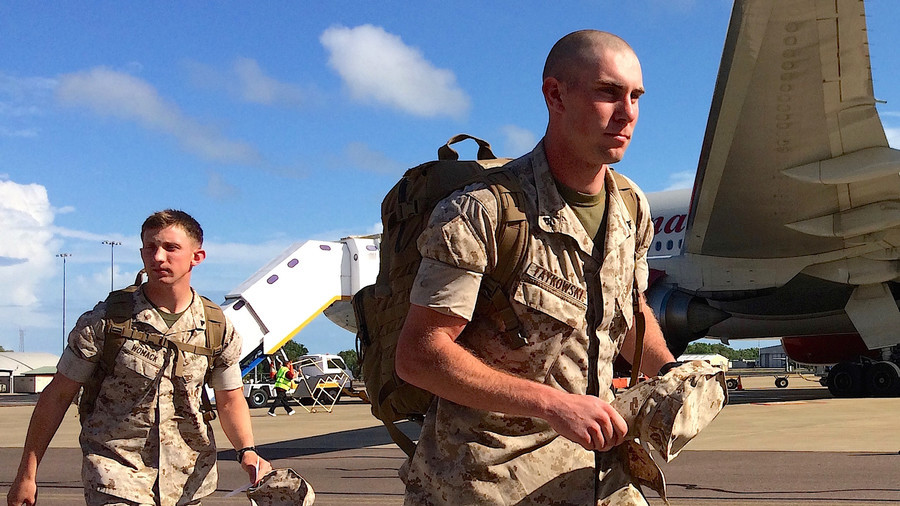 The US continues to ramp up its military footprint in Australia, aimed at countering a perceived threat presented from China. With plans to station 2,500 Marines in Darwin, US military presence in the Pacific continues to expand.

Marine Corps presence in Australia has ballooned since the first rotation of 250 troops arrived in the country in 2012. There are currently 1,500 members of the Marine Rotational Force-Darwin stationed in Australia’s Northern Territory along with an array of US weapons and aircraft. That number is to swell to 2,500 “as soon as practicable,” the Department of Defense said following a meeting between the US and Australia this week.

The ever-increasing US military footprint extends across the Pacific region, with some 22,000 Marines stationed in Okinawa, Japan, 7,000 in Guam and 28,500 in South Korea.

US forces will also integrate in Australia’s upcoming Indo-Pacific Endeavour exercise and will carry out a series of exercises in Fiji, Samoa, the Solomon Islands, Papua New Guinea, Tonga and Vanuatu.

The US sees China’s influence in the Pacific as a grave threat to its global influence. Allies Australia and New Zealand have taken steps to counter this threat, with Australia recently funding underwater telecommunications cable from the Solomon Islands to Australia and Papua New Guinea in a bid to quash Chinese Huawei from doing so. Both China and Australia provide billions in aid to countries in the region, and Australia has plans to invest in US surveillance drones to increase its security in the South China Sea.

Speaking after a meeting with Australia’s Foreign Affairs Minister Julie Bishop and Defense Minister Marise Payne at Stanford University on Tuesday, US Secretary of State Mike Pompeo said the two nations would “walk the walk in the Indo-Pacific,” adding it was up to Australia to decide whether it would embark on freedom of navigation exercises in the South China Sea.

These exercises see the US flex its military might by sending warships and aircraft through waters and airspace that China claims sovereignty over in contest with some other nations of the region. The US, which has no claims in the many territorial disputes, insists on calling those areas neutral and thus open to free navigation.

Pompeo expressed confidence that other countries would follow in Australia’s footsteps. “I think the South Pacific, like most places in the world, understands the enormity of having an American ally,” he said.

The 2,500 figure was outlined by Barack Obama as early as 2011 when the US and Australia entered an agreement as part of an “Asia rebalance.”