This is crazy! Everyone knows that the Saudis have no spare capacity, just like they know Iran has no nuclear weapons. Perhaps this means that an attack on Iran is still on the table (especially given the possibility of Israel attacking from Azerbaijan)
Exclusive: West wants Saudi Arabia to keep up oil production
Oil consuming nations may seek reassurance from Saudi Arabia that it will not cut oil production and neutralize the impact on oil prices if consumer countries release emergency reserves, diplomats and industry sources said. 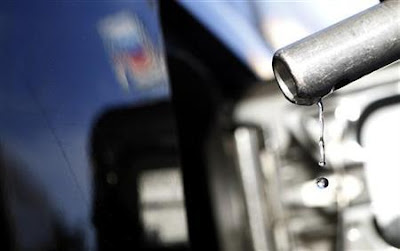 Reuters,
29 March, 2012
The issue may be raised by a U.S. delegation, led by U.S. Secretary of State Hillary Clinton, which is in Riyadh this weekend to discuss Syria with Gulf states. Clinton will see Saudi King Abdullah and Foreign Minister Saud al-Faisal.
"If they're going to release reserves they need an assurance from the Saudis that they won't offset it by cutting supply," said one industry source familiar with thinking in Washington.
"There's no doubt the measure needs the cooperation of Saudi Arabia," said a diplomat.
The United States, with Britain and France, is considering a release from emergency stockpiles to cut fuel costs. Other countries including South Korea and Japan may join the plan.
Riyadh would not want deliberately to undermine an effort to bring down oil prices. But it might reduce supplies in response to a release of oil drawn from reserves if that were to displace Saudi supplies, particularly in the United States where the national Strategic Petroleum Reserve would provide the bulk of any drawdown.
Oil prices have risen sharply since the start of the year, at one point breaking $128 a barrel, largely because of sanctions against oil producer Iran aimed at slowing Tehran's nuclear program.
Diplomats have said the sanctions aim to meet Israeli demands for action against Tehran by hitting Iran's oil earnings and to prevent the alternative - a military strike by Israel.
"The view is that higher oil prices are a price worth paying to prevent or push back a war against Iran and higher oil prices can be alleviated by using emergency stocks," said the industry source.
Saudi Oil Minister Ali al-Naimi has said publicly that Riyadh wants to bring down oil prices.
But he has also said that Saudi can do no more than meet demand for its crude, which it is already doing, and that the previous drawdown of oil reserves last June during the Libyan civil war did not work.
"That's up to them," he said to reporters in Doha last week of a possible consumer country release. "What I can tell you is that they have done it before and it didn't do anything. You saw what happened in the last release? Nothing."
The concern among Western diplomats is that oil from strategic stocks could displace Saudi barrels, particularly to the United States where Saudi imports have risen recently, leaving net supplies globally little changed.
Last year after the International Energy Agency tapped reserves at the end of June to fill the gap left by Libya's civil war, Saudi output at first remained high, and then fell.
Reuters estimates put Saudi production at 9.85-9.9 million barrels per day from July to September before falling to just over 9.4 million bpd in October and November. It has since risen steadily back to about 9.9 million bpd now

Saudi Arabia resorts to Jedi mindtricks
Iranian President Mahmoud Ahmadinejad said on Monday the United States could no longer dictate policy to the rest of the world and warned of growing instability in the West's relations with Pakistan. 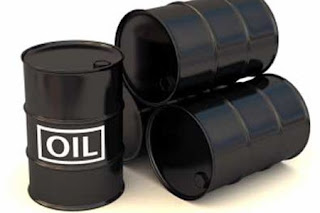 FT,
29 March, 2012
Saudi Arabia’s oil minister Ali Naimi penned a sharply worded piece in the Financial Times on Thursday declaring that high prices are unjustified because “there is no lack of supply.”
But what does resorting to an op-ed in the Financial Times actually tell us about the kingdom’s position?
Could it be that the Saudis have taken a leaf out of the Fed’s book, an institution also known to have lost firepower, and resorted to communications as a policy instrument in its own right? That is, when all else fails, resort to Jedi mindtricks: “This is not the supply shortage you’re looking for”.
Olivier Jakob at Petromatrix has had some thoughts on the matter. As he wrote on Thursday:
It used to be that Saudi Arabia produced more oil when it wanted lower oil prices. Today, when Saudi Arabia wants lower prices it produces an op-ed in the Financial Times. The world needs proof of barrels, not words, and Saudi Arabia for now is delivering the latter rather than the former. If you are a large oil producer with spare capacity it is easy to bring prices lower: you produce more, force oil into storage that then force a contango structure that forces the speculators out of the market.
Writing an op-ed is nice but it also shows that you either do not want or can’t produce more. The problem might be that if Saudi Arabia pushes more oil out, then given the tough financial penalties for dealing with Iranian crude oil there will be more countries moving away from Iranian crude oil, and while Saudi Arabia can replace some Iranian crude oil it is much more difficult to replace all the Iranian exports and will also put Saudi Arabia at a greater risk of war with Iran.
Crude oil prices were lower yesterday on the sound-bites of France joining the UK and the US on the idea of a release of strategic stocks. The use of strategic stocks is supposed to be the last bullet and if Western powers are seriously envisaging this then it only shows the lack of commitment they have received from Saudi Arabia to replace the Iranian oil that is falling under the embargo.
Looking at the way Europe has managed the Greek crisis we should now expect a sound-bite about stock releases every day. The odd reality however is that France is currently refilling its strategic stocks of distillates and is expected to buy more during the summer.
It all does seem very counterintuitive. On the one hand Saudi is saying there is no supply shortage and stocks are at record levels. On the other hand it’s sending more crude to the United States. On the one hand you have high oil prices and the constant mumblings of SPR releases. On the other hand much of the analyst and academic community insists there’s no need for any emergency action.
So what is going on?
We’d be pleased to hear from anyone who can make sense of it.
Yours, confused.
FT Alphaville.
Posted by seemorerocks at 15:31