A Layman's Guide to CDO's, Derivatives, and Short Selling

A great introduction to the lexicon of banksters and fraudsters
With great thanks to Aotearoa: a Wider Perspective
John Key and Credit Default Swaps Part 1: A Quick Primer
by Travellerev
Over the next couple of days I’m going to attempt to tell a long story, about 25 years worth of banking history and how John Key is connected to the most vile products devised by the Financial elite. I have decided to cut it in segments to make the build up and the end result clear. A lot of this has already appeared on this blog but today I found a missing link I think you will find fascinating. So here it goes. 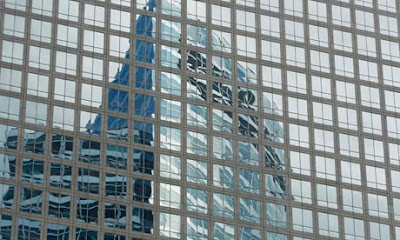 Credit Default Swaps: a quick primer.
For most people the terms CDO’s, CDS’s, Derivatives, short, naked, to name a few might just as well be Martian.
They were and still are to some extend for me too but bear with me because all will be explained.
First of all you have to realise that all these words are designed to make non insiders confused and feel ignorant. That is their function.
This is not just something bankers do but horsey people, gamblers, scientists in different disciplines to name a few all love developing their own lingoes to separate themselves from the masses and have a language that enables them to communicate with their peers on their chosen subject in a fashion that makes sure that while they understand each other outsiders won’t. Nothing wrong with that as such.
It only becomes malicious if these terms are developed in order to defraud people from their hard earned assets and to allow the perpetrators of these frauds to communicate with each other about their crimes without the victims being able to understand what is happening to them.
We are currently witnessing the biggest transfer of real world wealth from most of us to a very, very small group of people. If you are happy to believe that this could all happen accidentally and without planning because the people receiving all that wealth are just a bit smarter and more deserving than most of us or even as many people seem to think actually a lot more stupid, now is were you should stop reading.
If on the other hand you would like to know how all this came to pass let me take you on journey of discovery.
First let me give you the translation of a few of the terms you are going to need:
I’ll link them to their Wiki pages for if you want to go all out and want to learn the jargon but here I give you the simple people translation.
CDO (Collateral debt obligation)
A bunch of real world valuables such as mortgages being paid off (you hope) by real people busting their butts chucked together in a bag and partly sold to different entities such as pension funds looking for safe long term investments hoping for a return. These entities could choose the risk they were willing or able to take and gamble accordingly.
This worked until they found out that the banks holding these mortgages sold mortgages to people who had a snowflakes hope in hell to pay these mortgages of because they were going to sell them off risk free to entities such as pension and hedge funds they referred to as muppets or the money made in these deals as ROF (Rip of factor). 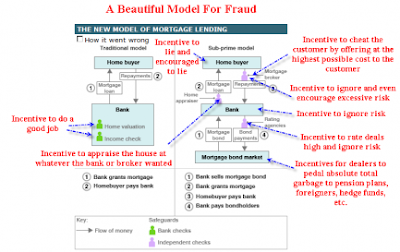 CDS (Credit Default Swaps)
While most people bought them in the mistaken illusion they were securing (insuring) the bets they made buying “bonds and derivatives” (The products John Key was selling amongst others) they were actually just another bet on top of another bet something every man and his dog is about to find out . What makes a CDS extra interesting is that unlike insurance which you can only buy for assets you actually own such as house, car, health to name a few you can actually buy CDS’s on things you don’t own which makes it a bit like betting on whether the house of your neighbours is going to go up in flames while you insured it. Not for your neighbours but for a pay out for yourself.
Derivative
A financial derivative is a sort of paper fools gold. Originally designed to transfer risk to a party in the market for risk and its potential reward it was a way in which say a wheat farmer and a miller could insure themselves. The farmer against not finding a buyer or a bad harvest and a miller against not finding a supplier or a bad harvest to.
This all changed in the early 1990 when derivatives were discovered as a means of getting people also known as muppets to bet on anything including as to whether it would rain in the Sahara desert on October 22 2008. Funny enough someone actually bet on the fact that quit a few companies including Merrill Lynch, Air America and other assorted corporations which lost a lot of value on 911 would actually do so. But I digress.
Naked
No it doesn’t mean a person not wearing any clothes at least not in the finance world. In the finance world it means betting on something changing value without being insured if the value does something opposite of what you hoped it would do. It is usually used in combination with the words Short selling which does not stand for a short person selling something but a bet on a price of something going down.
So the term Naked short selling while for most of us would mean a naked short person selling something to the bankers world means betting on a price of an object going down without being assured for the situation where the price actually goes up.
This is a bit like betting your girlfriend won’t get pregnant while you boink her in her most fertile period while having no money in the bank to raise the kid if she does.
If reading the above you notice that I use the world betting a lot you are right. All these serious banking products they tell you are what every pension fund should have and do in abundance to insure the future well being of their ageing flock are basically bets and like bets they have way of ending up making the bookies rich and their muppet punters poor.
Next: John Key and Credit Default Swaps part 2: From Bankers Trust to Greece, a history
Posted by seemorerocks at 17:04