From Nicole Foss' visit to Australia

This article from a Tasmanian newspaper appeared after Nicole Foss's visit to Tasmania
Predictions bring focus home
EVERYONE, I'm sure, agrees that some big changes lie ahead. Climate and energy are in the mix, as are governments and economies. All very important, but I reckon that your central concern is much closer to home.
. 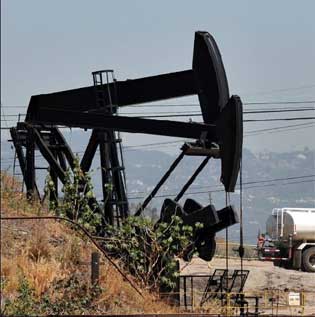 the Mercury,
27 March, 2012
I'm guessing that when you think about your future, uppermost in your mind (as in mine) is your physical and financial wellbeing, and that of those close to you.
The neighbourhood we call home and the people we share it with remain our principal focus. It's part of being human.
In tough times, our home focus is stronger than ever. This was brought home to me in Hobart earlier this month when a softly spoken Canadian named Nicole Foss held listeners spellbound as she mapped out her vision of where our current global financial difficulties are taking us.
Foss, who writes under the name Stoneleigh on the blogsite The Automatic Earth, has a background in biology, pollution control, finance and international law a pretty clear pointer to a mind that ranges far and wide. In that respect at least, she didn't disappoint her two Tasmanian audiences.
Foss provided a pretty full run-down of what it takes to develop resilience to future shock. She might have added one more item: sitting through one of her lectures without collapsing in utter despair.
Even if you take on board only a small part of her message, this is pretty tough medicine.
Here's a sampler of what she had to say:
The world is now experiencing the biggest financial bubble in history. In keeping with the size of the bubble, its inevitable bursting will bring on a major depression and an energy crisis.
Markets are neither rational nor efficient, and are driven by perception, not reality. Prices are determined not by any economic fundamentals but simply by what people are prepared to pay.
Emotions are contagious. When markets are steeply rising, we tend to be euphoric; when they're collapsing, we're driven by fear. Fear being a very sharp emotion, in the wake of a bubble bursting we get an extremely rapid decline. That means we're headed for the worst crash in history.
It has already begun. With those at the top of the financial food chain grabbing for their share of collateral, we're seeing a spread of fear, which will increase sharply in the next few years. In these circumstances, public policy gets completely overtaken by events.
Credit (currently 95 per cent of the total money supply) is the main driver of today's bubble. Where it once boosted GDP by supporting productive business, credit has been used for personal luxuries or for gambling on market futures, while at the same time creating the illusion that this is real wealth.
The credit bubble is something like a giant game of musical chairs where there's one chair to every 100 people. So long as the music keeps playing we don't notice the acute chair deficit. When the music stops, only those best positioned to understand the rules of the game will remain viable.
While Australia has a low public debt to GDP ratio, its household and financial institution debt burden is among the highest in the world as a proportion of GDP, which makes us more vulnerable to a credit crunch than we might think we are.
The global energy market did not trigger this crisis, but it will play a big part in its aftermath. Financial disruption will see spikes in oil prices, adding to general volatility. In the longer term, as oil extraction becomes more expensive, oil shortages will make economic recovery more difficult.
The scale of the present financial crisis is beyond the capacity of governments and financial institutions to resolve. While they will seek to retain central control, inevitably it will devolve to regional and smaller units as global trade slows and local resources take on greater value.
We need to resist the urge to blame someone else, and to think constructively about how we can best manage this situation for both our personal benefit and just as important the benefit of our communities.
This brings opportunities to foster a more decentralised economy, drawing more on local skills and resources and less dependent on large-scale trade or government programs.
In doing so, we must work with others, because we cannot get through the coming hard times alone, and that will bring numerous benefits. We don't have to live like kings or queens; in living a simpler life, one that is more focused on community, we can rediscover what it means to be human.
There are some caveats to all this. Though a long-time student of global finance, Foss is neither an economist nor a psychologist.
Professionals in either of these fields, and no doubt many others, may thus conclude that she doesn't know what she's talking about.
We should be careful about such conclusions. Any wise economist or psychologist will tell you that our future economic and social wellbeing involve understanding well beyond the scope of any set of professional tools of trade. If I had to choose, I'd happily line up with Foss. On the subject of building community, I went to an event close to home last week that launched a nifty little map, partly funded by Hobart City Council, to help and encourage West Hobart locals to walk their neighbourhood and find local services.
Created by a small group of stalwarts from the West Hobart Environment Network (great acronym), this map is a template for any Tasmanian community wanting to draw attention to its assets. Find it at http://westhobartenvnet. blogspot.com.au.
pb@climatetasmania.com.au
Here is an interview with Nicole Foss from the Extraenvironmentalist

Debt is placing a stranglehold on the global economy, restricting the ability for growth to occur at a rate fast enough to prevent the monetary system from unraveling. To delay a massive deleveraging, governments are turning on the central bank taps to fill the system with liquidity. With severe structural issues that continue to avoid inclusion in the political discourse, can ordinary people prepare to maintain control over their assets to ensure success of future decentralization initiatives? How is preparing for this world different for our generation than for our parents?
In Extraenvironmentalist #38 we talk about living in hard times with Nicole Foss of The Automatic Earth. Nicole tells us about the Canadian housing bubble and why the initial collapse might just be faster than the one America experienced in 2005. Seth and I ask about what life was like in the Great Depression and how the process of labor exploitation may continue into the near future. We ask Nicole if misunderstandings about economic collapse could have us preparing for the wrong thing.
Also, we get to meet our blog editor Louisa Clarence-Smith who tells us about WWOOFing and her experiences working on farms in Scotland and Italy.
For interview GO HERE
Posted by seemorerocks at 19:27