BRICS to continue to import oil from Iran

There is a right royal battle going on – the BRICS nations are challenging the West – and the petrodollar
India,China to continue Crude Oil imports from Iran, other BRICS support
India and China have flexed their muscles, supporting oil imports from Iran despite US opposition that both countries should reduce importing oil from the Middle East country. India and China are the two biggest oil markets for Iran, accounting for about 45% of Iran's oil exports.. 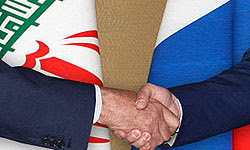 Commodity Online,
29 March, 2012
"China is not obliged to follow any domestic law and rules of any particular countries. We don't want to see any negative implication of domestic rules & laws of a particular country on the entire international economy”, CNBC quotes Chen Deming, Trade Minister of China as saying.
Meanwhile Indian Commerce and Industry Minister Anand Sharma stated that "We are sure that none of the countries are in violation of the UN resolution. The resolution doesn't forbid countries engaged in trading essential commodities and what is required for human good. We look at such issues (continuing trade with Iran) in a pragmatic manner while ensuring that we respect UN resolutions”, Economic Times reports.
With India and China asserting strongly that they would continue to import oil from Iran, they have also received support from other BRICS nations-Brazil, Russia and South Africa. BRICS leaders are holding their 4th summit meet in Delhi this week.
Earlier, the US had asked India and China to reduce oil imports from Iran or face the prospect of US sanction on them. India had retorted by saying that any such move would adversely affect Indo-US bilateral ties.
Posted by seemorerocks at 15:52