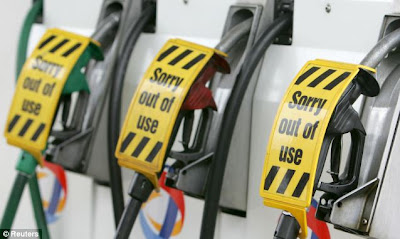 France discussing strategic oil release with UK, U.S.
.
Reuters,
28 March, 2012
France is in talks with the United States and Britain on a possible release of strategic oil stocks to push fuel prices lower, French ministers said on Wednesday, four weeks before the country's presidential election.
For article GO HERE
Blackouts turn faucets dry in Mindanao areas
Manila Standard Tiday,
28 March, 2012
THE faucets have run dry on some islands in Mindanao after the eight-hour daily blackouts knocked out their deep-well pumps, Agham Rep. Angelo Palmones said Tuesday.
“The residents on the island provinces and municipalities like Zamboanga, Basilan and Tawi-Tawi have to resort to manual wells,” Palmones said.
“The residents are also boiling the water for drinking to avoid contracting diseases because there is not enough power to run the treatment plant. The prices of bottled water have skyrocketed.”
The island’s plantation owners, meanwhile, are complaining that their banana, pineapple, palm and rubber exports are threatened by the lack of electricity to power the pumping stations that irrigate their farms, according to Ramon Floresta, president of the Kidapawan Chamber of Commerce and Industry, a member of the Mindanao Business Council.
The losses in banana exports alone could hit $1.6 billion, Floresta said.
In Davao City, the local water district is looking for P11 billion to cope with the water shortage and to upgrade its facilities.
The Davao City Water District, a government-owned and -controlled corporation, serves only about 60 percent of the city’s population, and only 106 of its 182 villages receive pipeline services. That translates to only 4.86 percent of Davao City’s total land area, a company report says, while demand is growing at an average of 3.24 percent a year.
From 257,511 cubic meters in 2011, the demand for water is expected to shoot up to 321,606 cubic meters by 2018, water district officials say.
A major project is the creation of the P8.48- billion Tamugan Surface Water Development system that aims to develop surface water sources aside from ground water.
“We want to develop it because we want to prevent the over-utilization of our ground water source,” said Ariel Noble, the district’s corporate planning manager.
“This ground water source is not infinite. There will come a time it will be exhausted, so we’re trying to prevent that.
The district now gets 99.81 percent of its water from ground water sources. A medium-term objective is to cut its water losses to 15 percent by 2018.
The district’s other projects include the drilling of additional wells, the construction of additional reservoirs, and the extension and improvement of its Panacan and Cabantian facilities.
“We will need P11 billion in order to implement these projects as more than P8 billion will go to the surface water project,” Noble said 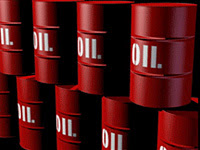 India crude oil demand hits second highest level in Feb: Barclays
Commodity Online,
28 March, 2012
Indian crude oil demand in February 2012 has risen to the second-highest level on record, supported by robust diesel and gasoline consumption, said Barclays Capital in a daily research note.
According to Barclays, the latest Indian oil demand data further highlighting the strength in non-OECD demand. Indian oil consumption in February increased y/y by 67 thousand b/d (2.1%) to 3.317 mb/d, placing it at the second-highest level on record and the highest February ever. This constituted the fifth straight month where demand totalled more than 3 mb/d, highlighting the steady move higher in oil consumption in the country.
Growth in diesel sales, which make up over a third of India's domestic consumption, picked up, increasing by 8% y/y to 1.423 mb/d, the second-highest level ever, as improving industrial activity and continued penetration of diesel in the automobile sector buoys demand, the bank added.
While Indian IP recently surprised to the upside, auto sales, and in particular, diesel fuelled car sales, picked up strongly. In fact, overall auto sales in February reached a record high in India, with part of the reason in the surge related to customer worries over potential tax increases on diesel vehicles by the government in its upcoming budget, Barclays continued.
Gasoline demand growth recovered, too, increasing y/y by 4%, although with the price differential between the unregulated gasoline and subsidised diesel getting larger, growth rates have slowed undoubtedly, they added.
Naphtha demand growth picked up pace as natural gas output fell sharply by 7.7%, boosting demand for the former. Naphtha demand increased by 3% y/y, after having fallen on average by 10% over the previous two months, the bank said.
Fuel oil demand remains the weakest part of the barrel, falling y/y by 27%. Domestic production continues to disappoint, down by 3% y/y. Indeed, both Indian and Chinese domestic production have faltered lately, adding further woes to an already fragile non-OPEC supply picture, Barclays concluded 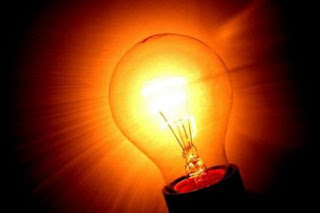 
-- This is not a game. Indonesia's main airport has been closed due to riots, leaving many passengers stranded. India, Bulgaria and Italy are getting ready to explode
--MCR
Protests against outages continue
LAHORE/FAISALABAD: Demonstrations against prolonged and unscheduled power outages in Punjab entered their sixth consecutive day on Tuesday as people poured onto the streets in protest in different towns, blocking major roads and forcing business centres and shops to close down.
The News, (Pakistan)
28 March, 2012
In Lahore, protesters blocked roads by burning tyres at the Laxmi Chowk, Baghbanpura and Ichhra areas. All markets, shops and business centres were closed during the protests while a large number of protesters also attacked the Lahore Electric Supply Company (Lesco), Ferozpur road circle and set the office record, furniture and computers on fire.


Complete shutdown was also observed in Faisalabad against unscheduled electricity and gas outages and increase in the prices of petroleum products. All the markets, shopping centres and bazaars remained closed while the business community and unemployed industrial workers burnt tyres on different city roads and areas. Road blockages disturbed the traffic and long queues were seen on different roads.


Earlier, rallies were taken out from different areas and PML-N leaders led the rallies. The participants of the rallies chanted slogans against the government, set ablaze the effigies of President Asif Ali Zardari and Prime Minister Syed Yusuf Raza Gilani and removed hoardings and banners of the PPP. On the other hand, bus and van stands looked deserted and no transport was available for passengers while all city petrol pumps were closed due to security reasons. Inter-city transport remained off roads and only taxis and rickshaws were seen picking passengers and charging extra money from them.


In Hafizabad, traders and shopkeepers observed complete strike and took out a rally against 18-hour unscheduled electricity loadshedding. The shopkeepers led by Anjuman-e-Tajran president Sheikh Muhammad Amjad took out a rally from Shaheen Market and chanted slogans against the government. They also burnt tyres to register their protest.


Meanwhile, hundreds of citizens staged demonstrations against long and unscheduled power loadshedding in Sialkot. The protesters chanted slogans against the rulers and the Gujranwala Electric Power Company (Gepco) officials at Shahabpura Road and Alam Chowk. They were carrying placards and banners, burnt tyres and blocked the Shahabpura Road and damaged the Gujranwala Electric Power Company office. Protests were also observed in Khanewal. 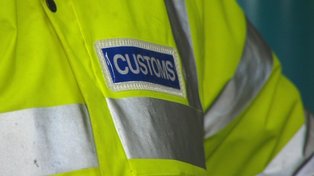 RTE News, (Ireland)
28 March, 2012
Customs officers say the latest diesel laundering operation discovered last night could have cost the State up to €5m a year in lost revenue.
The find was made at a premises close to the N3 near Virginia in Cavan.
A lot of effort had gone in to concealing this diesel laundering operation. A yard behind a house had been lowered by over a metre to hide the illegal activity.
The premises at Whitegate had been under observation for sometime.
When customs officers raided it last night, they found two vans as, well as equipment and bleaching earth used to remove the colour from cheaper agricultural diesel which is then sold on as road fuel.
This fuel is often sold cheaper than legitimate fuel, but it does cause major damage to engines.
One man found at the scene was questioned and subsequently released.
Customs officers estimate that the laundry could have washed around 10 million litres of diesel a year.

Fuel strike: pumps go dry as ministers provoke a panic
Panic buying broke out at petrol stations throughout the country today as ministers were accused of spreading fear by telling motorists to stock up on fuel in case of a strike by tanker drivers.. 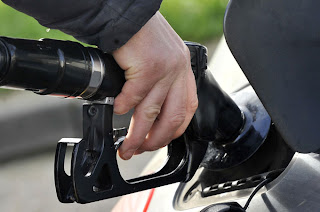 the Telegraph,
28 March, 2012
Some filling stations ran out and others began rationing petrol and diesel after ministers’ warnings of a major disruption to fuel supplies.
Tanker drivers from the Unite trade union have voted for industrial action, raising the prospect of a strike that could affect supplies to 90 per cent of fuel stations.
No date has been set for a strike, but ministers suggested that action could begin as soon as next week, disrupting the Easter weekend
.
Francis Maude, the Cabinet Office minister, urged motorists to consider storing petrol at home.
“As and when, when it makes sense, a bit of extra fuel in a jerry can in the garage is a sensible precaution to take,” he said.
Soon afterwards, David Cameron suggested that drivers should fill their tanks. “If there is an opportunity to top up your tank if a strike is potentially on the way, then it is a sensible thing if you are able to do that,” he said.
The Prime Minister yesterday convened the Cobra emergencies committee to discuss contingency planning for a strike, and said that motorists should be taking their own precautions too.
The warnings over supplies sent some motorists rushing to the pumps.
Industry estimates suggested that fuel sales were almost 50 per cent higher than would be expected on a weekday in March.
For article GO HERE
Posted by seemorerocks at 15:30