The cause of the steep rise in electricity prices is a shortage of natural gas for power plants, which has required a switch to diesel and heavy fuel oil instead. 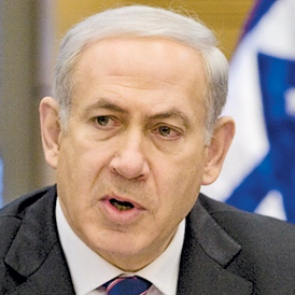 Haaretz,
27 March, 2012
On Sunday, gasoline prices are expected to rise by 2% and electricity rates are scheduled to go up 8.9%. Prime Minister Benjamin Netanyahu is trying to moderate these large price hikes, as he and other politicians are worried about a renewed outbreak of last summer's protests.
Netanyahu is seeking a last-second way to prevent, or at least reduce the higher prices planned for April 1, and on Monday spoke with the chairwoman of the Public Utility Authority - Electricity Orit Farkash-Hacohen. Netanyahu asked her to examine alternatives to the hike in electricity rates, which the authority decided on last Thursday.
The cause of the steep rise in electricity prices is a shortage of natural gas for power plants, which has required a switch to diesel and heavy fuel oil instead, which are up to five times more expensive for generating electricity.
The 8.9% electricity rate hike was originally scheduled to be 37%, but this was cut in half by a reduction in taxes on the fuel sold to the Israel Electric Corporation. The remainder of the electricity price hike will be spread over the next two years, with a 3.6% additional increase set for the beginning of 2013 and 4.7% more for 2014.
Knesset members have also come out against next week's planned hikes. Netanyahu met with the chairman of the Knesset Finance Committee, MK Moshe Gafni (United Torah Judaism ), last Thursday evening. Gafni asked the prime minister to stop the price hikes, calling it a case of saving lives. Netanyahu said he was preparing a solution to the problem, according to Gafni.
Netanyahu told the cabinet on Sunday: "After we dealt with the price of housing, and we are witnessing the first results of the drop in prices; [we] must also deal with the price of electricity and fuel."
He said the rise in electricity prices was the result of the sanctions on Iran, which have caused world oil prices to rise. "We need to examine how to deal with the implications of the sanctions on electricity prices, which will rise even further," he said.
As to gasoline prices, they are expected to rise some 15-16 agorot per liter, though the exact amount will only be set on Thursday. The price of a liter of 95-octane gas will be about NIS 7.90 for self-service. The higher gasoline prices are not only a direct result of higher world oil prices. The price has already risen 63 agorot per liter since the beginning of the year. Gas prices were scheduled to rise 38 agorot per liter a month ago, but Netanyahu intervened just a few hours before the increase was to take effect and cut fuel taxes by 10 agorot per liter.
Israel's Oil Refineries slides into loss
Israel's Oil Refineries swung to a loss in the fourth quarter due to a reduction in refining margins, in part due to the economic downturn and debt crisis in Europe.
Reuters,
26 March, 2012
Oil Refineries, Israel's biggest refinery, posted a quarterly net loss of $78 million, against net profit of $24 million a year earlier.
"2011 was a very uncharacteristic and unstable year for the company," Chairman Yossi Rosen said on Monday.
The company is taking several steps to improve efficiencies, including the merger of several subsidiaries, upgrading equipment and the transition to natural gas.
Its new hydrocracker for the production of clean fuels, in which it invested $326 million, is expected to be activated in the third quarter. This will improve margins by increasing the production of more profitable products.
Oil Refineries said its fourth-quarter adjusted refining margin was $2.60 a barrel compared with the average Reuters' quoted Mediterranean Ural Cracking Margin of $1.40 a barrel.
Its adjusted refining margin was $3.60 a year ago.
Oil Refineries, controlled by Israel Corp (ILCO.TA), plans to increase production capacity of propylene in early 2013, which is expected to bring annual cashflow of $55 million.
Posted by seemorerocks at 14:25