Just hold this article further in your mind; this is like the small print that actually gives the lie to all the misinformation and propaganda about the Iranian “nuclear threat”

Now, I suppose they will apologise to Iran and remove the  sanctions (sic)!
Just wait for the next round of lies and threats - or, does this mark the start of a backdown?
Of course this was never about the nuclear issue in the same way that the Iraq invasion was never about weapons of mass destruction.
Special Report: Intel shows Iran nuclear threat not imminent
The United States, European allies and even Israel generally agree on three things about Iran's nuclear program: Tehran does not have a bomb, has not decided to build one, and is probably years away from having a deliverable nuclear warhead. 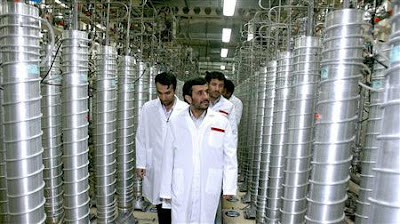