More on planning for Bank Failures in NZ 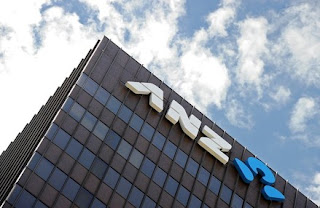 From Gold Survival Guide
28 March, 2012
Back home there’s been a bit more discussion of the RBNZ’s Open Bank Resolution (OBR). A.K.A a haircut for banks deposit holders instead of a bailout in the event of a bank failure. (We discussed this in detail last year if you need a refresher Bank Failures: Could they happen in NZ?).


This policy is under discussion until June, but has prompted ratings agency Moody’s to already comment that it could further negatively affect the ratings of the big 4 banks.


The good thing about the principle of the OBR is that it means theoretically a bank failure won’t result in a taxpayer funded bailout. The bad thing is if you are one of the unlucky deposit holders at said bank you’ll face losing a percentage of your money held with the bank. (Of course in a true free market system deposit holders would be encouraged to look closely at their bank’s financial strength and there’d likely be more banks not less, so a failure would not be so widespread in its impact.)


However we actually wonder what the government would do when faced with hundreds of thousands of customers complaining of losing a big chunk of their savings?


Would they buckle and bail out just as they did with AMI Insurance after the Christchurch earthquake?


But we think the really important point here is how few people actually know that currently they have no protection in case of a bank failure. We’d guess most people have the vast majority of their savings with one bank, and they don’t realise the potential risk this puts them under. So let those around you know what the risk is, and what is being planned, so they can do what they can to reduce the risk they are exposed to.


Of course in our opinion that would be to remove some wealth from the system and hold it in physical gold and silver - but you knew we’d say that didn’t you!
Posted by seemorerocks at 12:14