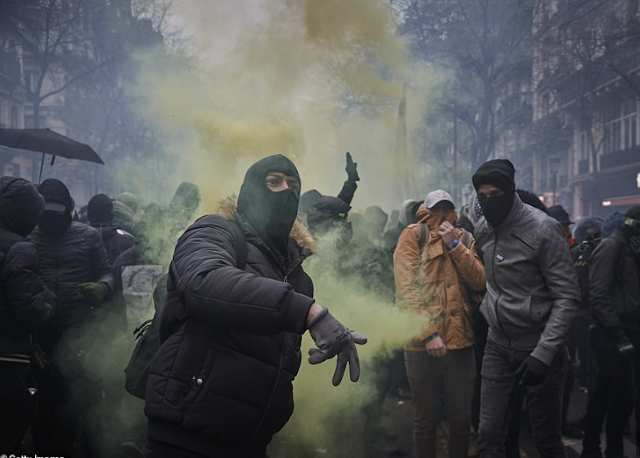 France national strike grinds country to halt but government refuses to back down
‘What we’ve got to do is shut the economy down,’ union boss says. ‘People are spoiling for a fight’ 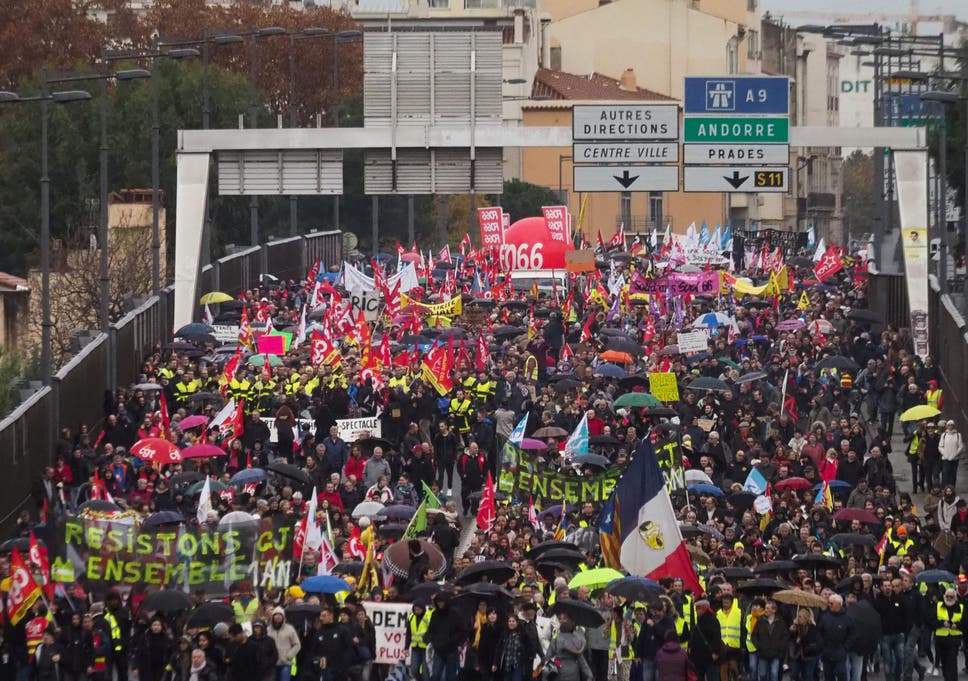 One of the biggest public sector strikes to hit France in decades looks set to continue after the French government stood by its plans to introduce controversial pension reforms.

More than 200 demonstrations took place across the country, with extensive security checks taking place in Paris. Before the protests even began on Thursday morning, police had detained around 65 people in the French capital.

Later in the day, riot police fired teargas at protestors, while businesses, cafes and restaurants along march routes were urged to close.

Popular tourist attractions were also shut down due to staff shortages, including the Eiffel Tower, the Musée d’Orsay and the Palace of Versailles.

Despite the disruption, President Emmanuel Macron stood by the proposed pension reforms, which were a key promise of his election campaign in 2017.

Under the reforms, 42 different pension schemes would be replaced by a single unified system designed to revitalise the country’s economy.


Those in opposition say the universal pension is an attack on workers’ rights and would mean people have to work longer for less.
There is no set end to the strike and some predict it could last until at least Christmas. Similar nationwide strikes in 1995 eventually resulted in the government capitulating to the unions’ key demands.
Union official Christian Grolier of the Force Ouvrière (Workers’ Force) said: “What we’ve got to do is shut the economy down. People are spoiling for a fight.”
A presidential official said Mr Macron “is convinced that the reform is needed, he is committed to the project he presented to the French public in 2017”.
Prime Minister Edouard Philippe is expected to lay out the framework for the reform next week.
Additional reporting by agencies