Delhi's air pollution - so bad it is literally off the chart

Partly cloudy starting in the evening.

Partly cloudy starting in the afternoon, continuing until...

Partly cloudy in the morning. 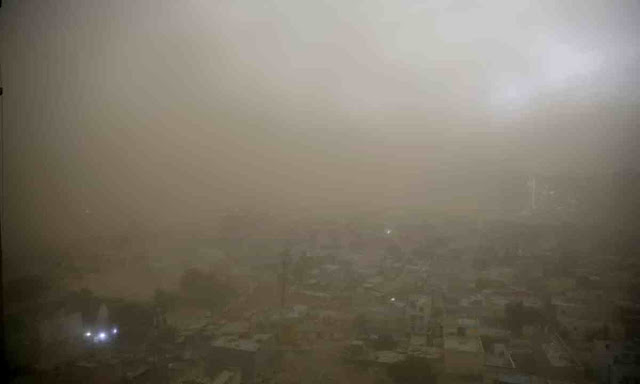 Smog more toxic than can be measured by monitoring devices has blanketed the Indian capital this week, months before the start of Delhi’s traditional “pollution season”.

A thick haze was visible across the city from Tuesday and some government pollution monitors have recorded concentrations of 999 – the highest they can measure – as dust storms kicked up in nearby Rajasthan state blanketed the region.

Though the billowing clouds of dust and sand were blamed for the immediate spike in pollution levels, the sight of dense smog engulfing Delhi months before winter has underscored a growing awareness that harmful air is a year-round problem for the city. 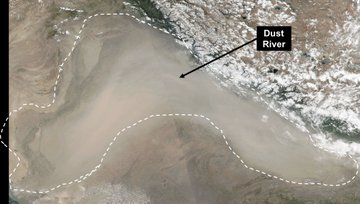 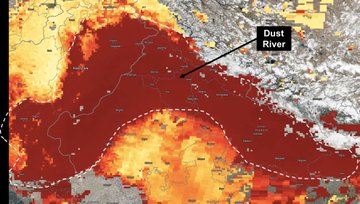 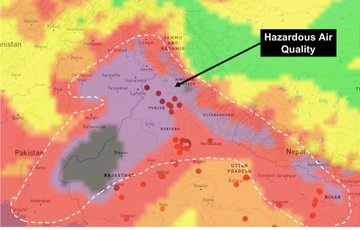 Air quality in Delhi usually begins to plummet in October when slower winds and cooler temperatures trap pollutants closer to the ground.

But data published by the government’s Central Pollution Control Board shows that air quality has been classed “very unhealthy” – with index scores as high as 270 – every April and May for the past three years, or since authorities began collecting and publishing the statistics.

Just a single day in April or May of the past three years had air classified as “good” – 12 April this year, when levels fell to 99. “It clearly shows that this is also a summertime problem,” said Aishwarya Sudhir, an independent researcher who studies air quality in India.

Authorities have ordered a halt to all construction in the capital and its satellite cities until the weekend to reduce pollution levels, and doctors have advised people to stay indoors as much as possible.

Meteorologists said the presence of a layer of dust across the city is also trapping heat, sending temperatures soaring in excess of 40C.

Concern about north India’s air quality crisis is usually most acute after the Hindu festival of Diwali in autumn, when hundreds of thousands of Indians release firecrackers that combine with existing pollutants to form a poisonous haze over the region that persists for months until temperatures cool. Public health experts said pollution levels on some days in November last year were the equivalent of smoking 50 cigarettes per day.

India, home to 14 of the world’s top 20 most polluted cities, has the highest rate of respiratory diseases of any country. A leading lung specialist, Arvind Kumar, says the cancer patients he sees Delhi are younger, more often female and more likely to be non smokers than those outside the city.

Children are the most vulnerable: a 2015 study concluded about half Delhi’s 4.4m schoolchildren had stunted lung development and would never completely recover.

But pressure on local and central governments to act usually clears along with the air in February when warmer temperatures help to thin the smog.

Sudhir said this week’s spike in pollution was a wake-up call that Delhi’s air is rarely safe. “Polluting activities keep going on in the city during summer, including construction, allowing road dust to linger, the operation of coal-fired power plants and other things,” she said.

Under an action plan in place since January 2017, pollution levels of the kind recorded this week should have resulted in trucks being denied entry into the city, the closure of brick kilns and other polluting industries, and a ban on using diesel generators.

Yet the government seems only to implement some of these measures, and only in response to public outcry, she said.

“We tend to act only when it’s an emergency,” she said. “There were forecasts that dust storms would sweep the entire region. They should have acted on these weeks ago, not when it became this severe.”