This whole story is replete with hypocrisy and double standards. True, this policy is inhumane and disgusting but it did not start with Trump. It has been on the books since 2002 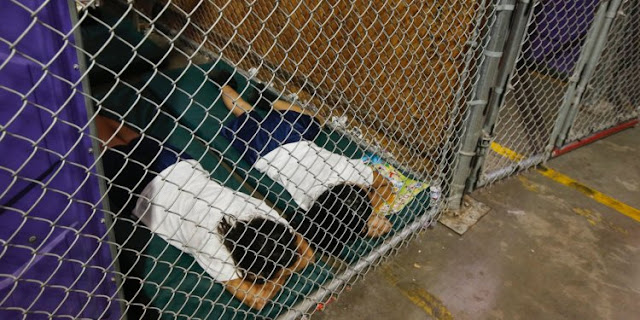 The biggest story in the United States right now is the holding of Illegal Alien children in Detention Centers, separate from their parents who've been charged with the crime of illegal entry into the United States.

People are utterly OUTRAGED at President Trump, thinking this is HIS policy.  It is not.  It is the law of the land and it has been this way since November 25, 2002.
By the way: Hillary Clinton, Joe Biden, John Kerry and a slew of other Democrat Senators . . .voted IN FAVOR of this!
In 2002, a Bill, H.R. 5005 (Homeland Security Act of 2002 ), was voted upon in the United States Senate on November 19, 2002, at 07:34 PM.
Among many other things, that Bill requires children of illegal aliens caught crossing the US Border to be placed in DETENTION.
Here is the relevant text of the law: 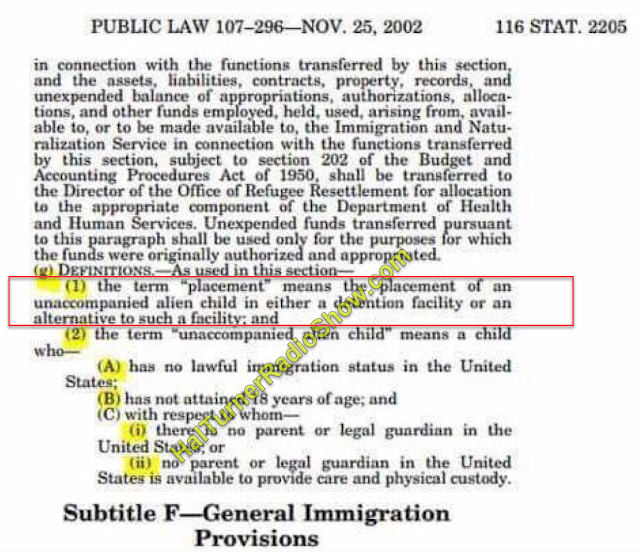 At this LINK, from the official records of the United States Senate, you can see for yourself that of 100 US Senators, 90 voted IN FAVOR of this Bill.
Among those voting in favor:  Hillary Clinton; who joins countless others in screeching about how terrible this is! SHE VOTED FOR IT!
So the procedure for DETENTION of children of illegal aliens caught crossing the US Border, has been the law of this country since November 2002.


But see this (cited by Daniel McAdams) 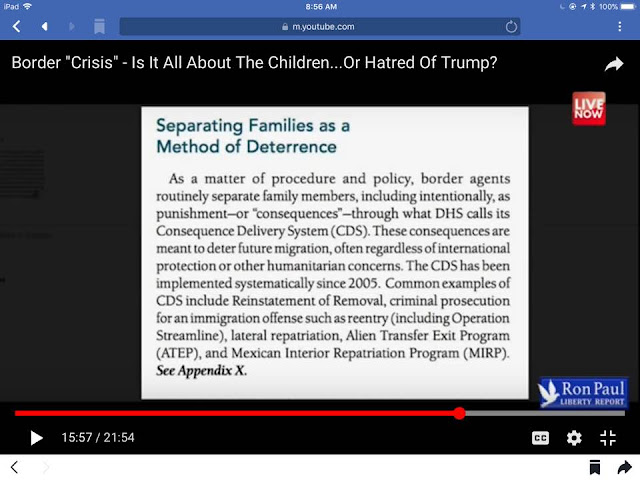